Backstory:
In the years leading following the death of Emperor Palpatine, a system at the far edge of imperial rule revolted against the remain imperial powers and set up its own separate government.
Calling itself the Cathol Republic, the new government modeled its military after the empire, straight down to using their own variations of storm trooper armor, tie fighters, and star destroyers.
The ruling house of the new republic was a secretive sect of force users, a family of Catholians known as the Sinh Clan. The Sinh Clan was divided into two sub-groups:
The High Lords which were only made up by the Sinh family itself, and the Lower Knights made up of members of other families and races allowed to learn under the High Lords’ tutelage.
When the Lower Knights proved to be more influenced by the dark side, the High Lords formed a third group, a special sect of assassins picked from the most force sensitive Catholians. designed specifically to keep the Lower Knights in check as well as protect the Republic from to outside threats. The Hand of Cathol.

Kuu-Gar Sinh is one such member of the Hand of Cathol, the youngest son of the Supreme High Lord, he was among the first to be chosen to train as part of the Hand, and quickly became their best enforcer. As a youth he fought alongside General Fatalis, viewing him as a friend and a brother figure, before being whisked away to be trained as part of the new order. Never did he think he would have to someday cross blades with his old friend… 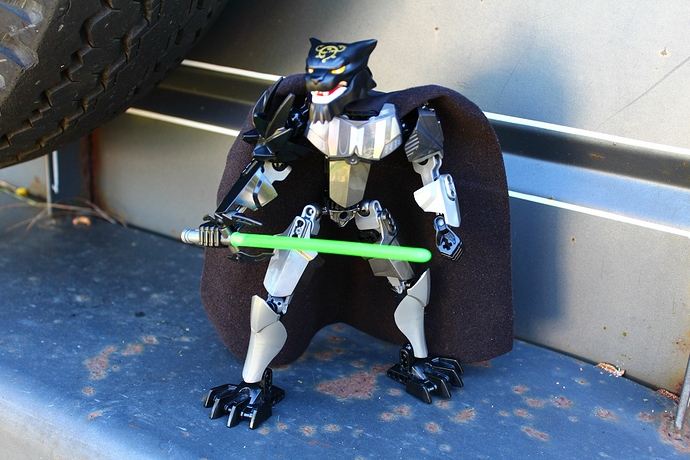 Sinh Fatalis was once the greatest of the Lower Knights, leading the Republic’s forces in many victories against the imperial remnant. In the final battle against the empire, the knight was gravely wounded resulting in the loss of his arm.
Because he was taken from the battlefield early, he was not credited for the victory won in the battle, causing him to slowly grow bitter against the High Lords. As his bitterness grew, he began to secretly train his own order of force users, devising to someday overthrow the High Lords and kill everyone bearing the name Sinh. 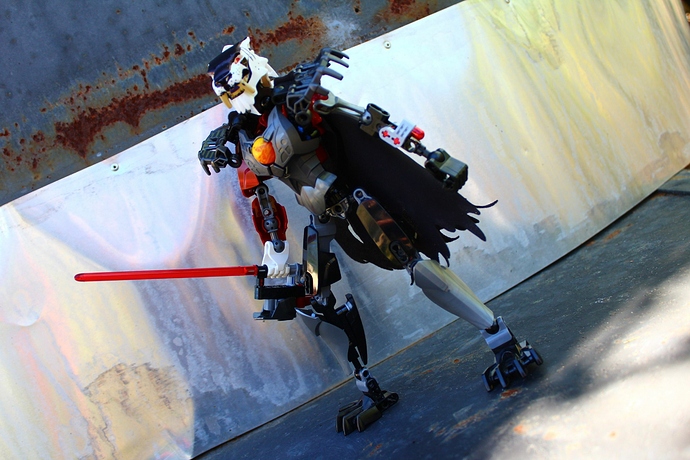 Coolio, man.
But the bottom one needs a better arm.

Interesting, I particularly like the look of the second one and the battle worn vibe he gives off.

The second one is much more interesting to look at than the first.

Look out Kuu-Gar Sinh! You’re about to get run over by Rub-Bar Tyer!

Who knew Chima had Jedi?

Nice. I like the painted head on the second one, but maybe replace his right lower arm with another bone. The exposed arm bit coupled with the camera angle looks unfinished.

Thanks dudes!
Fatalis was kind of a happy accident build.
I started out experimenting to see how well the 2006-2009 Inika upper body piece would work with the new 2016 ‘Uniter’ body piece.
As you can see, It fits perfectly like a tailored glove, without needing any alterations.
So, Fatalis is a Inika/Uniter hybrid!

I’m not too happy with how his cyborg arm turned out, so I might change it to look more bulky or something… 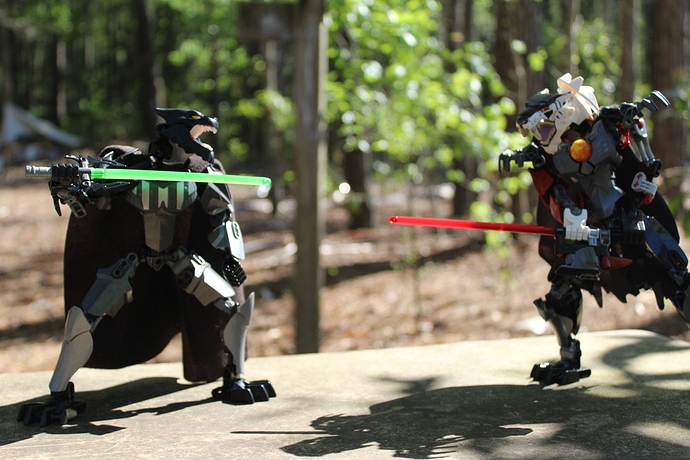 Keep an eye out for a future animated video!

I did not know Anthromorphised Felines can become Jedi and Siths

Hey, if wookies can be Jedi, why can’t cats?

Besides technically these aren’t Jedi and Sith, they’re just another group of laser-sword swinging crazies.

Sinh Fatalis is much better, but I feel like his left arm could be a bit more solid

I’ve been thinking of making a MOC with a chi panthar head and I’ve been looking for this!
It’s simple but it still looks really cool!