Lack of detail in CCBS parts

Lack? He has the most out of all of them? How?
But yeah, Tahu has 6 details, whereas Gali or Lewa have 2, Pohatu has 3, Onua and Kopaka have 4, and Each protector has 1-2 (including Ekimu).

Lack? He has the most out of all of them? How?
But yeah, Tahu has 6 details, whereas Gali or Lewa have 2, Pohatu has 3, Onua and Kopaka have 4, and Each protector has 1-2 (including Ekimu).

To be clear Im not talking about the stickers, but the actual little details in the pieces such as the little vents, pistons, holes, bumps, spaces, lines, etc…

I like the smoothness of CCBS pieces. It makes integrating System into my CCBS builds (or CCBS into my System builds) easier since there isn’t an obvious aesthetic dissonance.

I do wish more CCBS pieces had the rough texture like on CCBS detail parts (like on parts of the chests of the Toa or the Protector ‘chestplates’, for example) and on System triangular slope pieces.

It may help the movement of the joints, but it just doesnt look… Bionicle

Lack of detail, eh? Let me tell you something:
CCBS was actually designed to have a lack of detail in the first place. The reason of said mention is because there are objects called “details”.
Simply put, details add detail; you clip them onto a CCBS she’ll whenever needed. However, the Shell itself adds lots of detail just by existing. How, you might ask?
Simply put, CCBS was designed only to have non-versatile shells and bones to connect together and make something easy-to-build. CCBS was only made to be versatile and undetailed.
Now, granted, there are certain parts (like the Breakout and BA torsos) that have miniscule detail. However, you can’t make much out of these parts as versatile. You could build a house out of CCBS, but with normal mechanical technic Bionicle, you have no ability to make anything outside of figurines.
Granted, CCBS is used to make figures only, but can achieve so much more than Bionicle parts can with organic creatures.

Now, granted, there are certain parts (like the Breakout and BA torsos) that have miniscule detail. However, you can’t make much out of these parts as versatile. You could build a house out of CCBS, but with normal mechanical technic Bionicle, you have no ability to make anything outside of figurines.

A house is pushing it, but I’ll agree for the sake of agreeing. 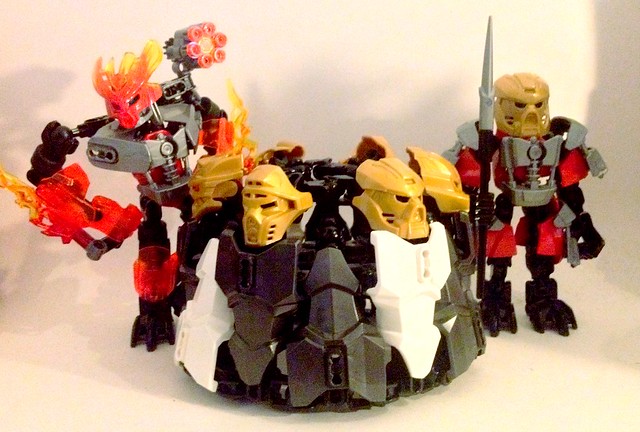 Besides, I was able to build this. I think this accounts for how versatile the new system is.

I’d love to ccbs armor plate with Pistons and holes but still connect onto the bone structure. To be clear I’m talking about the 3,5 long pieces like that and not armor add-ons.

If I’ve said it once, I’ve said it one thousand times. All lego has to do is add a wee bit of technic and more armor add-ons and ccbs will be a perfect vessel for bionicle. If you want smooth though, ccbs is awesome! You could make zero suit gali if you wanted.

You could make zero suit gali if you wanted.

Why does everyone have a problem with this? If anything, the smoothness makes the new sets look more organic than there Gen 1 iterations. They don’t have unnecessary detail that makes them look like a bunch of weird veins that pop out of their arms and legs, and the smoothness creates a sort of tone for each character.

The gen 1 sets had a bio and mechanical aesthetic, gen 2 has a smooth and biological aesthetic. The new ones could easily be a normal person in armor while the old set were clearly not just a person in armor. There were bionicles, something unquie from anything else and the new sets are to simular to any other constraction set even with the gear box. Try putting a furno head on Tahu, he looks very hero factory, it’s not that they look bad, it’s that they look simular to other lines n’ such.

No religious discussion /s
but.

Besides, I was able to build this.

THAT. IS. AWESOME. (Also I love that Jaller too :3)
And yeah, we could stand to get more detailed shell pieces. The rib piece in the summer sets is a start.

Honestly, considering how it’s gone so far I suspect this generation of BIONICLE will be going more towards the organic look than the mechanical look… At least for the villains.

Let me just fix that
face palms at misspelling of aesthetic

I don’t know what your thinking, but it’s probably not what I meant.

The second Oh is in disgust.

I thought it was funny, I smiled.

This discussion has been had so many times and a conclusion has never been drawn.
Let’s all just agree to disagree. Some people will prefer the detailed biomechanical look of Gen 1 molds, and others will prefer the smoother, simpler ccbs pieces.

Exactly, humanoid but not human. Great way of putting it.

But these aren’t Toa/Matoran/Turaga. These are Masters/Villagers/Protectors. These aren’t your old Bionicles anymore.

But that’s why the new line seems less unquie then the old, I don’t think it’s bad or anything I freaking love the sets and bought them all, but it looks to close to any other constraction set is all.