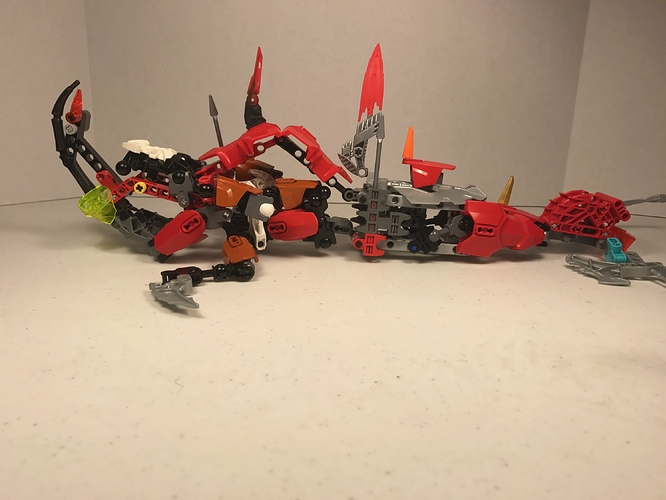 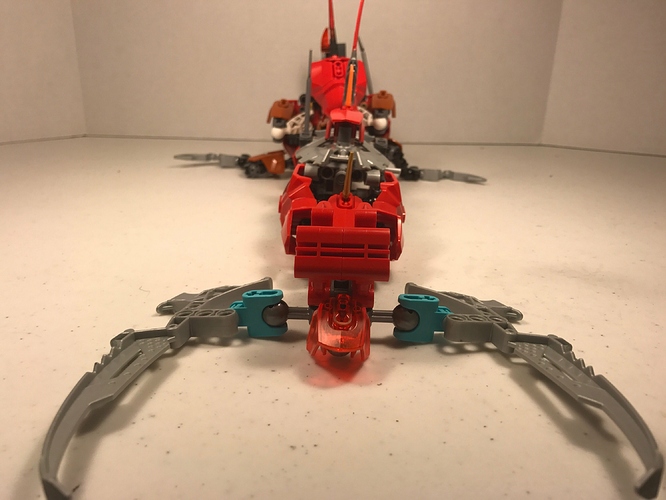 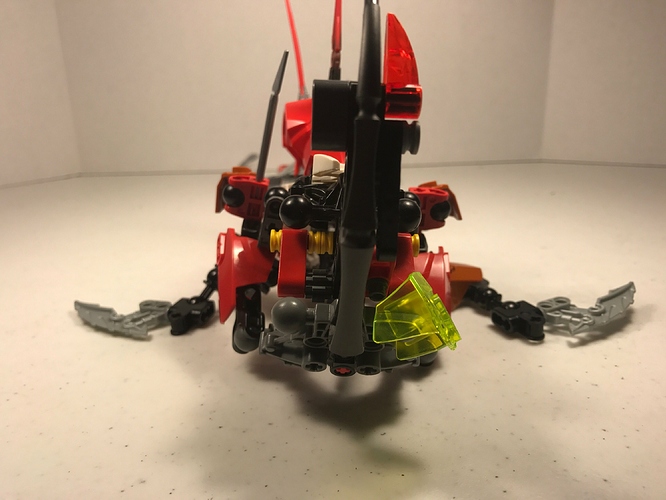 Oh yea…the timeline…
Eh whatever, I just had this old head design laying around and a few extra minutes and I threw this thing together for the third time. 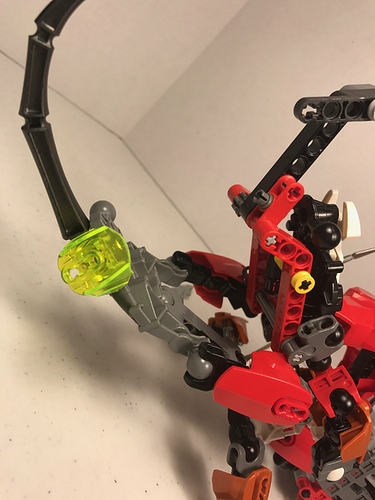 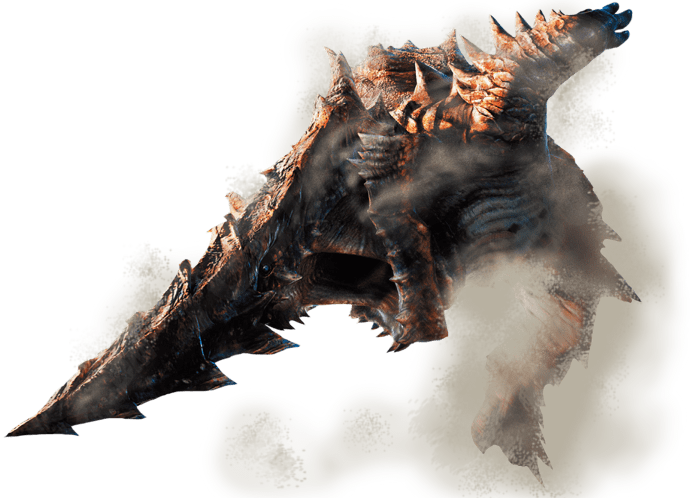 IMG_0840.PNG1384×1000 1.2 MB
I had fallen in love with the Dah’ren Mohran after playing mh4u and wanted to make a big sand whale moc that I would use with this big pirate ship set I picked up earlier.
I still have that ship 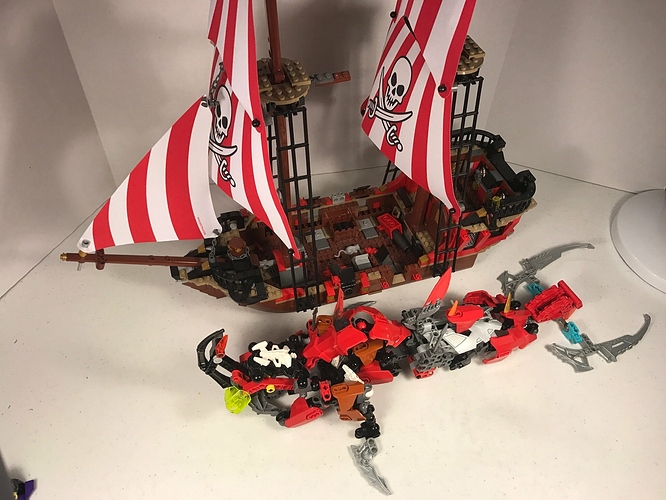 Similar to how I based the original concept on a boss fight from a video game, I tried doing the same thing with this version. V3 was loosely modeled after the Dirge and Pelagia fights from Shadow of the Colossus. The fight would go a as follows: 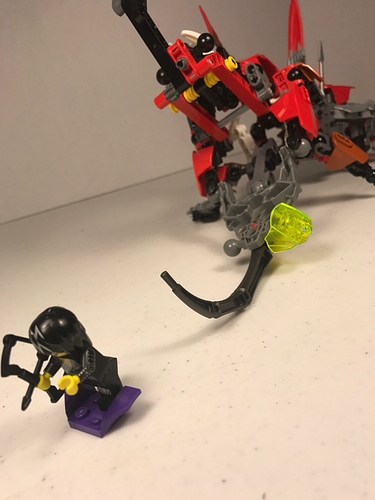 IMG_0847.JPG2250×3000 835 KB
The player having entered the beast’s subterranean lair would need to find higher ground while the gigantic beast chased them.
In the next part, the player would need to shoot a projectile at the glowing spot on the beast’s chin causing it to swerve left and hit the wall of the cave or a stone pillar. This would stun it for a few seconds allowing the player to jump on. 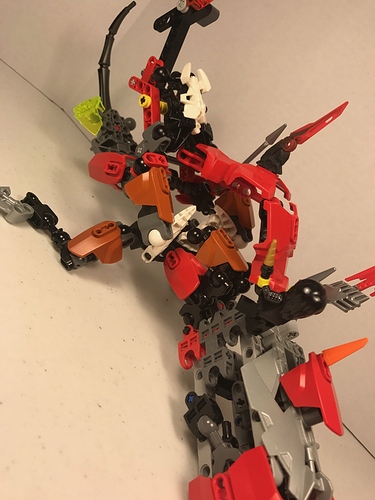 IMG_0848.JPG2250×3000 945 KB
The player after exhausting a weak point on its back between its armor would need to hold on to one of the many spears lodged into the creatures back to prevent flying off. The player would then have to hit one of the three dorsal spines to control the creature’s direction as it swam and cause it to crash into more things and exposing more weak points 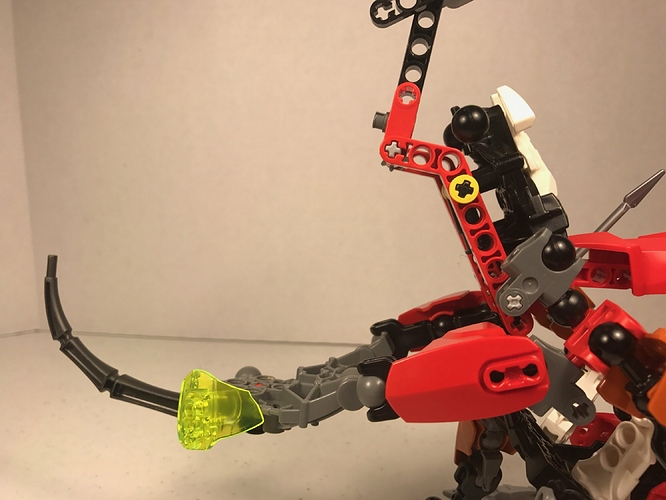 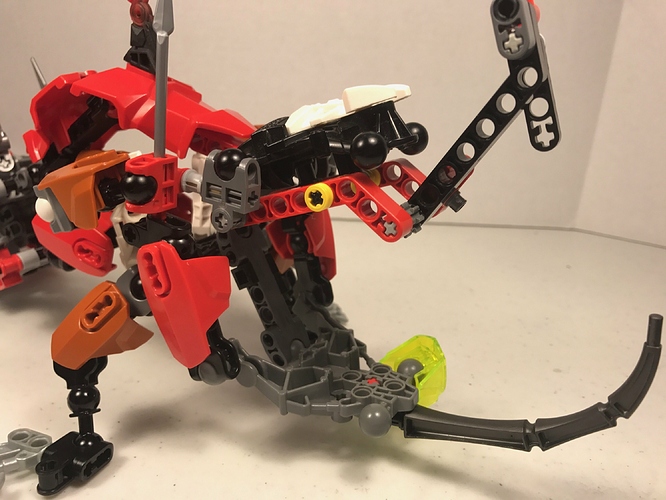 Somehow I made the text this way and I don’t know how. I’m scared

So it’s a land whale. It’s by far one of my beaker mocs but I consider it special. I vew him ast the “good guy” of my collection. Hope you’re enjoyed

What do you want me to show off next? Muscle man or spooky vampire?

spooky vampire, because spooks are nice.
As for the MOC it’s nice.
but the colors are everywhere
and that’s not nice

Nice silhouette but there are gaps everywhere

It said exactly what was in the moc but with a little humor.

I didn’t really mind the change that much. Looking back I kind of regret it.

I know, that was a joke.
a joke i made when I was extremely tired

I’ve always loved the concept of land and sky whales.

I’m definitely intrigued, but it seems a little too angular for an organic creature. Good luck!

Personally, I’d go with the muscle-man next.

What do you want me to show off next? Muscle man or spooky vampire?