Never have the winds of change blown more harshly than under the deceptively calm gaze of this young Le-Nui. Arisen in chaos, driven through war and destruction, always moving on to the next chapter before even finishing the last… 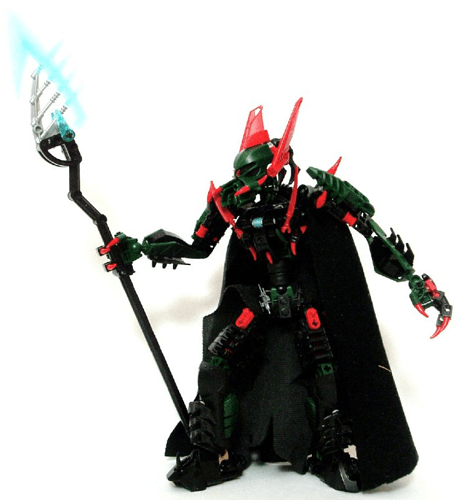 Serving as a member of the Toa Vanembar, defenders of the Island of Poliaz, Gringat was an eccentric and crafty individual who made up for his lack of strength and stamina with a keen mind for technology and an equally keen command of his element. 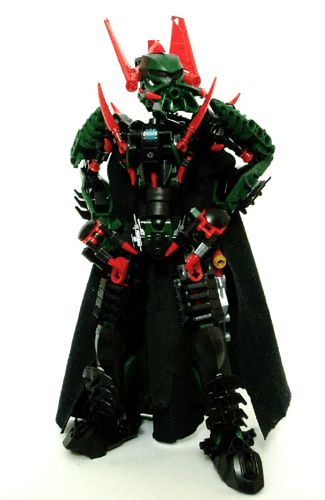 Wearing the infamous Mask of Summoning, Gringat became more and more immersed in the workings of the ecosystems and rahi of the Matoran Universe, mostly out of necessity; unable to command the creatures of the MU he made sure their natural behaviour would work in his favour. 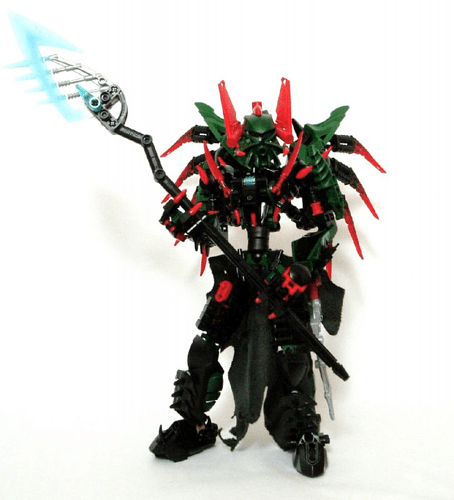 Alas, his time with his toa team was not to last. One by one its members were slain or lost until only he and Xalos remained. In hiding on the island of Mata-Nui, Gringat received a strange vision calling him and his brother to the island of Korrothis, far beneath them. 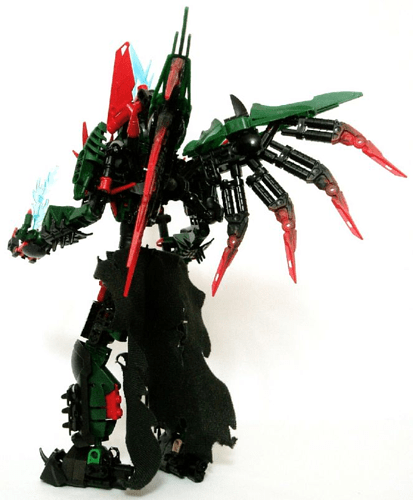 The vision had come from Ia, a powerful Toa of Psionics living on the island. The Matoran Universe had been flung into a state of chaos after the sudden deaths of the Le-Nui and Ko-Nui in the culmination of a plot that had been in the making for decades. With them dead, a Weavestorm enveloped the Matoran Universe as its elements were knocked out of balance. 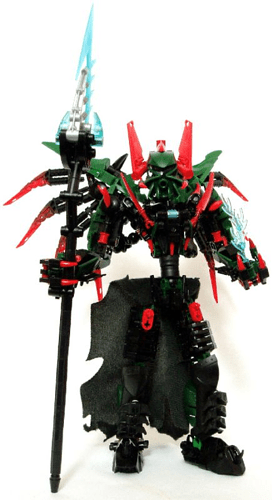 Hurricane-force winds wracked the Universe. Most Ko and Le-matoran or toa were sickened or killed by the flux in energies, and other elementally sensitive beings did not fare much better. Battling through the storms and swathes of enraged spirits, Gringat and Xalos made their way down, through the chaos of Metru Nui, over the vast, treacherous landscapes of the Northern Continent and finally to the thorny shores of Korrothis. 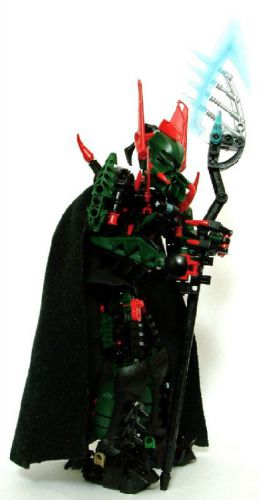 Pledging himself to the “Air Spirit”, Letoka, Gringat sacrificed much of himself to stabilise the Matoran Universe, and in doing so became the new Le-Nui, not so much by choice as necessity, as his brother did the same for Kotoka. 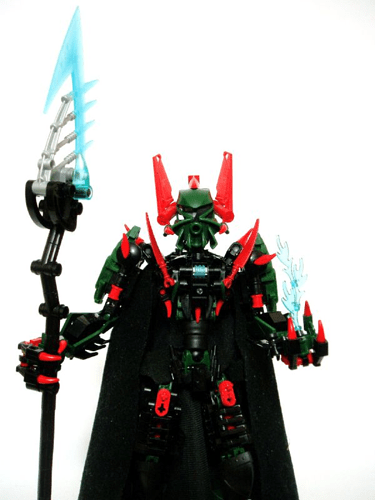 As the new Le-Nui, Gringat became one with Letoka, able to transform himself into pure air and back again with ease, and sense disturbances across the universe as if they were within his own body. He was gifted with a rare fused mask named the Kanohi Sirion, which was a fusion of the Zatth, Faxon and Rau that allowed him to not only summon rahi, but communicate with them and mimic their abilities as well. Like all the Elemental Lords, Gringat was also tasked with training new toa that came to the Island of Korrothis.

Later on, Gringat would became famous/infamous for uprooting the island that had stood there for millenia following the Great Cataclysm, allowing it to move throughout the Matoran Universe and continue its duty of regulating the Weave despite a lack of response from Mata-Nui. It is this airborn Korrothis that blasted a hole in the Great Spirit Robot’s chest and inflicted a six-fold weavestorm as it left, weakening Teridax’s control, crashed in the deserts of Bara Magna, and was revived centuries later to lead a colonisation mission to the lost world of Atmos Magna…

Gringat himself entered the myths and legends of the Akonians descended from those colonists… it is said he led a wondrous civilization on the planet for 600 years until Ezru the Usurper murdered him and split his soul into a million pieces. These “Levokah” still exist, and the planet, now called Tempesta Magna, remains almost uninhabitable thanks to the storms raging across its surface.


Another old MOC! Still built, but not updated in nearly four years… university again…
But, again, still built! Just remember the HF3.0 parts on him are the newest he has, CCs are appreciated as ever.

And yes, he is my self-MOC.

The lower arms look a little odd, but I love the rest, especially the legs.

@21sselliW Funny story, I’ve kept the arms as those rahkshi leg pieces because of a joke years back with Shadowgear. We used to make fun of him for having a gear fetish (or a keetorange fetish, either or) and he replied by saying I had a rahkshi limb fetish. SO I had planned to go for something different, but because of that I decided to keep them.

This reminded me of one of Jang’s Mocs 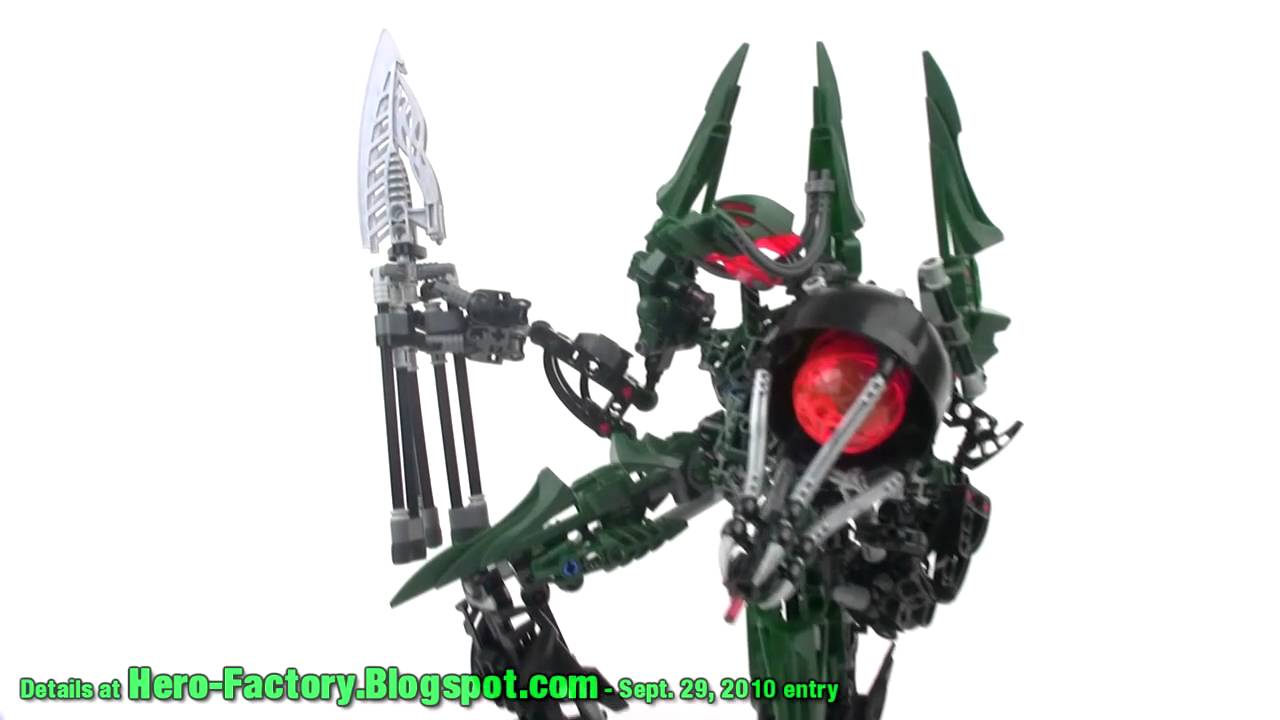 Nice colour scheme. not so sure about the ULTRA-thin torso. Wings are glorious.

It looks good, especially the wings. Can’t believe this moc is three years old already. I think it’s high time for an upgrade.

I’ve always liked Gringat, but man, I never knew you gave him wings like that! He’s the more awesomer for it.

Still love this guy. The wings and torso are brilliantly designed. My only critique is how thin the waist is.

@Rockho Hehe, I liked that one. Very wierd, but good. I’m a fan of his.

That said… Gringat came first. By about a year and a half

Dang, that color scheme is sweet! I think the blue doesn’t need to be there but he’s still great with it. The build is cool, those wings are amazing, cape is nice.

Overall, great moc, I love everything. 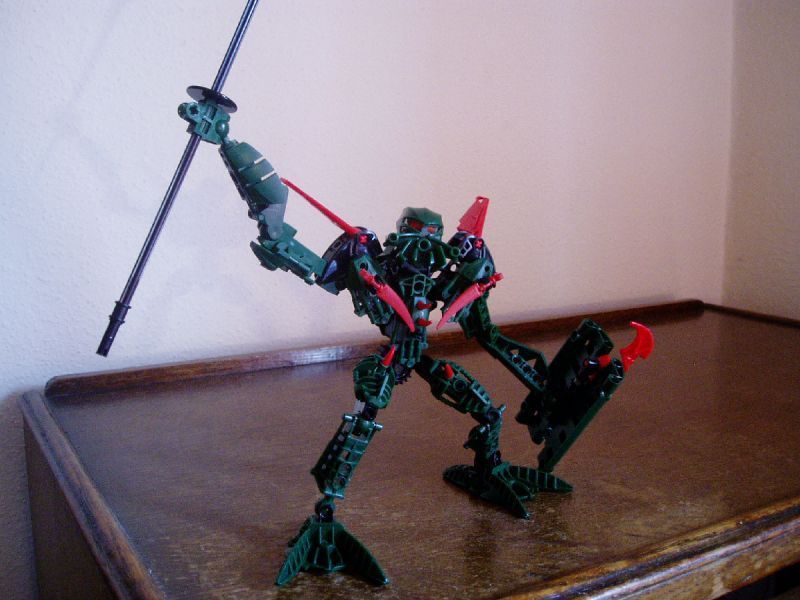 My eyes…what’s with the asymmetrical arms…

Everyone keeps saying that he is too skinny, I think it works. Good work as always!

This is very well made and overall amazing!

I’m done. This is the best MOC out there.

This is one of my all time favourites, it’s just so well done and the colour scheme is amazing. I loved it in the days of mocpages, and it still remains as one of my favourites to this day.

Oh my gosh, I just saw that he has an eyepatch.

The ice spear is out of place.
other that that this is a great MOC.