Let's Write A Story Together!: The BOOK!

Credit where credit’s due.

Once upon a time, there was a place, and this place was Walmart. And in this Walmart, there were many items of interest for sale. Most of them were stacked as high as the eye can see. But one item stood out from the others.
It was the mighty BIONICLE bootleg, in the cereal isle. And this mighty Bootleg was unlike any other, for it was EDIBLE! Hence why it was in the cereal isle. The label read “Rocka Nui.”
It was the one splash of color in the Walmart, as it was a strategic store in the war between Walmart and Tarblix, a combination of Target and Publix.
This bootleg had one hidden gem inside. For eons, many noble heroes tried to claim such a treasure. And all of them failed, having to pay the full price: 17 bucks. The war had kept many from purchasing it, as many have fallen to Tarblix’s evil propaganda n’ such. Oh, the war… It started in 1796, when president Steven Colbert was given a letter.
But then, a mighty Bingzak appeared with 17 dollars in hand! The Bingzak bought the Rocka Nui from Ban, the cashier and a privite. Little did he know, he would play an instrumental role in stopping the Tarblix Emipre. But little did Bingzak know, Ben was a secret spy from the Tarblix Empire.
Bingzak bought the Rocka Nui! But to his utter dismay, when he got home, it was only some wheatabix and a low quality rip off of the Zombie Furno Movie in the Matoran Language.
Meanwhile, at Walmart, Ben drowned. He met a terrible fate. Then, he became a battery save on a copy of Legend of Zelda: Majora’s Mask.

##Chapter 2
This whole story got derailed like a freight train tripping over a cloud. Only one man knew how to stop the Illuminati…
The Illuminati died, as if dying was reversible. The story, thankfully, was back on track, as if it were the Hype Train! Pekekoa cursed in his anger.
“I’ll ruin this story next time. Heh heh heh… Next time!” He than ran off to his majestic cloud fortress. Suddenly, the Hype Train broke the Fourth Wall, like glass! Whaddon, blaming Pekekoa, shouted, chasing the scheming Villager of Jungle, “Get back here, Foul Demon!”
“Never!” Pekekoa replied, grin on his face, as he shut the gate on Whaddon. “Imma play Majora’s Mask now…” he says as he boots up his N64, inserts the game, takes out the game, blows into the hole on the bottom, and puts the game back in, and clicks Start. “Hey, TFM.”
“Not now, punk.”
“Don’t call me punk! Anyways, your stance on Majora’s.”
Pekekoa started to argue with me, somehow bypassing any limitation that Whaddon would’ve had to surpass. Whaddon, ever observant, notices that this is the Ben Drowned cartridge.
“NOOOOOOOOOOOOO, Pekekoa! Don’t do it!! You will die a terrible fate! NOOOOOOOOOOOOO!” Humorously, Pekekoa opens a save file called Ben Drowned. After agruing with me and playing it for an hour, he goes to Walmart. And everything is only BIONICLE Knockoffs. As if Pekekoa’s presence is disgusting, the store teleports itself to Mata Nui, losing sentience, powers, and everything like that.
As Whaddon chased Pekekoa, and the Hype Train broke the Hype Train, a young, charming man, named Juan, entered the very same Walmart, another in the search for the Edible Bionicle Bootleg. He reminisced on his father’s stories of the quest, when you had to walk to Walmarts, and how the quest had always been unfulfilled, like the last.
Juan went into the toys isle, instaed of the cereal isle, and found what looked like his prize! He touched the bootleg! Than everything turned to Borohk Hives.
“NOOOOOOOOOOOOO!” Juan cried with his heart aburst. Whaddon, feeling sympathy, goves Juan every BIONICLE set ever, completing the offer with a ticket to the Hype Train!
In a twisty twist, Juan reveals he is secretly Kahi, disguising by calling himself by his last name. He gives all the bonkles ever to Eljay, and rides the Hype Train to Bionicle 2016. He sits down, the Hype Train’s Hype Thrusters activating. Being a doofus, Eljay skipped the ride, and went back in time to the Era of the Dinosaurs.
Back to Bingzak, after leaving the Walmart with the Rocka Nui, he was attacked by wild Donkey Kongs. Bingzak, attempting escape, ran when the Kings expanded. The realized that Rocka Nui as a MacGuffin, odd as it were, and the Kongs were from Tarblix.
The Hype Train, going 88 miles per hour, went back in time and charged directly to Eljay as he futilely attempts to block it.
Back to Bingzak, the Kongs, being evil, start to monologue, allowing Bingzak to use his secret weapon, given to him by the great weapon smith, Waj! This mighty weapon allowed it’s user to feel power, and summon a meteor that squished the Kongs. Bingzak took he opprotunity to run. Run really fast.Bingzak approched a set of two open doors. He enters the one on the left.
Bingzak, decided his name was outdated, renamed himself to Stanley. As it turns out, Stanley finds himself on the Hype Train with Kahi.
The Hype Train, having it’s own mind or something, traveled to BJ’s, an ally of Tarblix. Rocka Nui shuddered in anticipation. They lurched into a stop. A door fell, and invading Hype Pirates entered, thieves of Hype, leaded by Greg.
The Hype Pirates kidnap Stanley, and place a cloth over his mouth. Luckily, he hid the MacGuffin in his sachel, safely out of sight. Greg, able to sense power, searches the sachel, much to Stanley’s dismay, finding the MacGuffin, and throws it, into the Place of Null Hype.
Thankfully, due to Ricka Nui’s magical abilities, it wasn’t destroyed.
“Oh, fool, nothing is safe from de-canonization.” Greg laughed maniacally.
The MacGuffin, angered by something, teleports itself to the Message Boards, finding Whaddon, and becoming a fat walrus.
The Hype Train arrives, with General Grievous, the Pink Fluffy Bionicle, Whaddon, Pekekoa, a Dorito/Shuriken-thing, a great being, a floating mask, a Swaggy dude, and a Cheetah made of Pizza. He climbs on, and the Hype Thrusters activate again, bringing them to the Mega Hype Portal. They enter the portal.
Stanley, forever alone, is trown into a jail cell wth Jimmy, a cat, and a lieutenant in the Walmartian Grand Army inside. And everyone lived happily ever after… for now.

Good luck, playing chronicler for an on-and-on-and-ongoing story is tough work. I speak from experience…

Yay. I love the part where I argue with you.

I should do a MOC Review site called “Rotten Avocados”.

I should do a MOC Review site called “Rotten Avocados”. 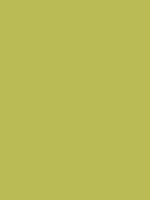 Gasp
The main Chartacher from Adventure has escaped

This story is over already, but later on I’ll be posting a part 2 topic, and all are welcome!

UPDATE: CHAPTER 1 IS OUT IN COMIC FORM!

Part 2 is out, for those who didn’t know.
Here is the link. http://board.ttvpodcast.com/t/lets-write-a-story-together-part-2/14552
Watch hilarity incarnate ensue.
Or you can participate in it, and have loads of lols.