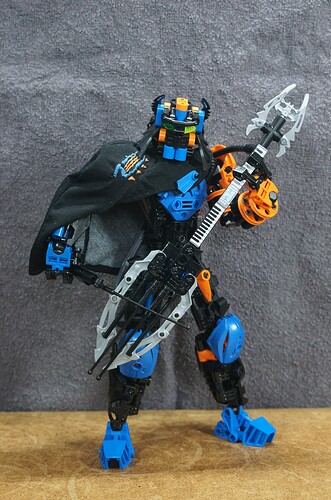 This was a more or less spontaneous build, which I honestly forgot why I built it. But it had something to do with the Layamat in RSG canon having the ability to weild all kinds of powers. So one who is a Spellsinger sounded fun. An interesting further twist to that might be having said spellsongs focus on necromancy. Kill your enemies, then resurrect them as an audience for your victory celebrations. Or something like that. But I haven’t really fleshed out the character. 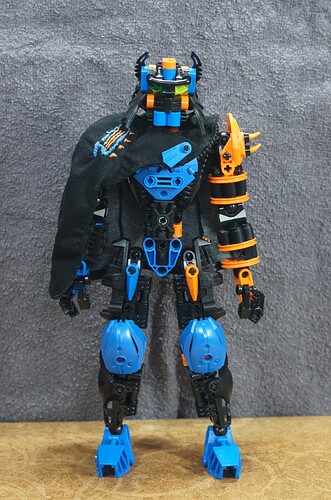 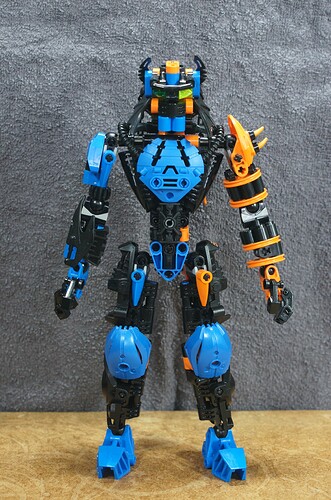 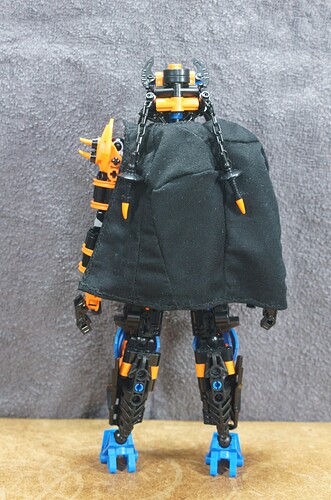 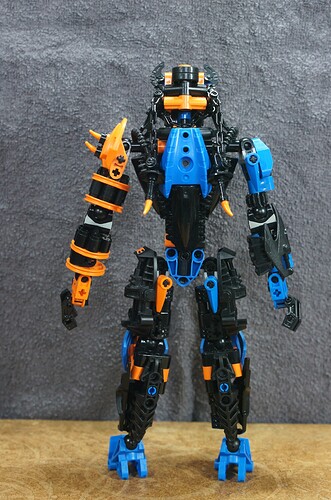 Tried out some assymetry as well as colours I don’t use that often this time around.
Also made attempts at freehand cape-making from scraps and embroidery. Not perfect, but I’m honestly pleasantly surprised. Could have turned out worse.

And I’m noticing that I didn’t take a picture of it, but the mouth is actually articulated, since the part is attached to a bar. 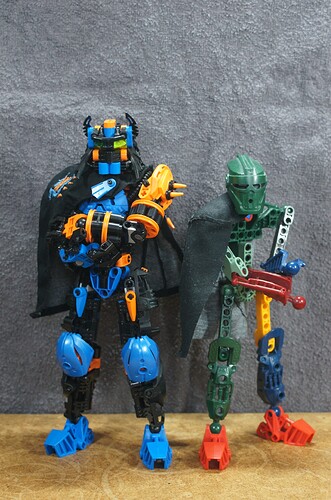 Overall turned out well enough, I think. Once I dissassemble Lhuma, looks like 'Nika Guy will get a new cape, too… though honestly it might look too high quality on him…

Otherwise, enjoy and as usual feel free to give C&C!

I tried to make some kind of new species too, but it is harder as I thought ^^’

ooo i love the colors!

The instrument looks very good, the asymmetry works quite well on them.
The head looks cool as well.