Lord of the Wasted Moons 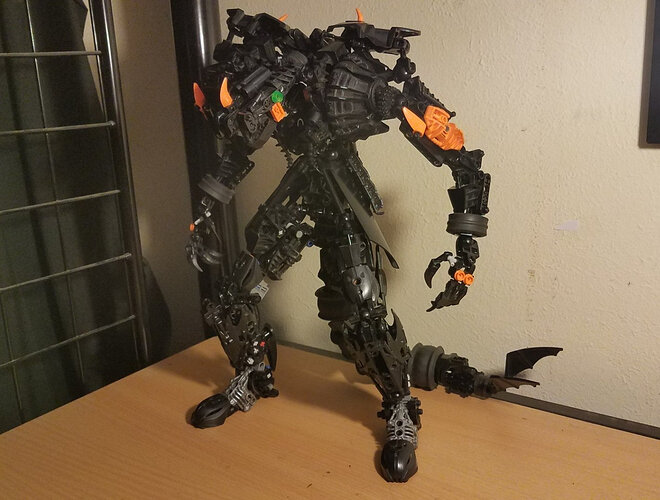 The sinister being dwells in the once mighty Lunar Kingdom. Thousands of moons surrounding a supermassive planet, great cities were built, the lord ruled strongly. 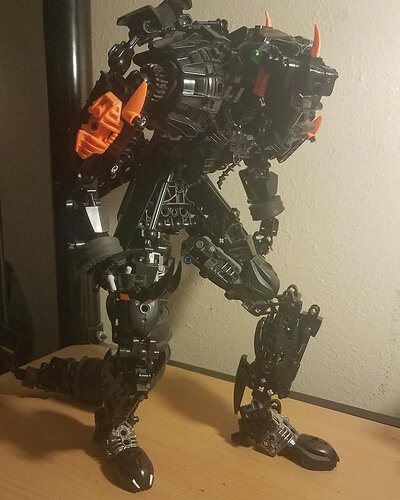 At the outbreak of the War of Divine Succession, he naturally aligned himself with the eldest son, whose capital sat on the very planet that formed the nucleus of his kingdom 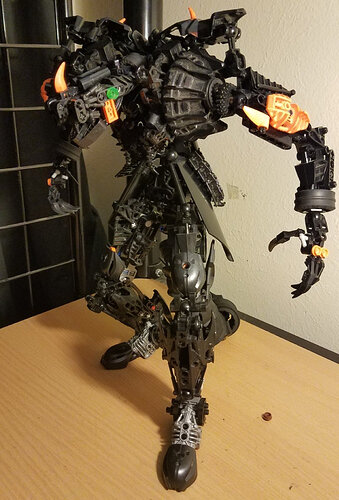 He became the most dangerous warlord in the eldest’s army. A brilliant tactician, powerful commander, and a force of destruction all by himself. Though he was powerful, the eldest son was killed. With his armies scattered across the cosmos, the Lunar Lord’s kingdom was left at the mercy of the remaining enemies. 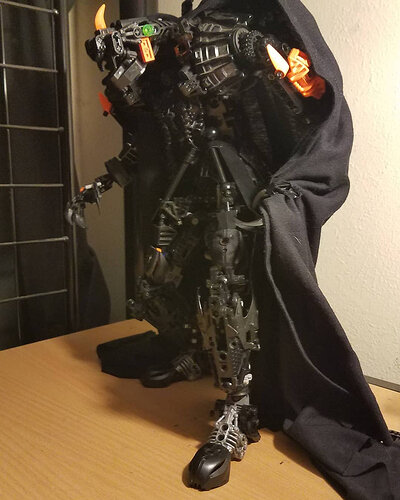 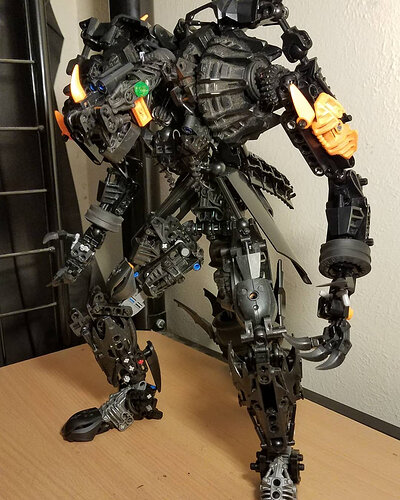 When he returned to his domain, he was overcome with grief. With a few surviving servants, he retreated to a secure fortress on a cold, desolate moon, where he would begin his spiral to madness. 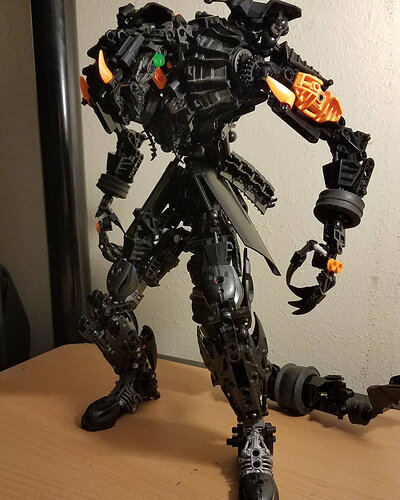 For many millennia he remained within his fortress, unlocking powerful secrets and abilities unknown to all but him.

What else can I say except…AMAAAZIIIIIIIINGGG!!! The build is awesome, but there are things you should do: You really have to add more orange, if you can’t, then just remove it… The head… I don’t really understand it… where is the mouth, eyes? Maybe try improving it?

And of course, welcome to the boards!

yeah, more orange will be added eventually. just gotta figure out how to distribute it. as for the head, the green studs are thr eyes, and the jaw is at the orange plate, you can see the black bohrok teeth where it opens. i would have put a closer image of the head but since this is my first post i couldn’t add any more in. there’s more pictures on my IG and on flickr.

Niiiiiice titan build there. Great design and armor on this.

Wow, this looks really sweet. Also, welcome to the boards!

This guy looks pretty sweet! My only suggestion would be to clean up some of the texturing (specifically on the waist and shoulders) so that it flows nicer. The orange is somewhat sporadically placed on him; if you have more orange I would try layer it differently and more intentionally. The overall shaping and proportions for him look great, though, so keep it up!

That’s one big, bulky, and beautiful beasty boy. Other than the previously-mentioned orange placement, he looks pretty sweet ^^

definitely going to put in some more orange, just been debating how to place it. thinking about isolating it to the upper body like it is currently, but obviously a lot more. the shoulders and upper arms are the one part of him i’m not happy with, gonna clean it up a lot in the future.

aaaaAAAAAAAAAAAHHHH
this is the TIGHTEST thing I’ve seen in the past MONTH, those shoulders are brilliant and holy cow those legs

they make you run faster, and jump higher.

He’s a big boy, but for the size the shaping and griebling looks great!

This is way cool and I totally dig it! Also neat backstory for this piece. Welcome to the boards!

I would like to echo what others have said and say the head could use some more definition to make it stand out from the body. I think more colored pieces like you mentioned would do the trick. Perhaps some streamlining though too so it flows a bit more visually. Tbh though I’m not sure how you’d accomplish that (I personally don’t MOC yet) so take my opinion as you will.

I’m usually not a fan of titan builds, but this is an exception.