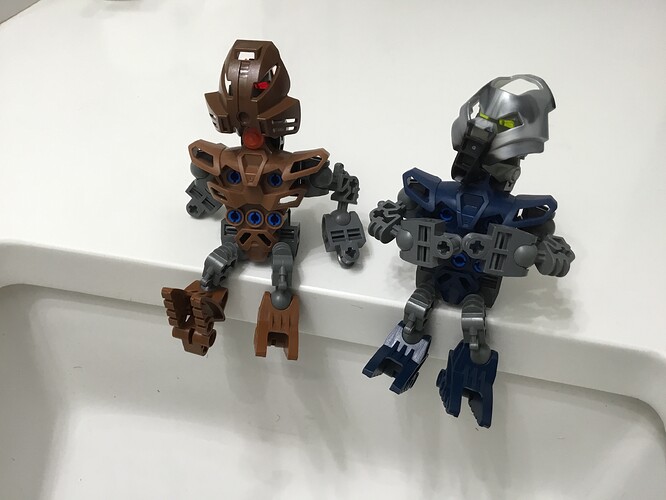 image3264×2448 1.23 MB
The two met in Ga-metru. It wasn’t their first outing, but it was the first time they had met by one of the protodermis rivers. Meetings wer cordial between the friends recently now lovers. It had been some time since their last day of privacy together. Macku was always busy at the docks, and Hewkii with the akilini disk matches. So at first, they simply sat in each others company. 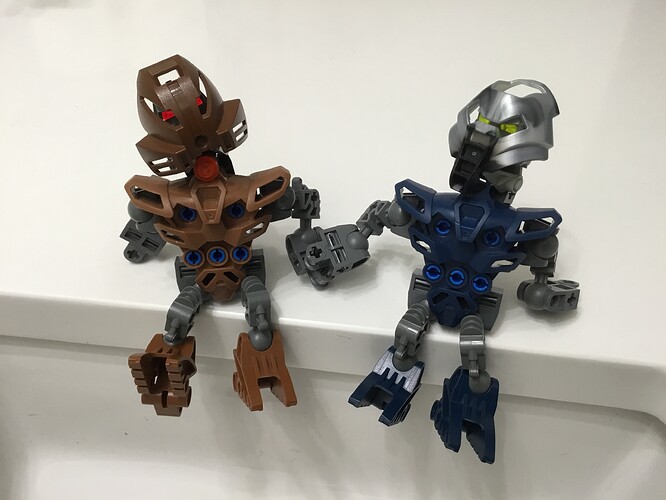 image3264×2448 1.37 MB
Resting a hand of Hewkii’s, Mackus eyes were cheerful. “Now we have the whole rest of today together, just the two of us.” Hewkii returned a curious grin. “You said to leave the planning to you. So what have you got in store?” His voice was eager, his hand turning to properly hold Mackus. 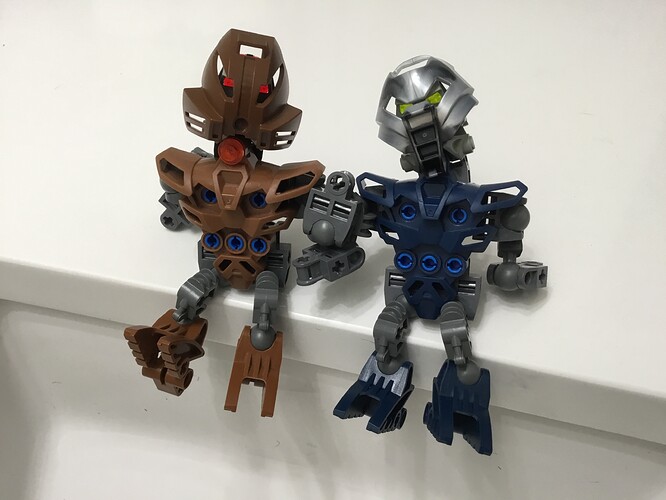 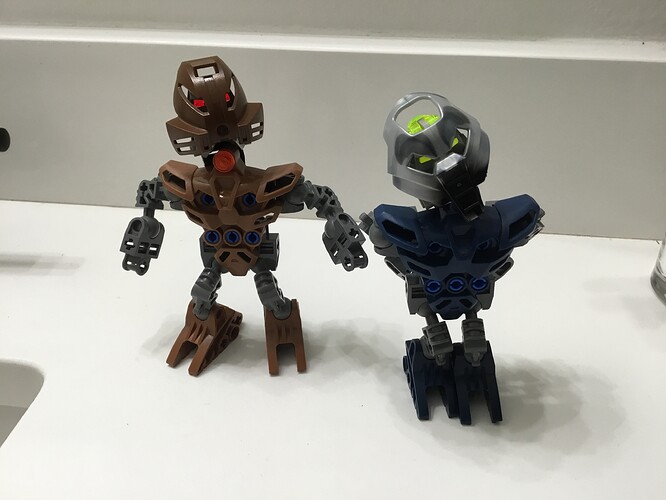 image3264×2448 1.26 MB
“Uh, Macku?”
“Yes?”
“This is a dancing circle…”
Before the two was a tiled out ring, surrounded on the sides by light foliage and various statues. There were areas for people to sit and watch whoever performed in the circle, though right now the two had the place to themselves.
Hewkii’s sudden nervousness brought Macku a chuckle. “Come on, is the Akilini champion afraid of dancing?”
“No,” the po-matoran answered quickly. He drug his feet along the ground some, “…I’ve just never done it before. Can you teach me?”
Macku smiled in excitement. 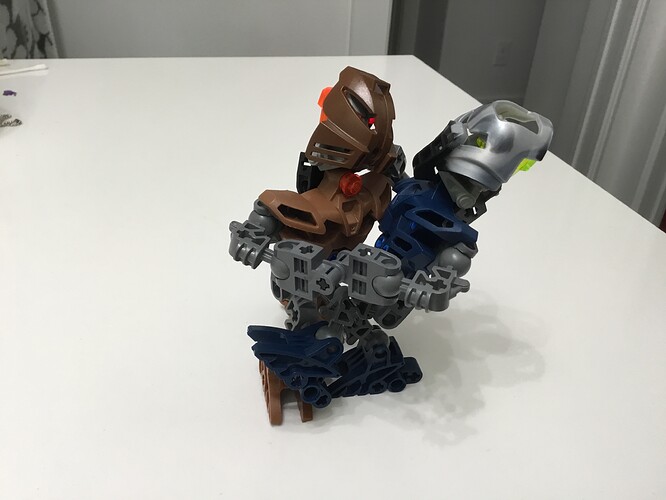 image3264×2448 1.22 MB
Hewkii was by no means the most agile, though he was quick on his feet from the sports matches. Macku quickly taught him some dances she had researched and practiced in preparation for this evening. Hewkii never got too fancy, Macku had her fun doing that, though he did manage to avoid stepping on her feet. Such closeness in their movements brought a sense invigoration. That Macku could trust Hewkii to hold her steady as she dipped and dived gave her comfort. And that Macku would teach this dancing to him so they could share it brought a warm smile to Hewkii’s face. 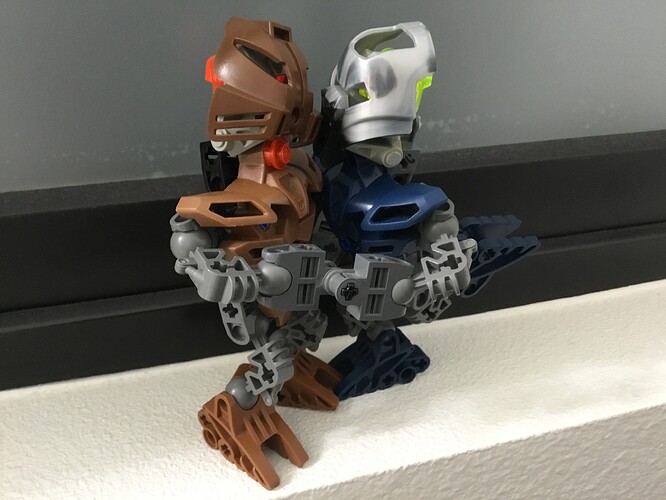 image3264×2448 1.08 MB
As their dance ended, and the two matoran stared wistfully into each other’s eye, Macku leaned forward and pulled Hewkii close. Her mask pressed against the side of his, and her giggle vibrated through theirs masks right to his heart. 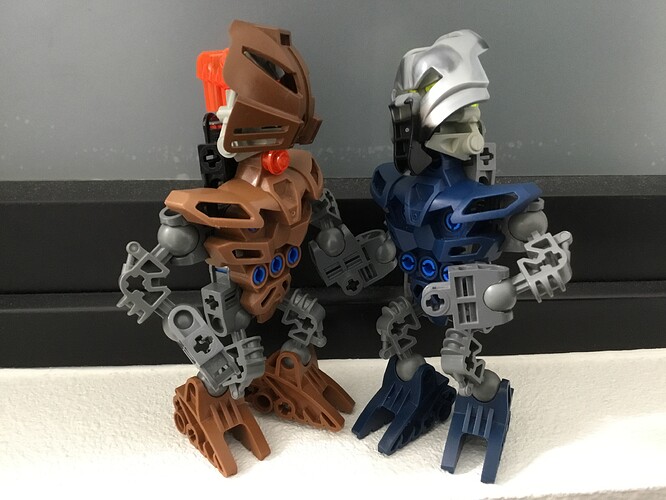 image3264×2448 1.1 MB
Hewkii’s was taken aback, his heart light glowing a bit brighter as it raced beneath his chest plate. Macku’s eyes seemed to gleam with a bashful joy. “Thanks for the dance, Hewkii.” She held back another giggle, feeling a bit silly. “I…thanks for teaching me.” the po-matoran responded, a small huff of steam trailing from his cheek-vents. “Let’s do more things together. Being with you makes me feel…a special kind of happy.”
Now Macku began to steam, and she began to draw Hewkii close again. She didn’t want to leave anything to chance now, not after this evening “Yes, let’s. Hewkii, I…I…I love you.”
The po-matoran realized what all of this had meant, both for Macku and for what he shared with her. Mostly, he realized that he had grown to feel the same way.
“…I love you too, Macku.” 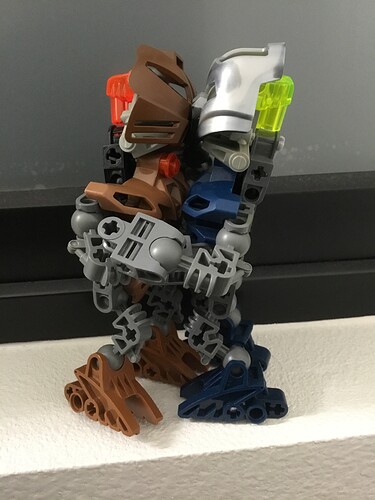 image2448×3264 1.18 MB
The two closed their distance completely. Mask came to mask as the two began their love in full, both feeling a little silly yet both filled with an overwhelming joy.

(There, got it off my chest. Been wanting to make this for a while and I finally got a huna that could work. I think they were cute in MNOG, so I’m doing a Metru version with what I’ve got. Hope you enjoy)

what did I really expect when reading that title

Very nice. This was neat to read