This was originally a MOC I created with the help of my brother, way back in 2009, which I have now re-created in Stud.io and improved with pieces I didn’t have before. 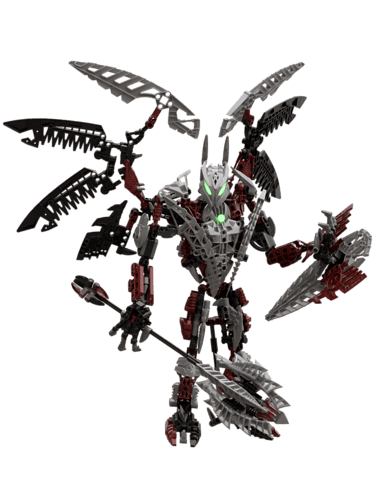 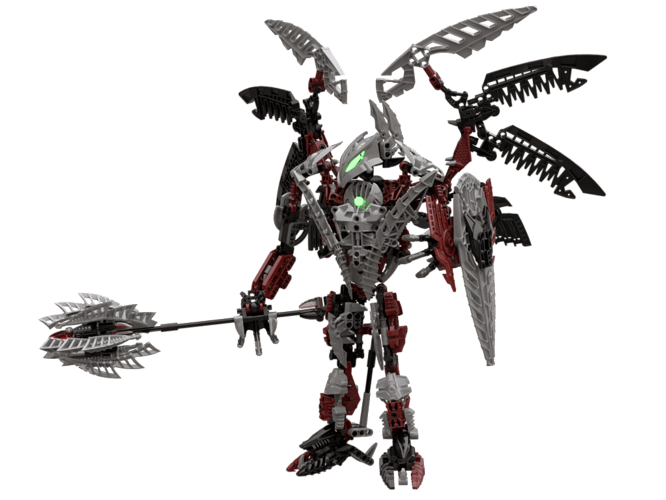 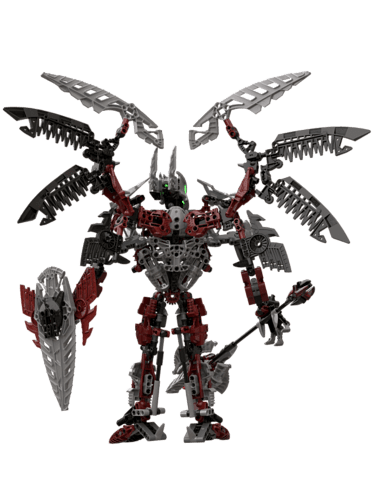 I originally build him with an axe, then later built a maul weapon based on Sauron’s Mace and the Witch King’s flail. When I tried it on Destynax, some folks on Discord told me it was the better weapon, so I went with it. Here are some pictures of his original weapon: 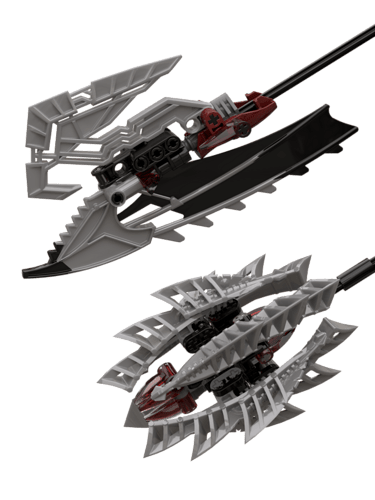 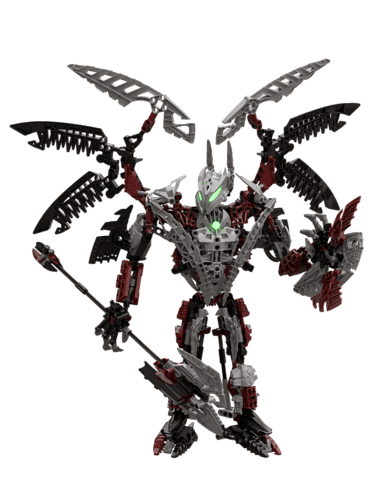 And here’s the original I built way back when: 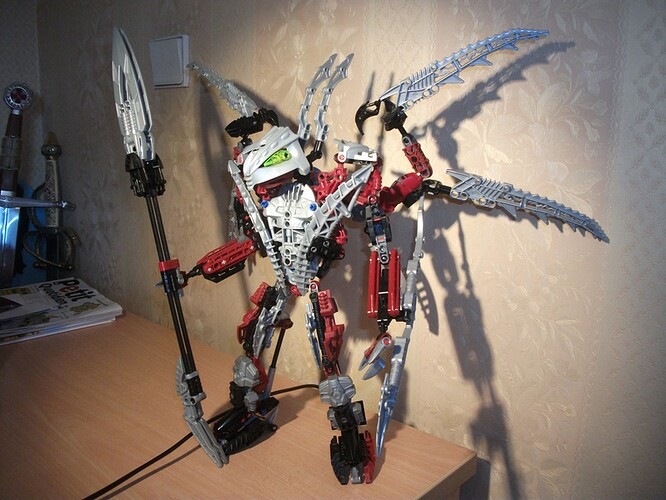 Boasting over 400 pieces, Destynax was once one of the most feared Makuta. Assigned to the island of Artakha, he was one of the few Makuta who sided with Miserix, and ultimately paid the price. Killed in a trap devised by Mutran, which destroyed his armor while stranding him in his lab, leaving his essence to disperse into nothing.

While alive, he focused on creating apex predators, among which were Rock Lions, Tarakava, and Muaka. He also created some powerful herbivores such as Artakha Bulls. His philosophy was one of honor and strength, foregoing such trickery as venom or camouflage.

His mask was the Kanohi Zeltar, Mask of Weapons, which allowed him to copy any weapon he saw. His own weapons were a Force Maul, which left a trail of kinetic energy behind it that struck with half the force of the Maul itself, and a Repeller Shield, that had the power to reflect any energy attack used against it.

I like his wings, and his mace. He looks very imposing.

Kanohi Zeltar, Mask of Weapons, which allowed him to copy any weapon he saw. 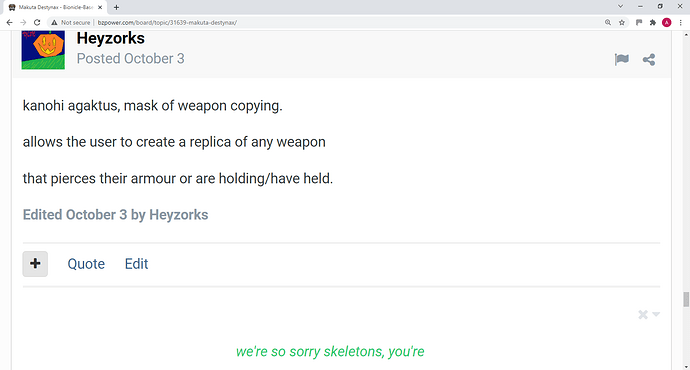 Hahahaha, yeah, I thought it was a great idea! A liiiiiittle redundant for a Makuta, especially one with such awesome weapons already, but I figured why not?