First off i just wanna say that this is first time im posting a MOC here, so hopefully you guys dont destroy my hopes and dreams.
Secondly i would like you to meet:
This guy, Makuta Racnar (Rag-nar) 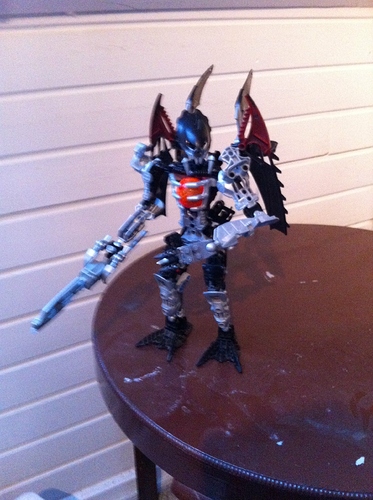 forfra.JPG1936×2592 1.67 MB
So, yea this is my first “sucesfull” titan MOC or atleast the first one i have the confidence to share, so as i said this is Racnar, he is the Makuta over Mahri Nui (or rather was before it sank into the ocean). 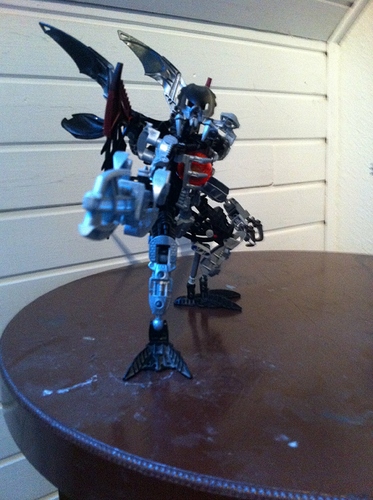 Action scene.JPG1936×2592 1.86 MB
He might look like Chirox’s buff brother but the two had no association with one another.
He wears the Shelek due to him prefering 1v1 combat and his weapon is capable of releasing powerful bolts of energy. 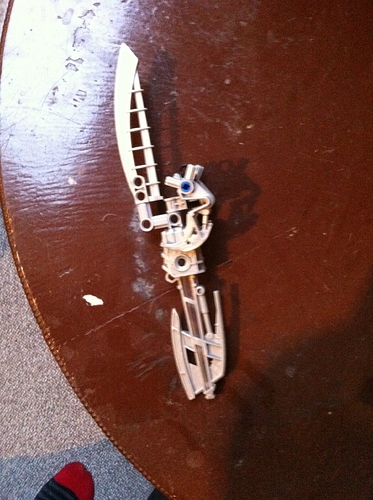 Våben.JPG1936×2592 1.73 MB
Like my socks?
Anyways Racnar is one of the few surviving Makuta due to Teridax actually forgetting he even existed, but the toa of Bara Magna still hunt him however 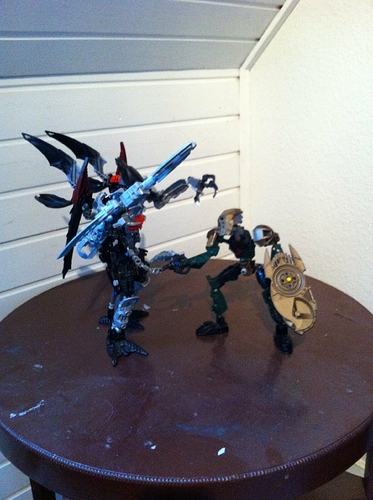 Kamp mod toa.JPG1936×2592 1.82 MB
Before anyone comment on it, no that is not the actual Avohkii and yes i know he looks like a bad spinoff from Iruini in toa form, but that is his arch-nemesis Toa Haltho. 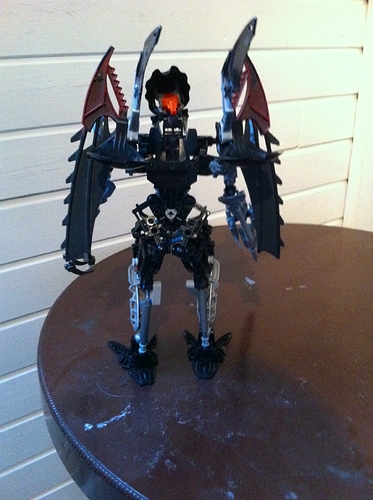 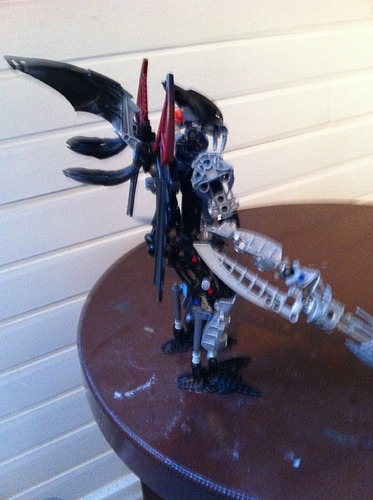 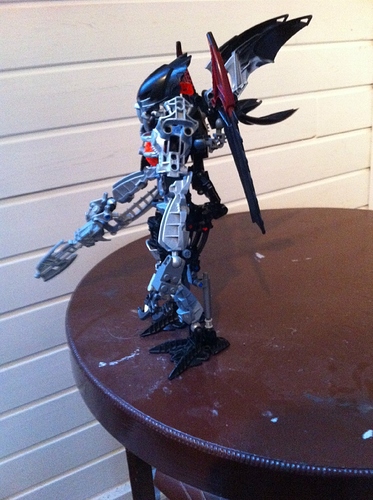 Fra venstre.JPG1936×2592 1.65 MB
I know his thighs may look like Von Nebulas but i actually first realised this after (i have him standing right besides Von Nebula on my shelf actually

)
But yea thats it for my first MOC on the TTV message boards, and feel free to comment on things i could do better etc. (is there too much silver btw?)
Also if the pictures are low quality then sorry they are taken on my phone and i have VERY shaky hands.

Update!
So. i decided to tweak Racnar here a bit based of what you guys told me and what i just felt needed to be changed, so here is a changelog
New thigh armor
New lower arms
Upgraded shoulder armor
Slight change of the wings
New left hand with added mistika launcher thing
Don’t know what to call the thing at the neck but its there and it wasnt before
New waist armor
New story (@Payinku

So the new Story:
Makuta Racnar had always enjoyed the peace and quiet. He was even known to use his Shelek on himself just for the sake of getting some peace, however this angered Miserix (yea this guy is old) so he stopped. 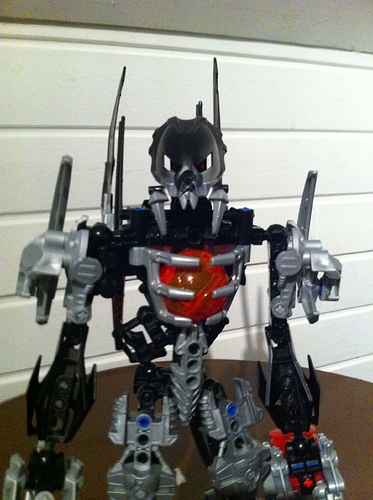 Racnar and Chirox were known to be good friends and Racnar often helped Chirox create new rahi, however he was not very good at it and often made some weird abominations. 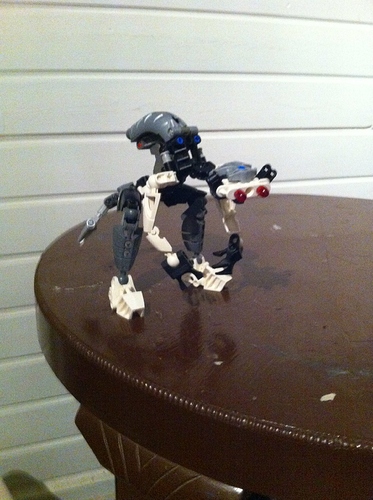 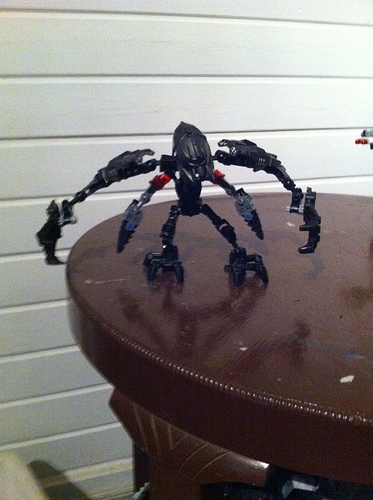 IMG_0079[1].JPG1936×2592 1.71 MB
Chirox however saw great potential in him but this soon resulted in Mutran getting jeaulous of Chirox having an assistant, and Mutran therefor started to make rahi in secret made to specifically kill Racnar, but this only made Racnar stronger in the long run. 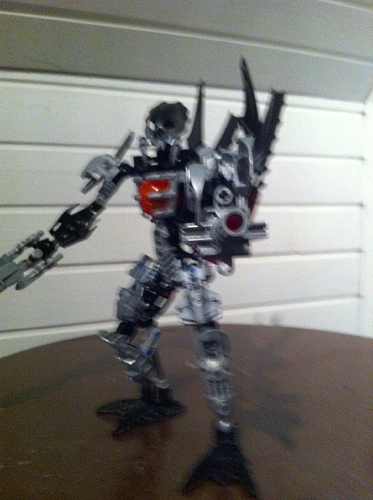 IMG_0065.JPG1936×2592 1.79 MB
After the matoran civil war Racnar was not given a piece of land because he choose not to get one, as he felt that he would only destroy whichever area he would have been assigned to in the long run. 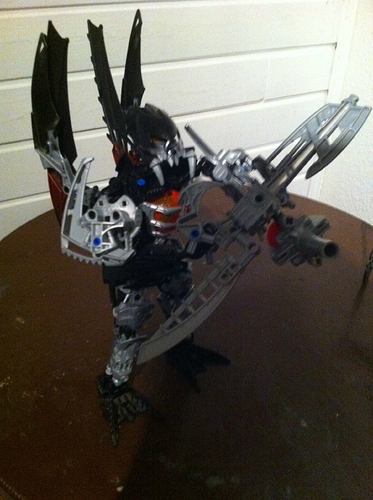 IMG_0070.JPG1936×2592 1.55 MB
Mutran however saw this as weakness and banded up with Antroz to kill Racnar.
Racnar managed to fight off Antroz but Mutran manged to throw his spear into Racnars breast resulting in his death.
However Racnar did not die instantly and with his dying breath he managed to ask Antroz, why he had helped Mutran but this Antroz never answered.

Anyways thats the new story, hope you like it more than the original so here is a few pictures of the build (again) 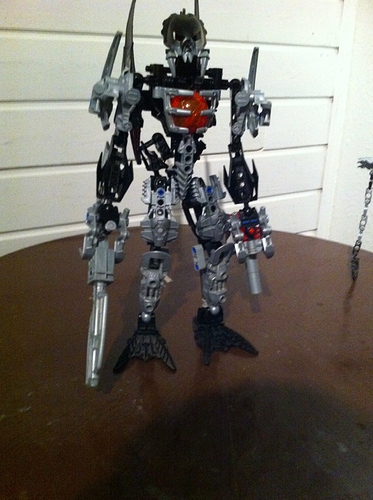 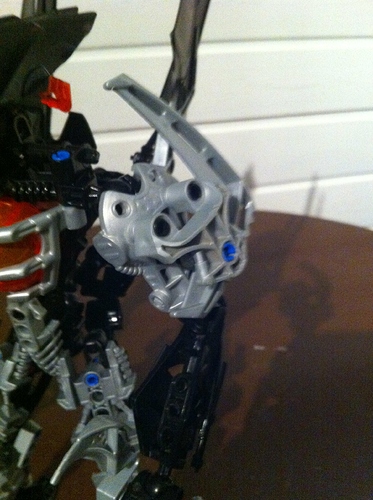 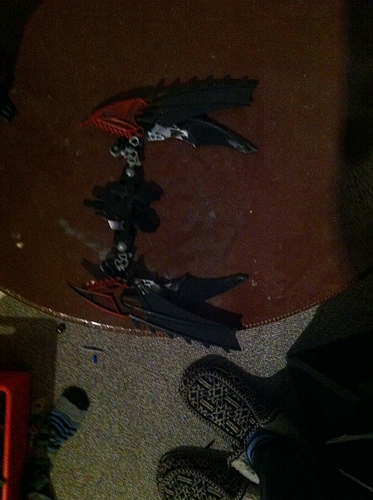 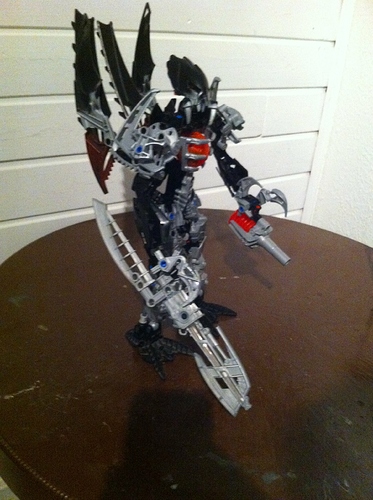 You put your moc in the wrong category. We have a specific category for mocs in creative content which is Lego Creations

Well, I think so at least. It is difficult to tell from that image alone…

You insult teridax, Mr “back up plans for back up plans” wouldn’t just forget a Makuta existed.

The moc itself is, how do I describe it, very 08 cool creations, like, it isn’t bad, it’s just really basic, I can’t even really critique it, there’s not much custom design.

The MoC is vey nicely built and the colours go very well together. Nice job!

Oh wow.
Return of the Nostalgia.

This reminds me of MOCs I would make 4-5 years ago.
And how as those MOCs where terrible, this is not.
He looks a lot like an 08’ Makuta. I liked those guys.
The only thing I would change is his lower arms. I’d suggest Rahkshi legs. Either that, or change the hands.
But besides that, this is great.
9/10

I think some close up shots would help make the build and smaller details be seen by us. Nice Moc.

For a older MOC, with a older style…looks pretty alright. My problem is that he lacks much identity to him, he kinda just looks…like a 08 conglomerate. He has no real unique features or noteable builds…just kinda there.

Not bad by any means, but it is a bit basic.