Here’s my take on an alternate universe version of Makuta where Ekimu fell instead of Makuta. 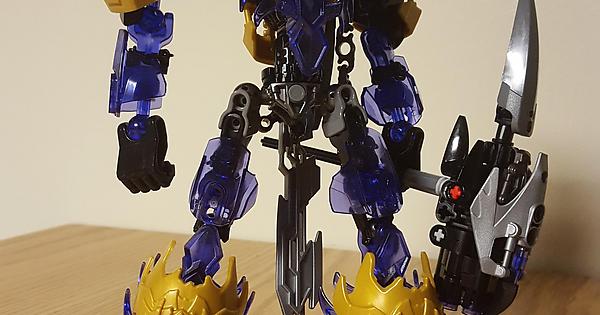 I tried to make his shoulders more like his Journey to One titan form, which ended up like Umarak the Hunter. 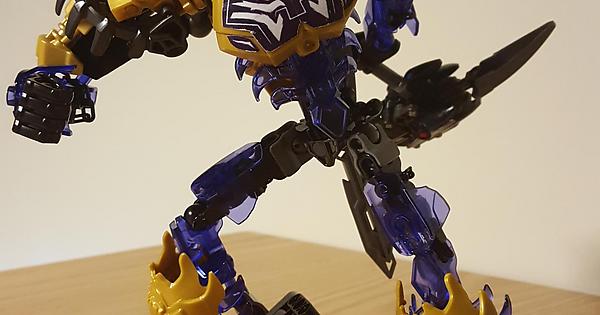 I wanted to give him a unique kind of hammer, so I made it out of a Unity piece. 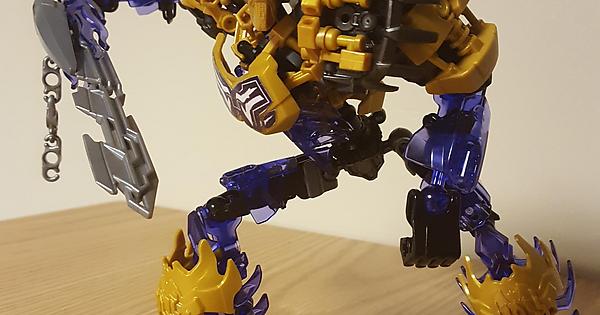 Instead of having a Shield, he has a sword. Character dichotomy~ 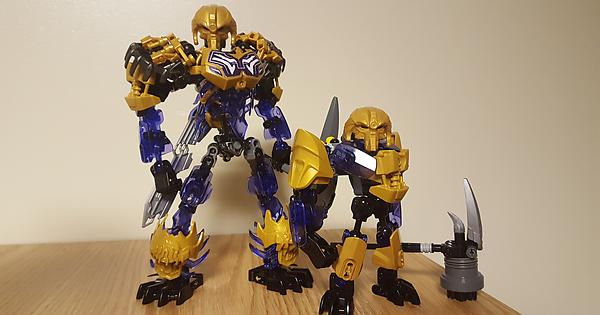 The Rest of the gallery:

Makuta: “It’s such a shame my brother fell; he could have been such a great Mask Maker.”

Kopaka: "What do you mean by that?

"He was kind and courageous, but his pride led to his destruction.

Long ago, we were noble Mask Makers of the people. My brother, Ekimu, truly shined like no other. He sought out to make the best masks in all the land, rivaling those of the ancients… Even if the people had to suffer. He broke the sacred rules of the forge; making masks of several powers. They were unstable, but he continued forward with his endeavor. To escape destiny."

Gali: “How would one mask change fate?”

Makuta: “Only he truly knows. He thought he could bring the power of greater beings down to us mere mortals.”

Tahu: “What about you? If you knew he was going down a path of self destruction, why didn’t you try to stop him?”

Makuta: “A part of me wanted to see him fall. A sick part of my brain that was so engulfed in jealousy, it could have lead me down that path too. I won’t deny my sins; I read the prophecy as much as he did. Even back then, I wanted his glory. I thought that it was rightfully mine; that my name belonged in history… and that judgement… allowed him to make that horrid mask. Ekimu merged all six of the elements we imbued into masks into one forbidden mask. Ekimu took it to the capital: he hoped that the power of the mask would make them see him as a king. But I knew it wouldn’t be so; prophecy had foretold it all. Had his intentions be good, maybe the power would have affected him differently, but the mask turned his pride and avarice for glory into disdain for the world.”

Makuta: “What I had to to keep Okoto safe, and from the looks of things here, it seems I didn’t do a good enough job.”

Chest Print was made by me a while back. Here’s a repost of the link in case people don’t want to look for it in the JtO topic. https://www.dropbox.com/s/07hc69mwob81bwi/Makuta.docx?dl=0

That is an excellent job on that chest, I like the shoulders a lot too.
The only thing I don’t like is the lower legs, I think they should be some smaller black shells, not the chest ones the slightly smaller ones.

I like the idea of subtle hints towards his “final form” with the shoulders and overall figure. His hammer also looks really nice. Not sure about the sword personally, but to each their own. The gap filling gold exo-force arms are a nice touch though, at first I didn’t even notice something was filling the space there, I had to look twice.

I see what you mean about the lower legs being the weakest part of the model, but I feel the opposite. When I finished the inner portion of his body, I wanted to thicken out his lower legs to solidify his lower body. I spent a good portion of this morning working on some custom lower legs with the parts I had available, and came up with this. 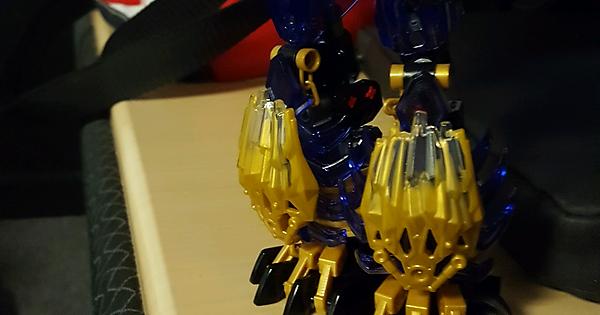 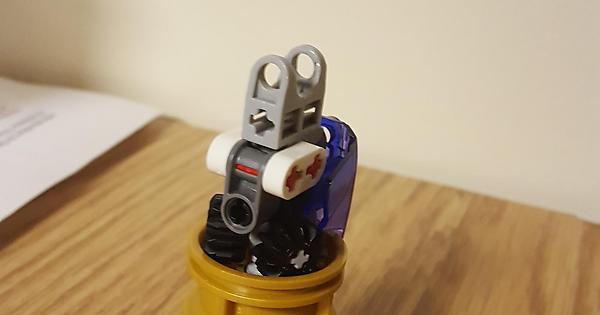 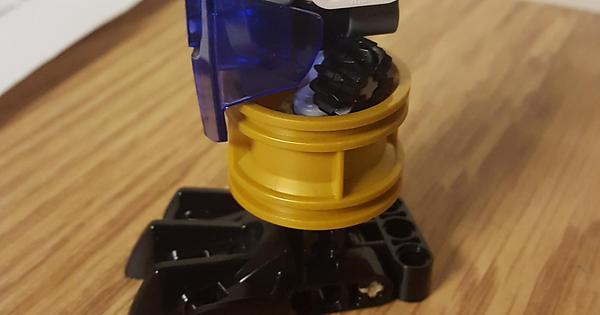 The new ones look much better, good job on keeping the rib cage too.

Pretty awesome, though the waist is unavoidably thin.

Looks cool, but I have to wonder. Where did you get the chestplate?

Tahu Master of Fire (Kopaka’s probably would work too) chest piece: I removed the decal, and the print is my own. You can find the decal in my Dropbox at the very bottom of my original post.

Looks really cool! I quite enjoy the story as well. 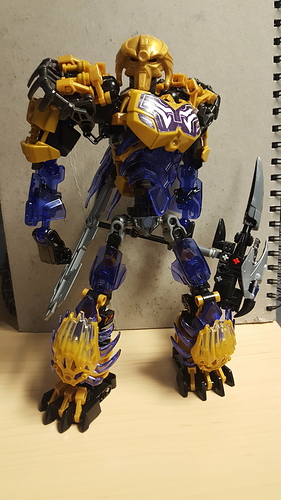 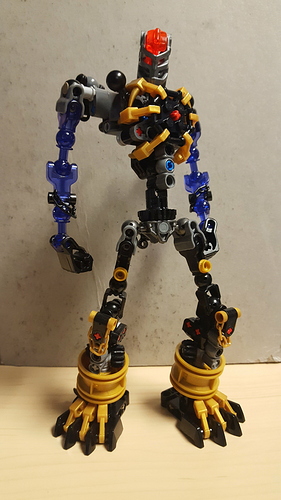 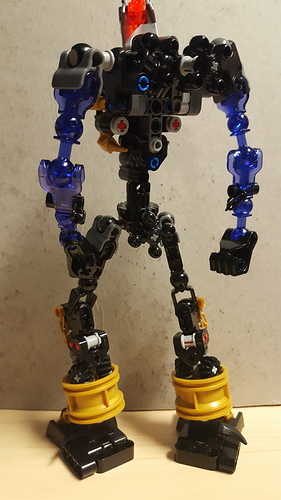 How did you remove the original design off of Tahu’s chest piece?
And with the design you linked to, do you cute them and glue them on?

I used an eraser with a lot of force, and cut out the design and attached them via double sided tape.

Nice chest print, I don’t know much about this, but could it be possible to make a sticker from it? Like the chest from the Overlord…