Sorry it’s been so long since My last MOC, but things have been crazy. Without Further ado: Here is the favorite (only) Titan I have constructed currently: Varendath. 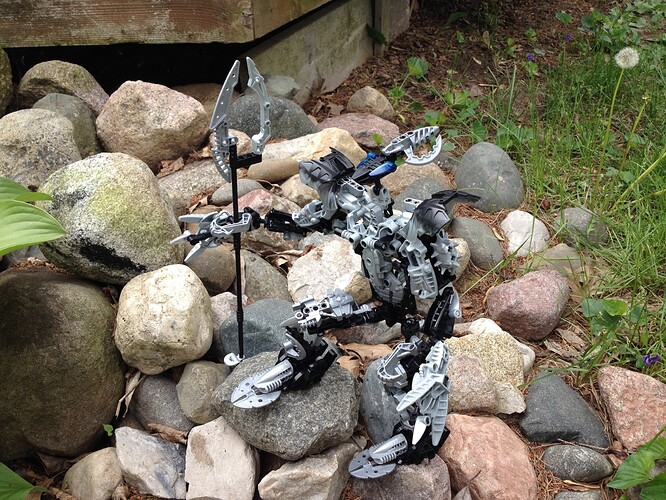 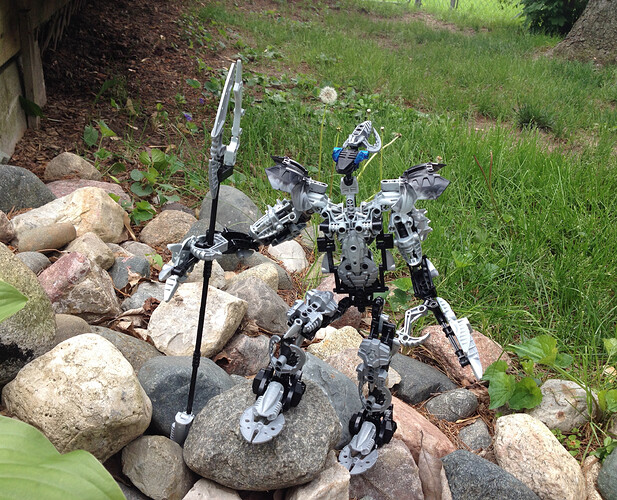 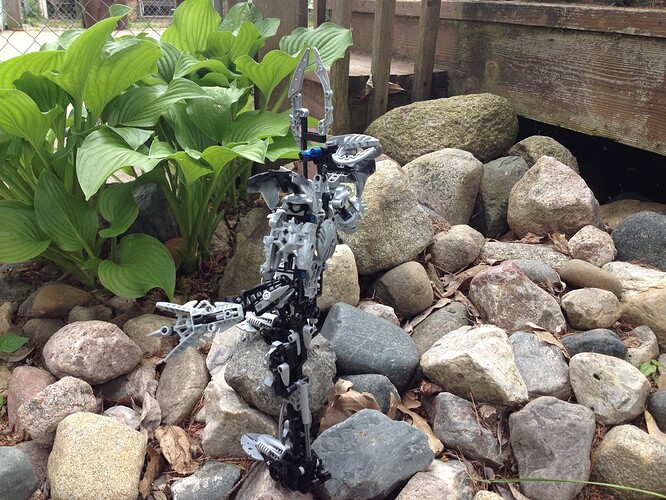 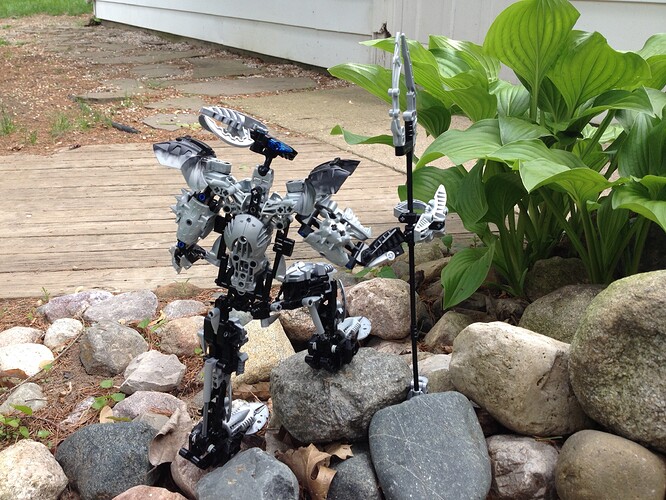 Makuta Varendath was strange for a Makuta, or at least how they have come to been known. Varendath took great joy from studying Rahi and experimenting with creating Rahi that would not be harmful towards Matoran. Pictured below are some shots of him capturing a Spined Centipede: 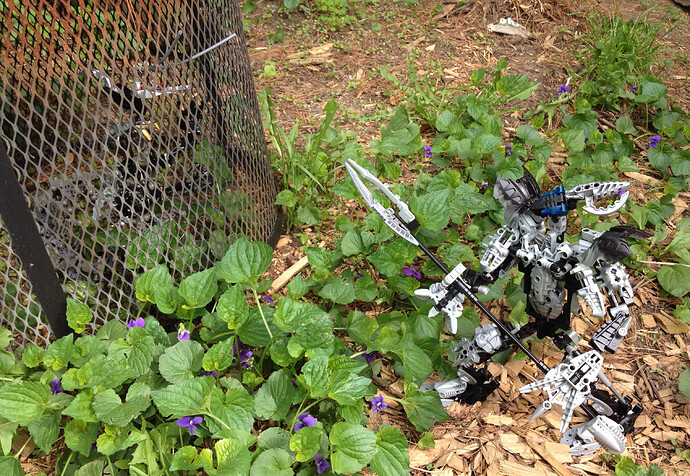 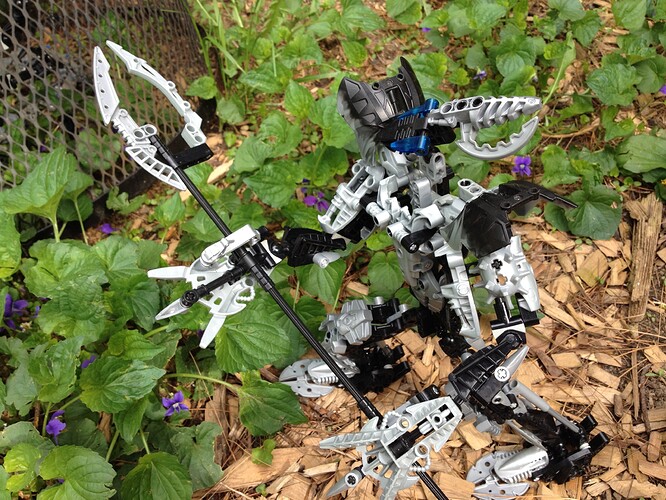 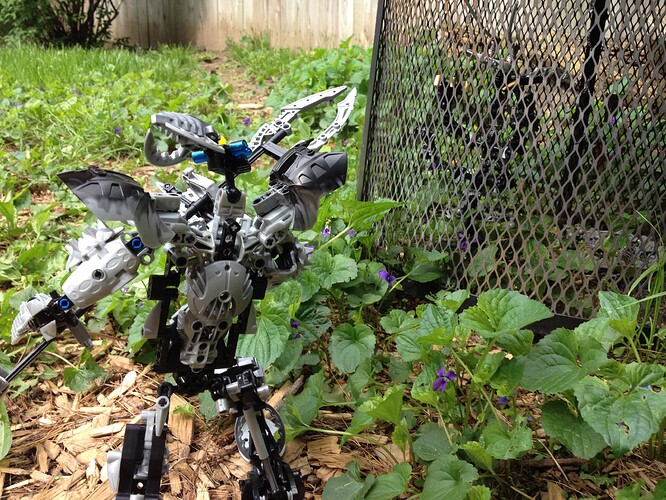 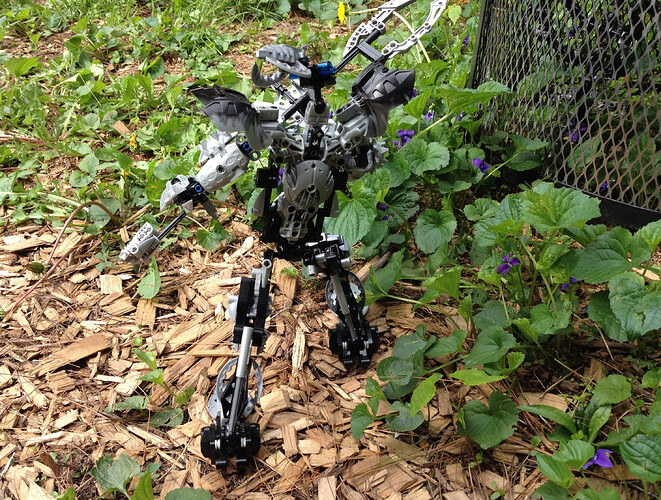 Makuta Varendath was always a lover, not a fighter. His Kanohi (though shapeshifted beyond recognition) is simply a Great Rau. Varendath loves communicating with other cultures and species, and does not like a language barrier getting in the way. His only weapon is a staff of Elemental Energy. I can absorb or be charged with any element, and can then shoot it back out. This can be done in a few ways: The least efficient way is to absorb it from the surroundings, like holding it over a fire for a few hours and then being able to shoot fire blasts. He could also use it to absorb an incoming elemental attack, but the most efficient way is to have a willing Toa channel some of their energy into the staff.

Varendath was one of Miserix’s most loyal supporters, and as such was one of the first to die after Teridax’s rise to power. Poor fool never even made it back to his island after the Convocation. Rumor had it that he was working on a prototype Rahkshi, something that would phase out the use of traditional Rahkshi and replace them with something closer to a Toa…

This supposed creation was lost after Varendath’s death. However, multiple Rahkshi and Visorak squads have been deployed to Varendath’s island and have never returned…

With the Backstory out of the way, Here are some close-ups of some sections of the build. The head, chest, and shoulders: 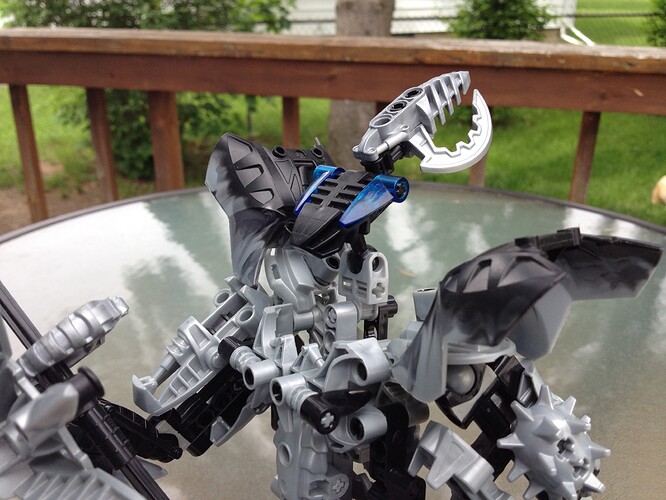 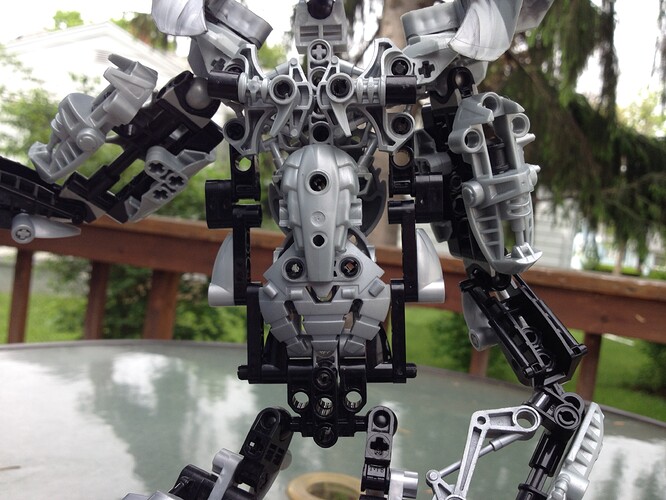 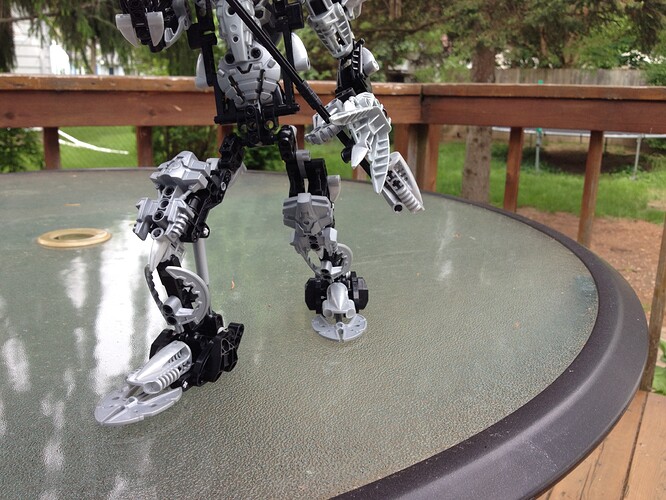 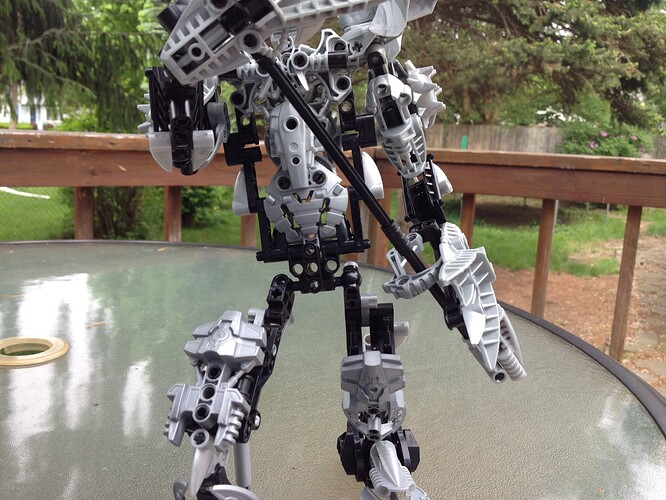 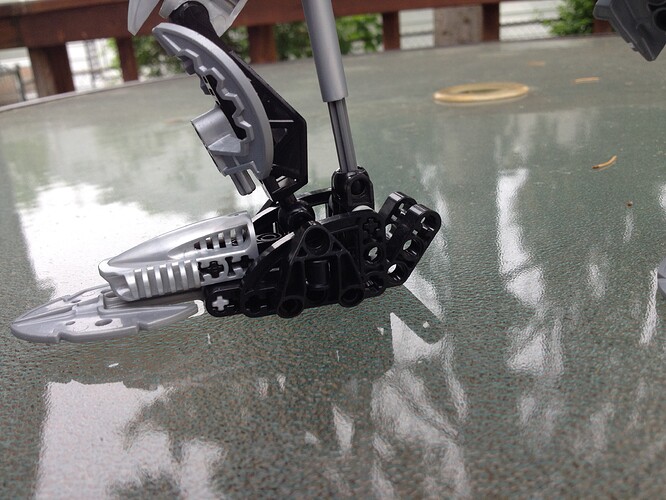 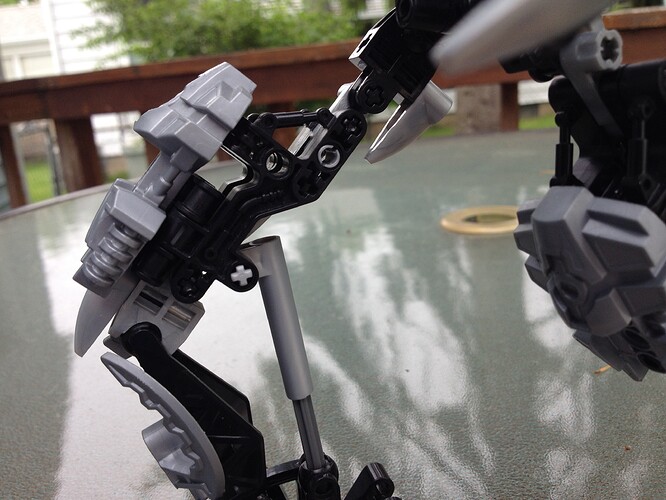 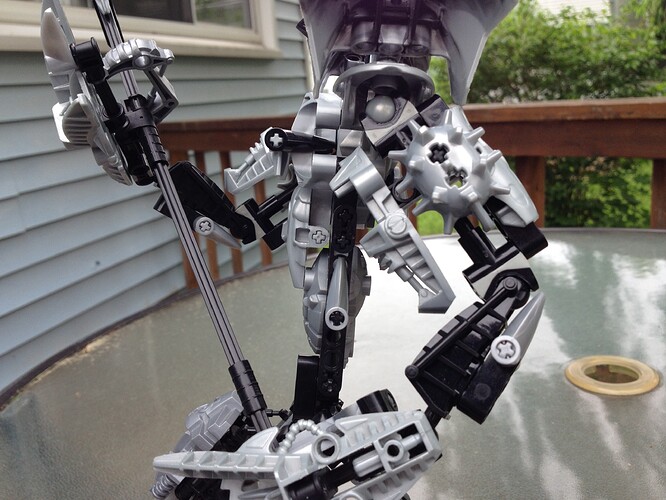 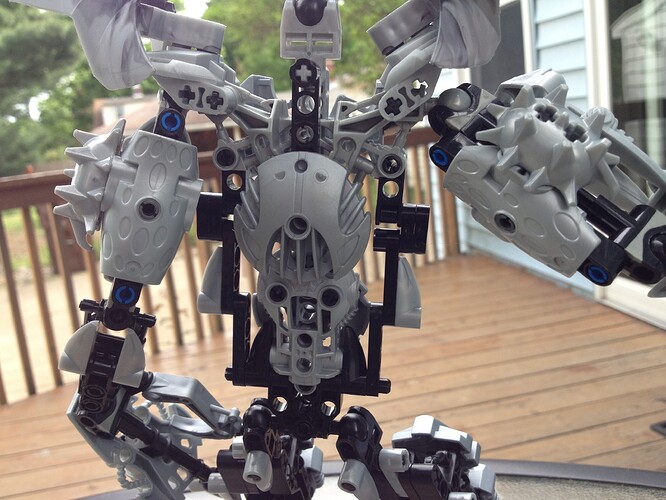 As always, critiques and suggestions for improvements are welcome! What do you guys think? Give me your comments.

He has a teeny-tiny head on a generally large body. Hmm…

Torso is gappy and rectangular on the lower torso.

G-gah! I’m sorry man but I might bash the MOC if I try critiquing! I’ll let other people try!

Torso is gappy and rectangular on the lower torso.

Yeah, I sort of built this thing from the feet up. I focused on the legs first, then struggled to make the rest work!

This is really the first Titan I’ve made since coming back to Bionicle, I didn’t just want to do a color pallete swap of Sidorak, Brutaka, or one of the others. And so my attempt at originality has produced a gappy rectangle guy!

Despite it having a few flaws, I still think this is pretty cool.
I think the best thing you can do aside from re-doing most parts is to armor it up a bunch.
Especially in the skinny areas.

You’ve got a decent start here, but it definitely needs some refining. The torso is incredibly gappy, and the legs are really spindly. The color scheme is kinda bland (although that’s not as much of a problem.) my major problem with this MOC is the head. It just looks really awkward, especially the stuff sticking out backwards.

Try bulking up the head a bit more and you’ll really have something.

This supposed creation was lost after Varendath’s death. However, multiple Rahkshi and Visorak squads have been deployed to Varendath’s island and have never returned…

You’re half-right. What he created, was my Self-MOC. But I’m not uploading any pictures of that until I have the necessary pieces.

For now just know that Varendath created something that literally eats Rahkshi for breakfast.

Yum, Rahkshi on toast, with a little bit of butter, delicious…