Hello, this here is a makuta that I made last night. It was based on a makuta moc I made when I was in Middle School, originally he was going to be a Hero Factory Villain but then at some point I turned him into a Makuta Villain.
I decided that I would remake him and make him a little bit better than before. I wanted to include the technic spring loaded torpedo gun in there but unfortunately Studio did not have that so I was left with fumbling it with a different cannon. Which is a shame because I liked the technic spring loaded launcher piece.

I hope you guys like my moc, if not feedback is much appreciated! 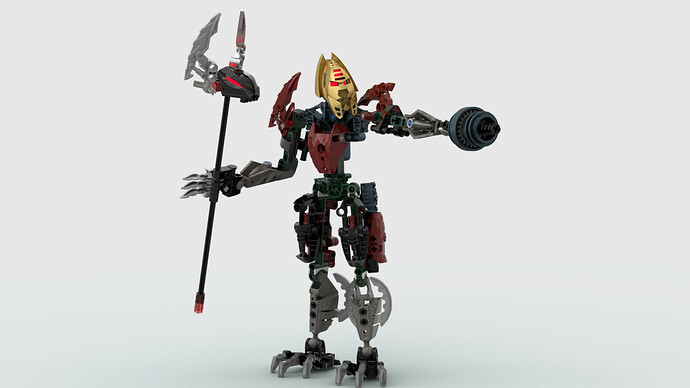