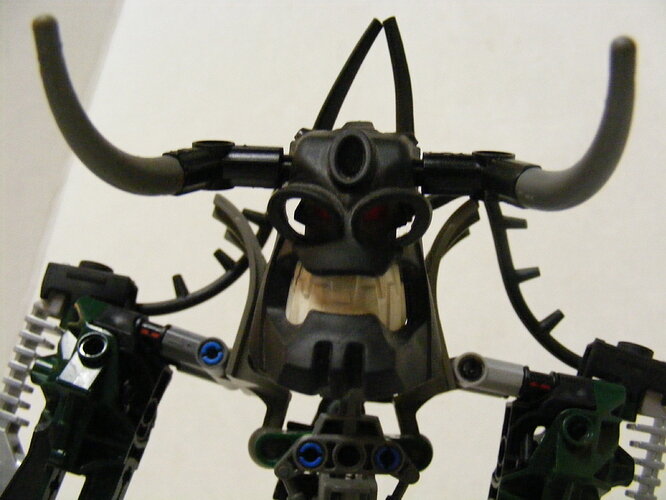 “Stop prattling with your virtues,toa, I only care about two things: If you’re in my way and annoying, or if you’re gonna be useful or dead to me”

An enigmatic and mysterious, mutated Skakdi, he popped up as a mercenary. While his history is muddled with hushed whispers and ridiculous rumors, what is known was that he had dealings with the Brotherhood and the Dark Hunters before striking out on his own in the lower islands. While he is not a high priority, and at times proves useful, Malej is a vile and dangerous being like many denizens of his race, mutated or not.

Recently he’s heard rumors of a Toa-like titan, and took a job to take the giant out. Whether he succeeds or not remains to be seen

Along with a Zamor blaster, he has an explosive digger weapon(“An idea I took from an old business partner of mine”) fused to a claw, and a long, strong tail with a spike. His element is unknown but it is possibly air.

Should he ever be injured, he has an adaptive, albiet mutative regeneration ability; should he suffer damage(unless it’s really bad, like atomizing or decapitation), his body will adapt to the damage and regrow into dangerous, but bigger and malformed, versions. 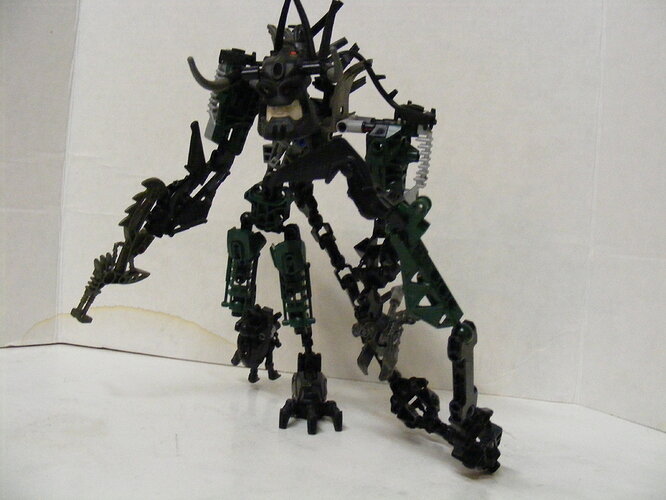 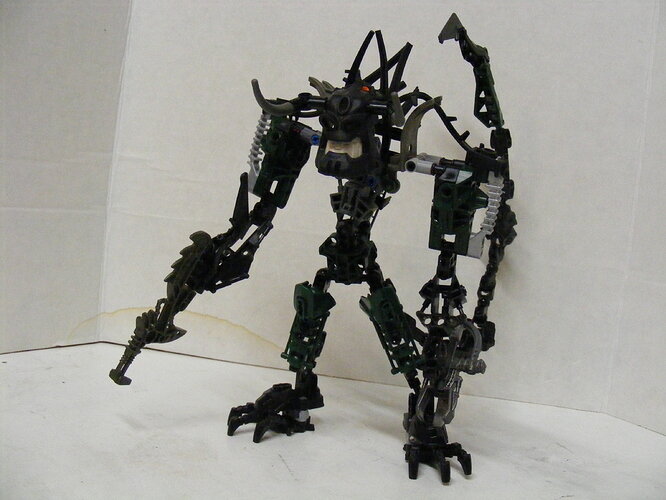 The grey “spikes” raised on his shoulders are meant for threat displays, though when they’re raised up they restrict his movement 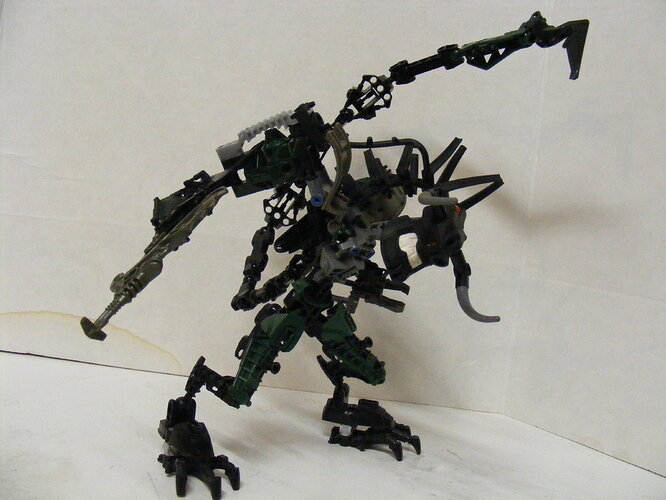 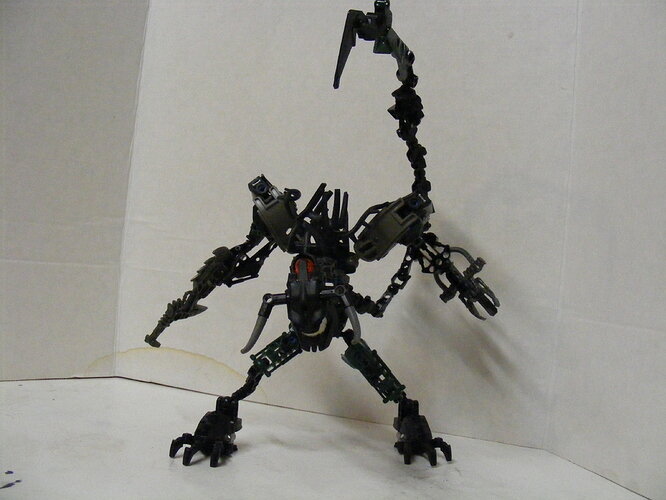 Hey, been a while since I made a self moc

I’ll admit, he’s a tad bit simple and bland. Originally he was gonna have a giant claw and more black and silver color, but I decided to make it interesting, and also I thought he needed a tail to extend. The Scorpion and xenomorph imagery is purely coincidental, I was aiming for Grievous

Critique and comment, then after a while I’ll mutate him into a better monster!