To be honest, I’ve never really had much idea for what I’d wanted Marendar to look like other than I wanted it to transform. I’d have gladly made a Marendar MOC a long time ago, possibly in preparation for the ill-fated canon contest, but there was one problem: I had no idea how to make transformers. However, I think I’ve finally managed to come up with something. Thus, I am glad to present Marendar - Mark II.
(Why Mark II? I did make a Mark I just to test the waters, but that one still had some issues–particularly its height–that needed correcting. I’ve posted Mark I elsewhere online if you want to look for it.) 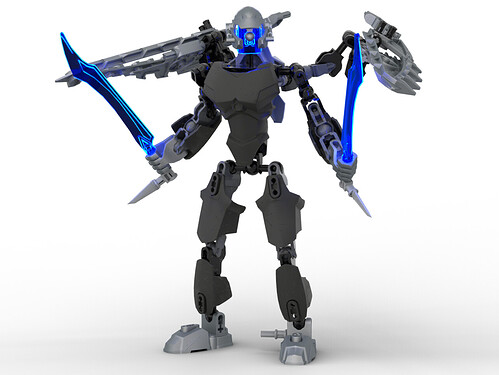 Marendar v2 robot1280×960 148 KB
Marendar is constructed using a unique material known to few other than the Great Beings and one that would be completely alien to the Toa (my in-universe justification for using CCBS). It fights with sheer ferocity but displays no emotion at all.
Marendar’s robot mode wields two swords which can easily deflect or even absorb a Toa’s elemental energies and two arm-mounted shields on its back which primarily aid in defense or keeping numbers of Toa away while it focuses on one at a time. 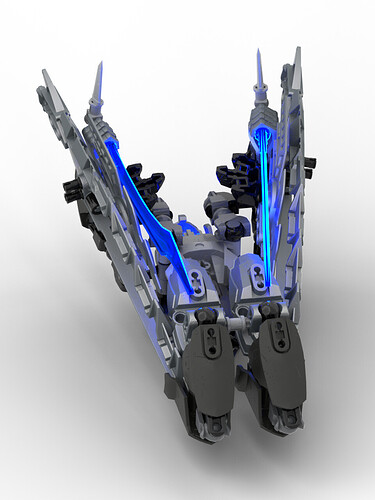 Marendar v2 vehicle960×1280 179 KB
In vehicle mode, Marendar is a small jet-like craft that can soar across the Magnan sky at velocities approaching three times the speed of sound, ever searching for Toa to destroy and Agori to save.

I like that he is a Bioformer here, pretty unique.

this is cool, but a little too simple for my tastes. I like the transforming gimmick though.

this is cool, but a little too simple for my tastes.

Yeah, I’ll concede that, apart from the gimmick, this Marendar is much simpler than other people’s versions. Apart from being new to bioformers and wanting to stick to a system I was more comfortable with, I don’t think Marendar should look all that threatening at first glance; its name means “salvation” after all.

I like the idea of him being a bioformer, kinda makes sense that he would transform into something