Hi there guys, im hightek dragon, here i have probably the best MOC i have ever made, this is Marouder, an old legend turned into a reallity.

Marouder comes from a familly of guardians, protectors of the light, turned to darkness and put into service as the personal guards to tge Dark lords about 500 years ago. All of his fellow guardians fell one by one untill only him and one other was left, Kantari. Kantari switched side to the light and now serves as the guardian of the light. Marouder on the other hand followed a darker path, becoming one with the shadow, learning the abillity to shadowblend and to controll the shadow to create all sorts of things with it. During his earlier years after he betrayed Drendor,the last standing dark lord, marouder came in contact with an ancient power, beeings with an unimagineble power, Universal lords to be correct, these protected the 3 universes. The one that had the responsibillity for his universe, the Carzan universe, was Arctarus, brother of Nocturnus and uncle to Sterax. Marouder found himself in a battle between a rase called the Hellfire Order and the Dark Lords, were Carmadon now had regained the throne. Marouder now joins up with his own team, the elemental lords, built up by 4 members, Arcdron, Mambra, Bruticus and Marouder himself. They fought and defeated Dendor just to realise that Carmadon allreaddy had taken the controll over the dark lords. In the end, Marouder betrays his comrades by fusing them into a titan by the name Ardracus, a elemental titan hellbent on taking over the universe. Arctarus himself finnaly kills Ardracus, just to create an even darker entity, Assarus, the first dark lord. He makes a deal with Nocturnus and Marouder to grant them parts of his powers to free Nocturnus son, Sterax. Marouder now becomes the Nightmare hunter, hunting down and terminating all threats to the Carzan universe. This is were my series “Fall Of Carzan” comes in place. After witnesing the death of Arctarus, Carzan himself starts to loose his powers as his universal guardian has been slain by no other than Carmadon, now named slayer of gods. Carzan now unleashes a wave of shadows over his universe, hoping to kill everything so he can start all over again. But this just makes things worse, Marouders old companion, Arcdron gets reborn, and instead of protecting the good, he turns against it, controlls the arcpower to now terraform Switchblade. Marouder sees this and decides to take action. He absorbs the wrath and shadows, slushed over them, into his own body, reconstructing himself, but not for the good, something happens inside of him, something evil.

Down bellow will be the pictures taken of him.

Hope to se ya.

Btw, sorry for the badly rotated pictures, my camera wasnt my friend this evening

This btw an updated version, now the gold, cordak launcher and some of the body parts been either removed or rebuilt,like for example the chest

Here are a more rebuilt version of him.
Whats new? 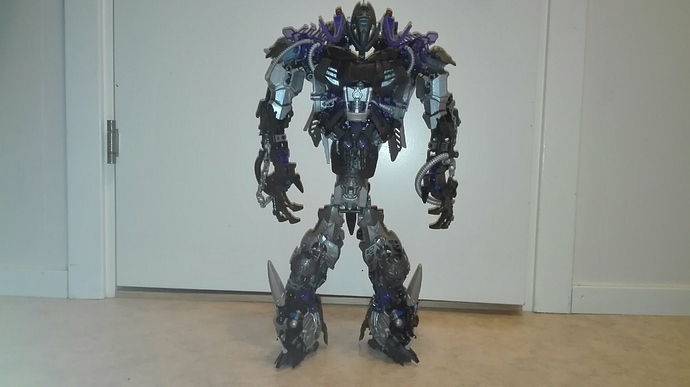 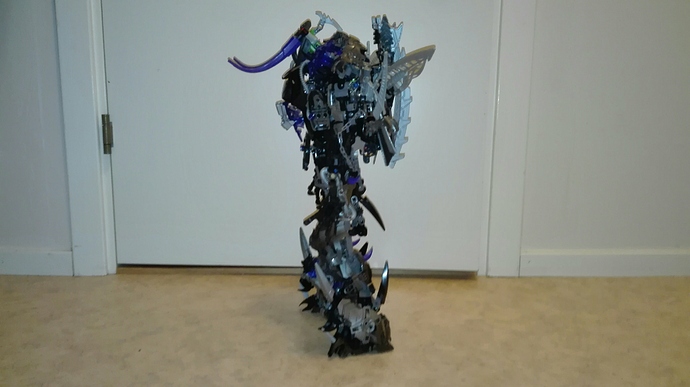 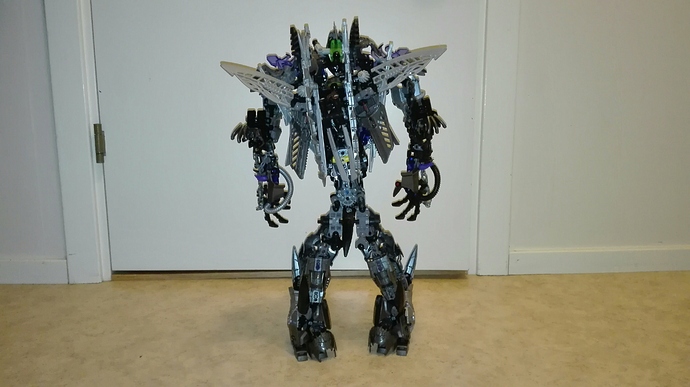 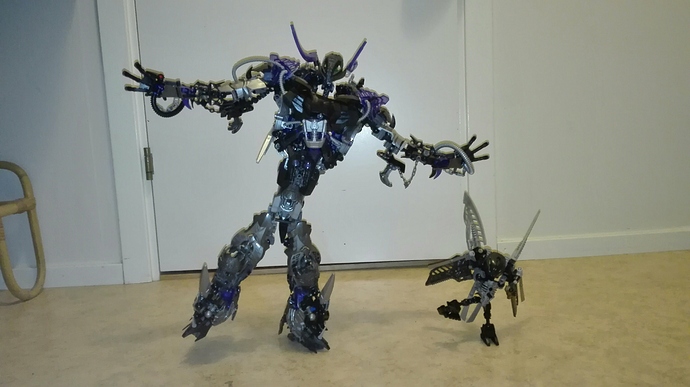 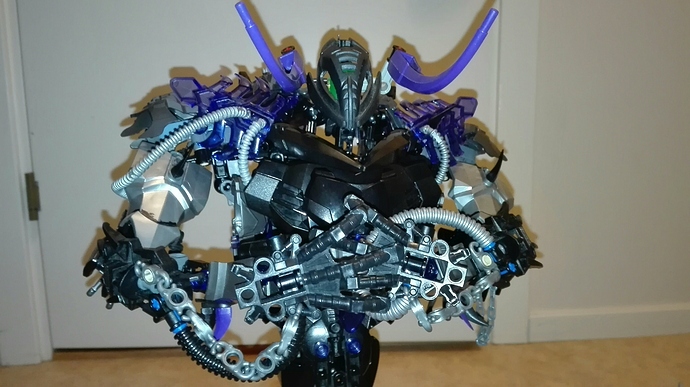 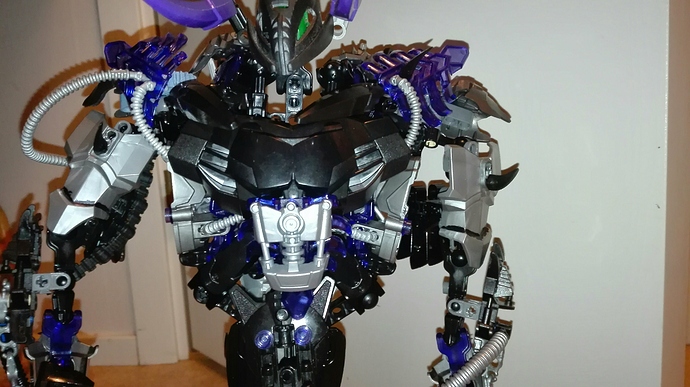 While it looks cool, it’s a bit cluttered.

Cluttered but cool. Not sure about the gold and the Cordak blaster.

As many others have said, it is impressively big, however size does not equal a good moc. it is while very difficult, possible to make a large moc also look good.
its really cluttered and theres a few questionable colors such as some orange green and yellow that pokes out from, under the armor, the purple is distributed just fine but on something this large its almost a tertiary color.
and the shoulders/arms really should be reworked, the shoulders look massive and unmoving and the arms are small and spindly and seem to be attached to the underside of the shoulder, its hard to describe, but it looks like the shoulder is part of the torso instead of the arm (i explained that terribly).

Not digging the cordak blaster, its reds really break the color scheme.

I don’t like the random green in the thighs. I know it’s the eye-color, but there should be more of it in that case.

Nice, but why the pictures aren’t rotate?

he looks very cluttered and his torso is way to long , other than that he looks really cool