Marquis is a warrior to come from a very unexpected place, he hales from the tribe of acid in the deepest undiscovered parts of the swamps. Unlike most of his acid counterparts he believes in the same code as the toa and then some. He believes that you should fight fair, even to the point that he will remove his armor and weapon to match his opponent. Even if after he defeats them, if they have died he honors them and gives them a burial. In hand he carries a withered katana with a curved handle and hand guard the bare his villages colors. While the not most impressive weapon he makes up for it more then enough with his hand to hand and sword to sword combat abilities. 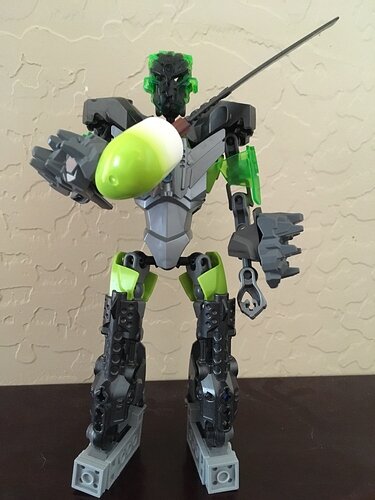 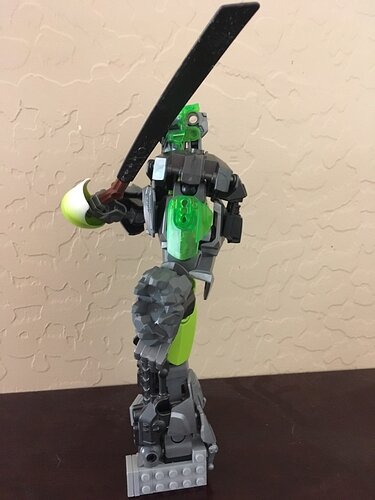 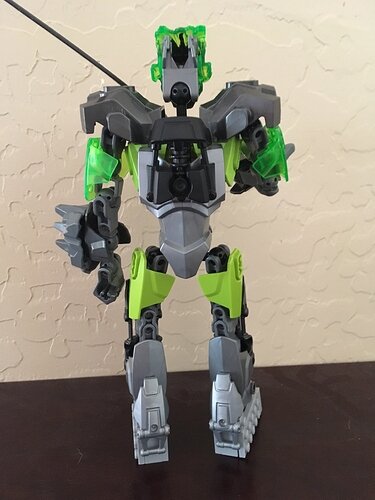 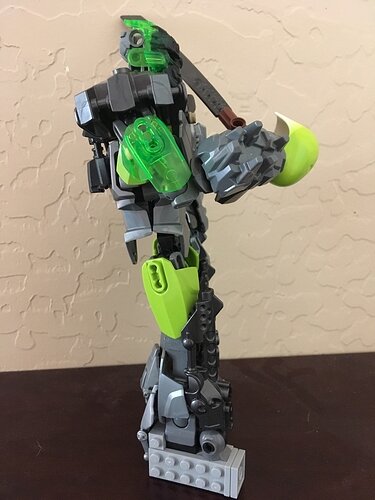 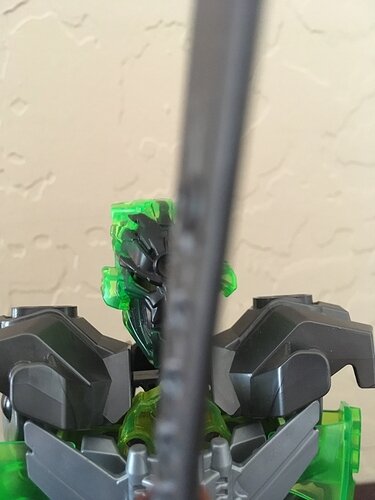 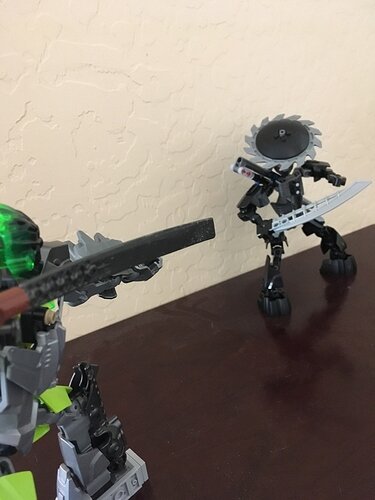 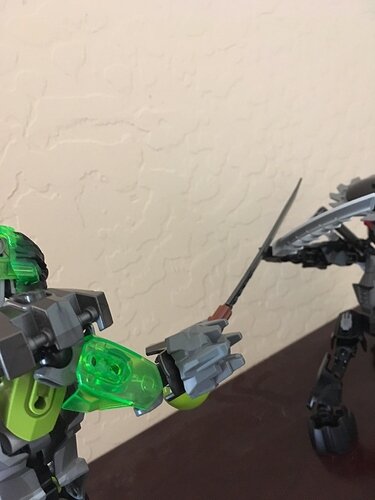 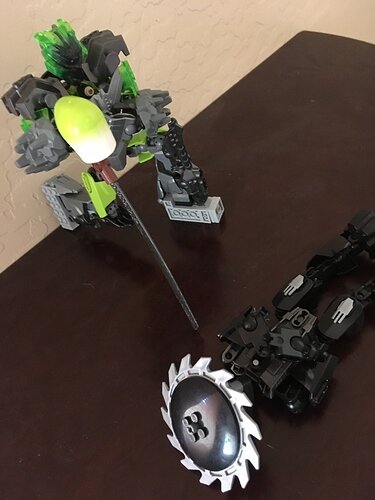 One thing I’d say needs to get done; completely redo the feet. The rest looks good but not only does he have random block system clown shoes on CCBS but the grey just doesn’t work; maybe add some green to the feet as well or just do something so they don’t stick out that much.

Ok thank you, I’ll try and work on his feet they

Marquis is a warrior to come from a very unexpected plac

Let me use a random country generator… Tonga?

he hales from the tribe of acid in the deepest undiscovered parts of the swamps.

So he is an acid elemental? A Toa of Acid?

First reaction while looking at the moc: OK this seems to be a decent WHAT ARE THOSE?!
What in the Tonga is happening with his feet? Why are they so blocky? And made out of system? And so out of texture, out of colour scheme, out of everything? I think that you tried to combine CCBS with system, but this is not how you make it. You don’t take some lego bricks and force them into the feet, and then make the rest of the moc only out of CCBS pieces.
No, I mean really: the legs are just awful. The upper legs are basic HF upper legs, nothing wrong about it, but then you get to the lower legs and I am instantly bombed by a tornado of questions: why the weapon handles as heels? Why the blaster pieces as leg armour? Why did you even connected them like that? The said design choices could have been so good, but the end result looks a little out of place, especially compared to the rest of the build.
The torso is… meh. It’s nice, and I see you tried to put some depth into it, but it ultimately ends up as pretty generic.
Same for the arms. I am honestly not a fan of bulking the lower arms. Those should be the lighter part of any natural arm. Tho this might be just me.
Why doesn’t he have an eye piece?
Also why did you chose an Inika head as the handle? It looks weird compared to the rest of the sword.
This moc is pretty meh-to-bad because of those weird feet and sword handle. It’s just… bad building choices. Try to remake it changing these two bits and then it should be better. At least in my eyes. And also try to focus on two or three colours. This moc has black, gunmetal, dark grey, light grey, lime green, trans green and white. Too many colours for a moc that simple.
4/10

Dude, really right now? Those are suggestions but that’s also just really rude. May I suggest to you when making improvements suggestions actually make improvement suggestions instead of just saying that part is horrible and the M.O.C is completely bad because of it.

I am sorry, but I can’t see how I am rude by saying what I dislike at the moc and what needs to be changed. This is the truth, at least in my eyes: the legs and the handle should be changed.