Kanohi Tallus - the Mask of Walking
The wearer of this mask is granted the ability to walk on any surface regardless of density and orientation. The more it defies physics, the more the user must concentrate to keep the power active.

This mask was a project I actually planned on doing a couple years ago, initially inspired by the mask maker contest, which I didn’t find time to take part in. Back then I bought the Technic 24-hour race car for parts for the build, but the threshold to start such a project proved too high. Only a bit over a month ago did I actually start making the mask, and ironically it took only 7 hours over two sessions. I think it helped that I had been thinking of the design and color scheme for a couple of years.

The color scheme was initially meant to be black at the bottom, green in the middle and white at the top, but due to part limitations and the color of the eyes that changed to primarily green and black. I mainly used parts from the 24-hour race car and air race jet technic sets, with a couple extras from my bin. The blue was not initially meant to be included, but when I was running out of green to define the eyes, the blue turned out to give a great accent, so I went along with it.

I wore the mask at Pii Poo 2018 lego event last month and a lot of jaws dropped when the kids saw it. It was kinda priceless. 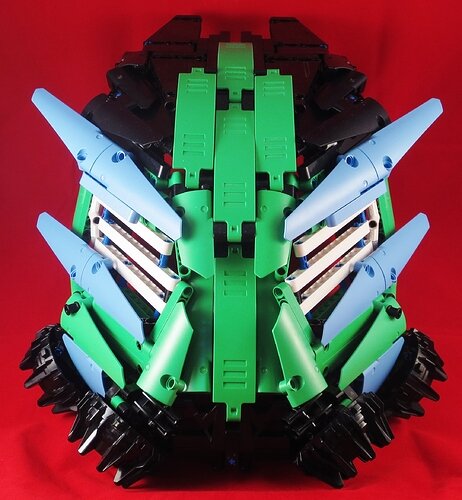 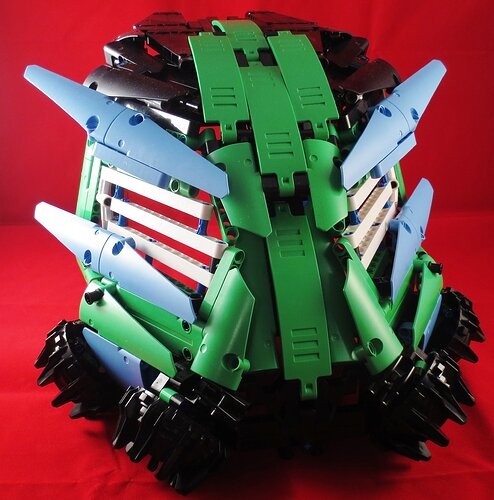 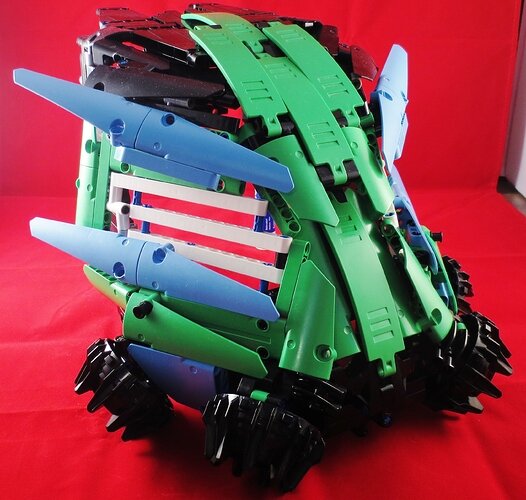 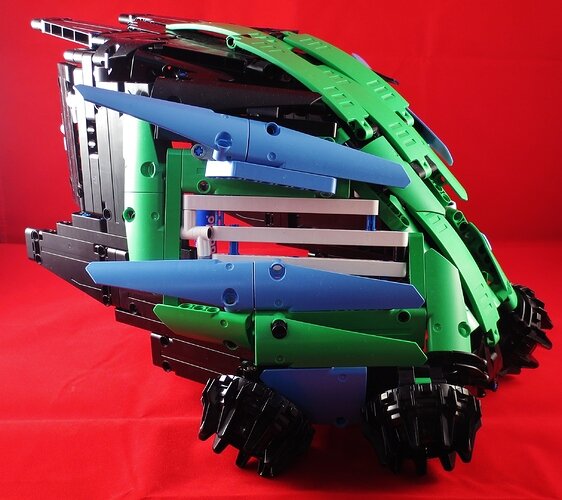 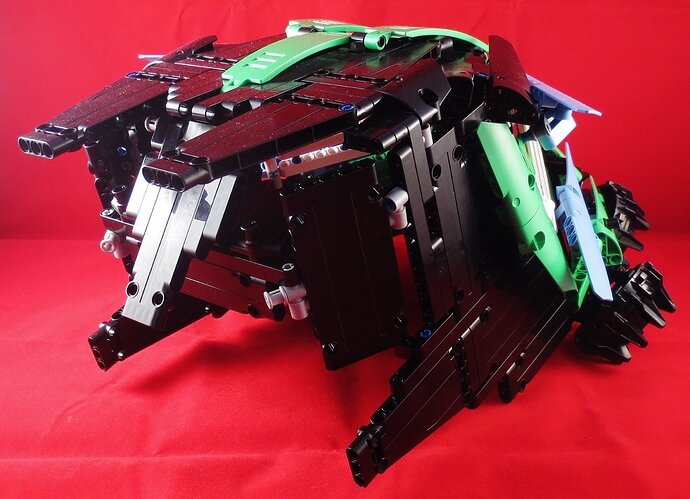 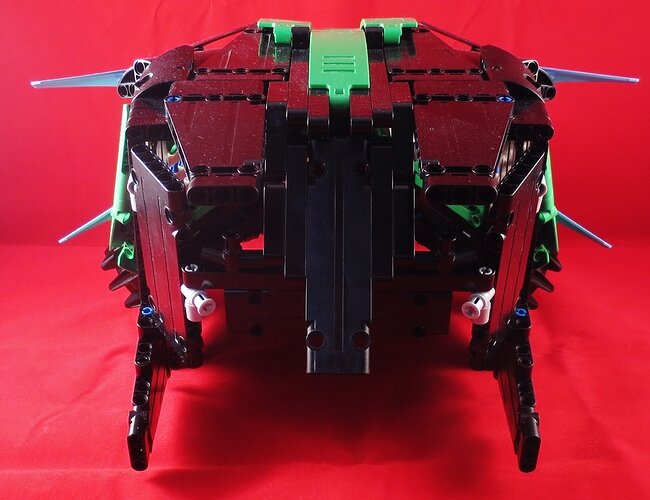 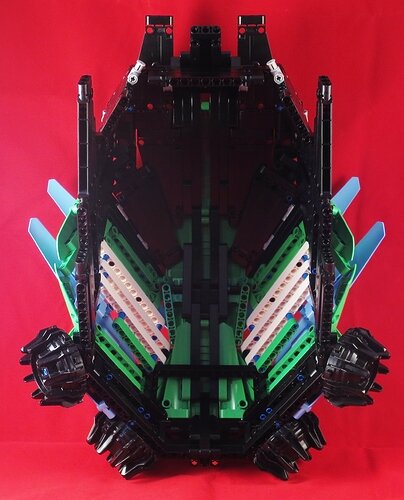 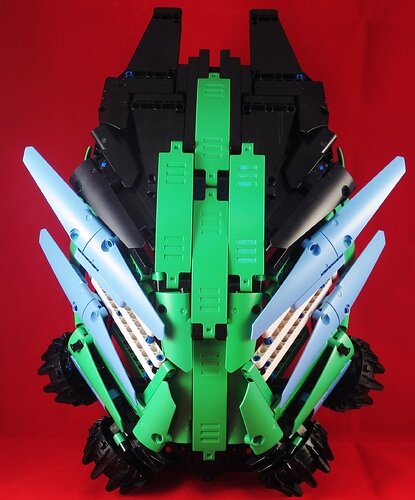 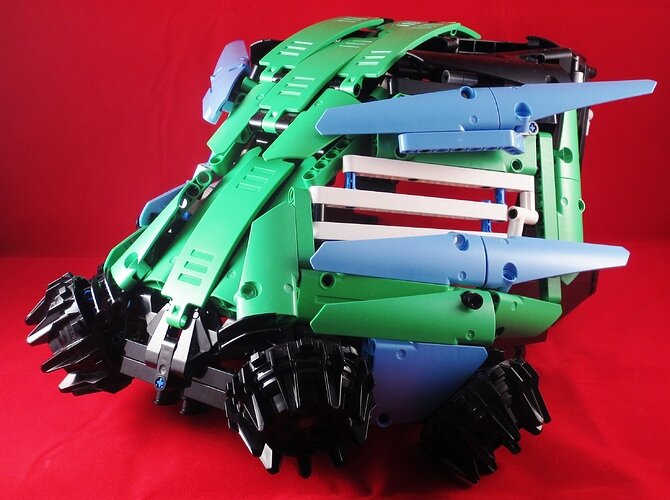 That looks sick. I really love the eye-slits.

This is soooo cool! I always wanted a life size mask!

how about call it mask of omnitread?

That sounds a tad edgy. I prefer how the mask names are very simple and to the point. (With the exception of Fate)

omni as in all and tread as in walking

how is it edgy?

In my head omnitread just tries to sound cool or needlessly complex by using ‘fancier’ words. Why say that when you can just say “walking” or “all-walking”, which in my opinion is quicker to understand?

It’s like trying to call Kaukau the mask of aqua respiration. Takes just a bit longer to let those words register, when you could just be simple and say water breathing.

This has a lovely overal shape and the colours are just wonderful.