3 females? finally, any info on the mask colors? I want to try and make 'em

It should be in the links provided above each section 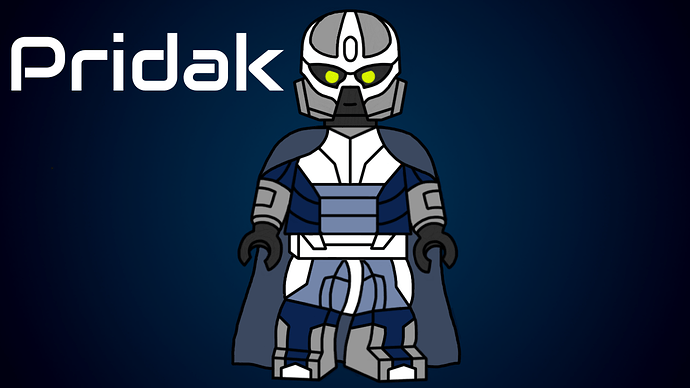 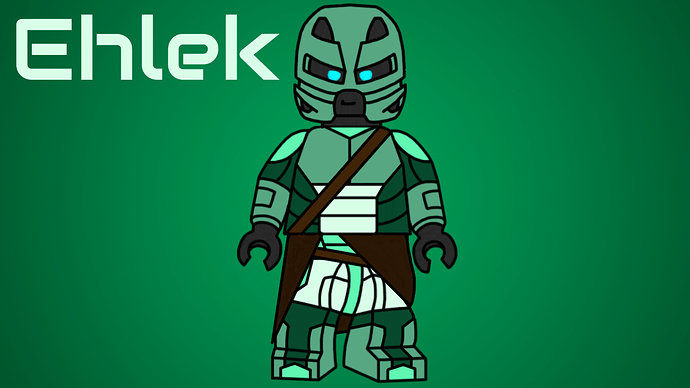 So the Barraki are Matorans?

The prevalent pitch is that they’re Matoran warlords who took over the island, spurring an island-wide rebellion and the action of the Toa Kanohi. Once they were defeated they were sent to an island prison, which sunk. They were mutated by one thing or another and became the more monstrous forms we’re used to.

Read this thread for more detail:

TL;DR Btw, you don't have to read the replies! Everything is in the pitch itself! The Barraki: [image] Cruel Matoran warlods that ruled hundreds of years ago and were defeated and imprisoned by a Toa Team predating the current one Imprisoned in Mahria, later mutated into monsters that terrorize the sunken city Takadox "The Cunning" Extremely intelligent and very manipulative Very good ruler, not loved by the people for his spies Established the League of Six Kingdoms (he's not the leader) Defeated by Tuyet (Now Toa Gali) in a battle for his palace [image] By @DarkMaestro (Recolored by @RAKRONDEWL) Pridak "The Proud" Extremely proud legitemate ruler of Ihu Indirect ancestor of Izotor Defeated by his own sister, Princess Krakua (Now Toa Kopaka) [image] By @DarkMaes…

I would say if any of the Barraki were to be female, it would be Takadox. I don’t know why, I just think Takadox is the least warlord-y than the rest, being a traitor and spy in G1. That is of course, not going off your pitch.

I would preffer Pridak to be Female

I just don’t really feel Pridak’s character fits that. Unless Pridak was like Helryx’s or whoever leads the arbiter’s sibling. Mantax, or even Nocturn could also be female. I feel Pridak and Carapar are the least likely to be made female.

why not tho, you think a girl cant be brute-ish?

Obviously they can, like that one big fig in Ninjago Skybound. It’s just that Pridak’s character does not seem to fit a female, and Carapar is portrayed as dumb, which could be seen as sexist if his character was female.

-I dont really much about the personality of the barraki, I just know the story-

I don’t actually know a whole lot of personalities of any barraki save for Ehlek, Carapar, and Takadox, but in @BionicleN17’s “BIONICLE INGNITION 2” film, he portrays Pridak as a military general type person.

I don’t feel like it would be Pridak or Takadox. Making Takadox female has more Roodaka vibes, and seems repetitive(I know this is brickonicle and irrelevant but still). I also feel like he is meant to be more hypnotic, and making him female could confuse that with seduction.
On the other hand, while the idea of having a female leader is great, I don’t think that Pridak is the right candidate. His personality seems too brutal/too bloodthirsty to match a female personality. I know it worked for Gorast, but the defining trait for her was her “infatuation” for Teridax. Pridak is the leader, and I doubt that brutal and bloodthirsty would look that good without a motive. I honestly feel like the best candidate would be Mantax or Kalmah. Mantax has been proposed as a sorcerer, and I think that a “witch” would be really cool, like a manta ray/scary version of Ursula from the little mermaid. s for Kalmah, the co-leader status and his mostly undeveloped personality leaves a lot to work with. The only issue with this is the whole squid theme…uggh.
But that’s just my silly personal opinion.

The main Barraki pitch describes Pridak as an extremely proud and brutal king.

He also is NOT the leader. No one was pitched to be the leader, the League was an alliance, not a nation.

We had this debate in the pitch before and we considered Ehlek being female, but in the end we agreed that they should all remain male.
We made up for it by making the Toa Kanohi a 3 female team.

Sorry to Butt In but I am working on a Larger theory involving the Borok, Barakhi and the Rakshi.

All part of one theory.

Mind if I borrow some of your designs?

The Barraki pictures in the pitch are @DarkMaestro’s and @Noupix’s, ask them.

I also feel like he is meant to be more hypnotic, and making him female could confuse that with seduction.

@ToaTumult You’re completely right about Takadox. I really was just going off of my personal pitch, where Takadox is some ninja warrior who thought she could take down Makuta, but instead was blasted by the mask of control, giving her powers.
@AntrozT6 In your pitch, how big are the Toa’s roles? If they were to be in one flashback, I don’t think it would matter that three of them are females. Also, I don’t remember what TTV decided on the gender ratio of the Rahkshi. Did they make Guurahk a girl?
@Noupix Sorry if our discussion is off-topic and annoying, I feel we’ve all said all that is needed to be said, so we should be rapping up soon.

The role of the Toa Kanohi is obviously a big one. They defeat each warlord, seal away the Kanohi Masks (Canon) and change the island completely.

I suggest you read the Kanohi Period pitch.

We never pitched how the period would appear in the TV Show, that’s for TTV to decide. I had in mind that they could do a whole 1-year set wave all about the Kanohi Period, with the old Toa team and the Barraki still as warlords, but I don’t think TTV would ever agree to that.

At best, I would expect them to have sevelar episodes in a season where they would be. Maybe 2-3 whole flashback episodes about the island during that time.

If you want to know more about the personalities of the Barraki during the Kanohi period, I suggest you read my short stories:
Takadox
Kalmah
Pridak
Carapar