And now for another variation, this being my iteration of an 03 Matoran, Mahanu! Tell me if you like him! 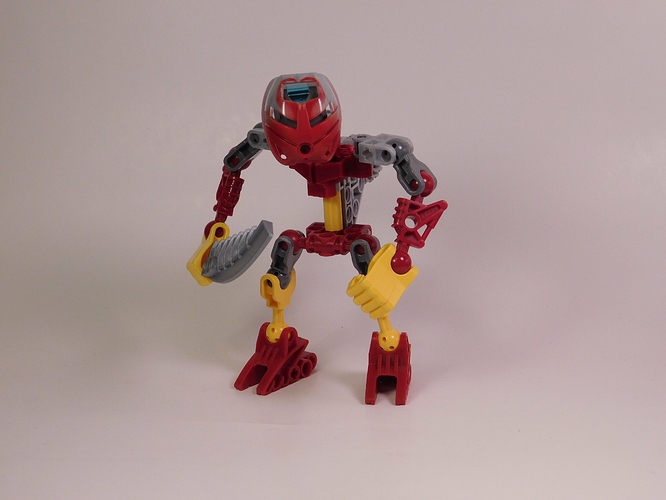 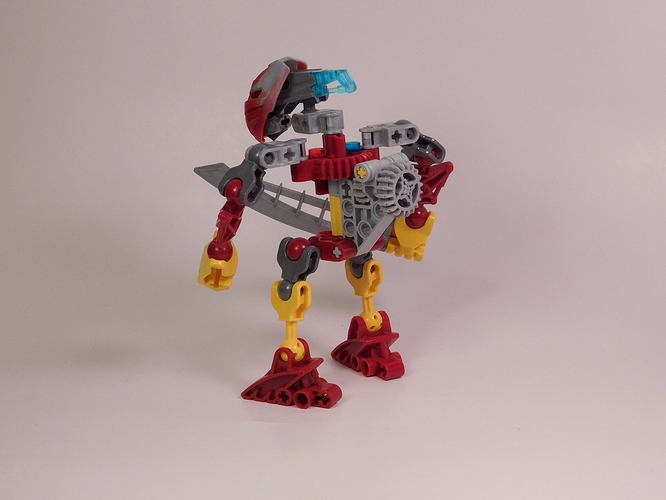 ~Brief Story~
He was part of the population of Metru Nui abducted and shrunken by Makuta’s Matoran Pods, then rebuilt on Mata Nui. He was part of the Ta-Koro Guard, then moved back to Metru Nui, then eventually evacuated the Great Spirit Robot and lived in New Atero.

I don’t like the stalky look by using the Vahki body structure.
The color is ok, almost similar to Jaller-

I’ll be honest, he looks too spindly. Just bulk him up a bit and he’ll be fine.

Seems a little big for a rebuilt MataToran, but the build is pretty creative and cool to see.

@Hautaka @BBricks eh, I like it, the normal MataToran parts aren’t in enough colors so this is what I could do, I’m satisfied