After a few months in the dorm, I’ve been enjoying being a kid again for the holidays. So, here’s Midak, based on one of my favorite Onu-Matoran in MNOG. Prepare for a lot of reading. 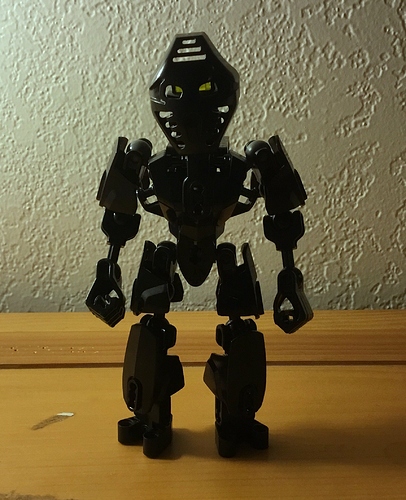 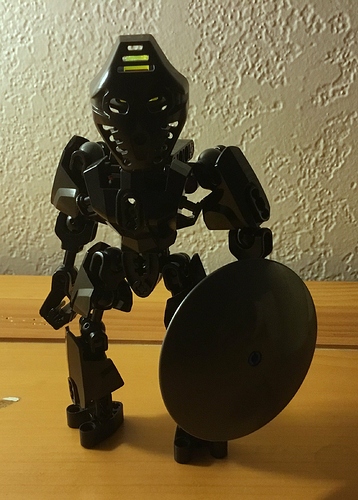 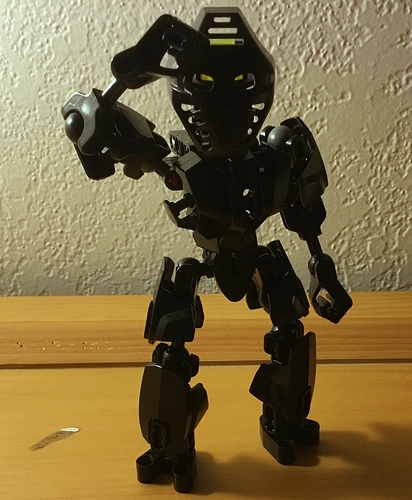 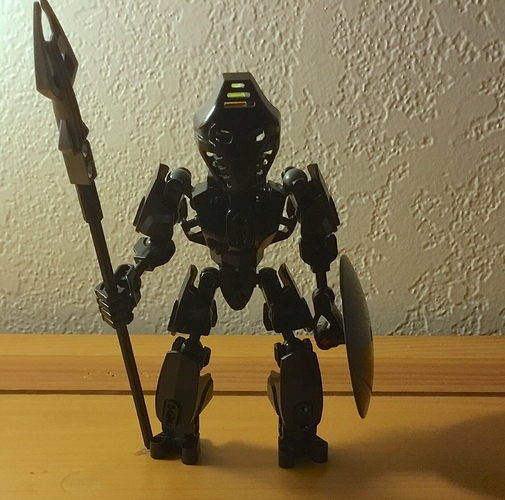 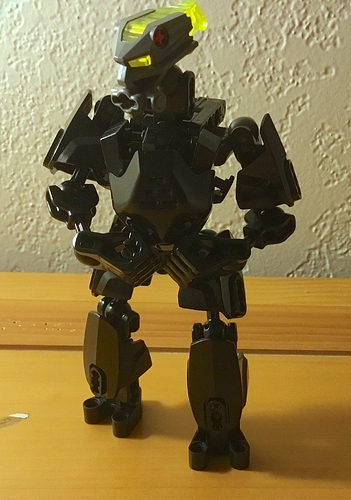 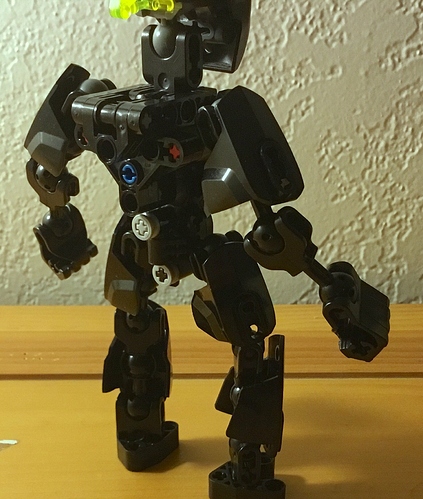 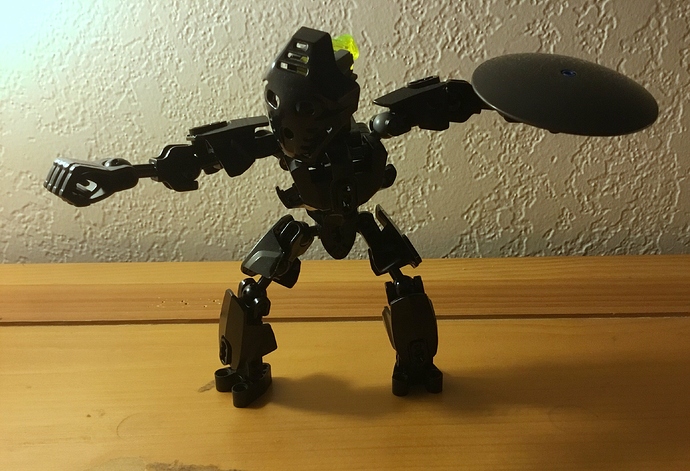 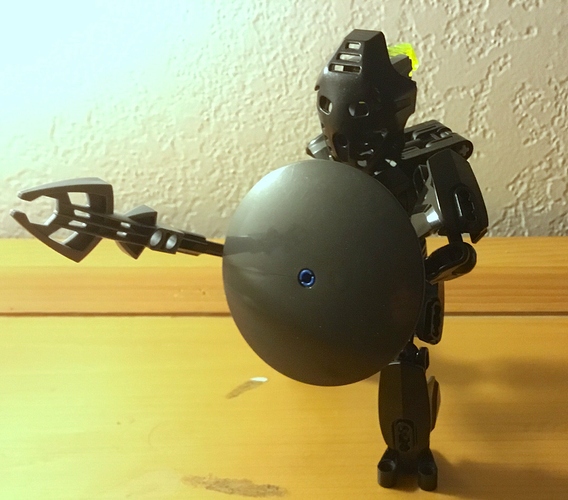 Story: Midak, unlike most of the population of the island’s earth region, Manatero, enjoys living above ground, tending to the Ussori Crabs used to get around the underground caverns and many underground settlements. Midak lives near the reef that spans from northern Manatero into the southern part of the stone region, Kolvilith. He spends his time doing what most Manaterans and Kolvilians do at the reef: fish. With his spear, he catches as many fish as he can near the shore before he takes a net and boat to the reef and open waters. Some fish he keeps for himself, but most of the catch goes to the Ussori. Midak also does a little farming on the side, relying on storms to grow anything in the “Barren-Lands”.
Midak doesn’t really like fighting, but he does worry about the good of the island. He volunteers to be a temporary guardsman regularly, using whatever he has on hand to do his duty (usually using his fishing spear and Apoka, sometimes a sickle). The Manateran Guard relies on Midak to take care of retired military or racing crabs, whom Midak sometimes has conversations with. Overall, Midak is a very likable Okotan, especially to Kolvilians, Ekuanans, above-ground Manaterans, and many travellers. However, some judge him for living above ground and being a farmer.
Some speculate that Midak had always been “built differently”, noting his appearance compared to most Okotans. Even his mask seemed older than most masks worn currently. Although the appearance of Okotans usually change with every “pass”, for some reason, Midak’s body had always been that way since his dawning. Some view him as the image of the more ancient Okotans, while others view it as a defect of some kind.

Set: The torso was the part of this Moc I spent time on the most, trying to find a way to build a simple, unique, sturdy body. Although the back is sort of meh, I was a little proud of the overall design. I wanted to use the old Pakari because it seemed appropriate and looked better to me than the new Pakari, plus story purposes. Although it seems boring, I do like Midak being all black like in the game.

Trivia: Although living above ground is unorthodox, there are a couple of Manateran settlements above ground.
Ussori are basically Ussal Crabs. Their name means “Quick Shell” in Okotan.
“Barren-Lands” is a name for the regions with little to no vegetation.
An Apoka Disk is a larger type of Kanoka disk that can be used as a proper shield and can still be thrown at enemies.
The part of the Manateran Guard that uses Ussori are called the Uzoa Warriors.
Ekuanans are Okotans of Ekuana, the Water Region.
An Okotan’s passing is what the Okotans believe to be the way to Anali, the blue celestial body in the Okotan sky, seen as a paradise. The Okotan’s soul stays in Anali, resting and relaxing until a new body is ready to be made. An Okotan usually keeps their mask with each passing, and a body needs resources, including a mask with the Okotan’s life essence, usually presented as offerings. These offerings include steelwood, water, and fibers and other materials gathered from trees. An Okotan’s memories are scrambled during this process.
A dawning is the birth of a new Okotan with a new body and mask. Dawnings occur in case an Okotan passes permanently or an emergency rises. A dawning is similar to a passing, except with a new mask with no life essence attributed to it and a heartstone from the top of Okoto’s center mountain, which is believed to give Okotans their souls. The new Okotan also receives their own name.

As always, sorry for the long post. Also, the trivia’s there because why not? I like world-building.

I also apologize for not including his chewing grass.

Aside from it being kind of hard to make out some of the finer details, this seems like a fairly awesome and solid version of Midak. I especially like the completely custom torso and use of the “Paw” piece as torso armor, as it adds a nice bit of bulk to the Onu-Matoran/Okotian.

Nice looking MOC, I would only recommend adding a secoundary color as the black can get mundane.

Do you think grey bones may help?

Yeah, but then he’ll look like a Gorast matoran. I think grey could work because the head and hordika necks are gray as well.

Aside from a bit of a problem with the lighting, this is a pretty solid moc

Personally I’d go with trans purple for the upper bones.

@BioKnight Yeah, I’m working on some better photos tomorrow when I have access to my parts again. I wanna try with gray bones.

@Payinku Yeah, I was considering solid purple shells for the upper limbs, but ultimately decided against it since it would deviate a bit from the source material. I also try and stay away from trans-color pieces since I feel like those pieces mean elemental energy, something Midak doesn’t possess.

I also try and stay away from trans-color pieces since I feel like those pieces mean elemental energy, something Midak doesn’t possess.

I don’t see it that way and I wish you didn’t as well, as I think a subtle touch of purple would do wonders for the moc, I’d advise to add the purple, but it’s your moc.

I hope these photos are better. I think natural lighting is better than indoor lighting, so hopefully you guys can see the smaller details. Also, I switched the upper limbs to gray, I think it looks better now. 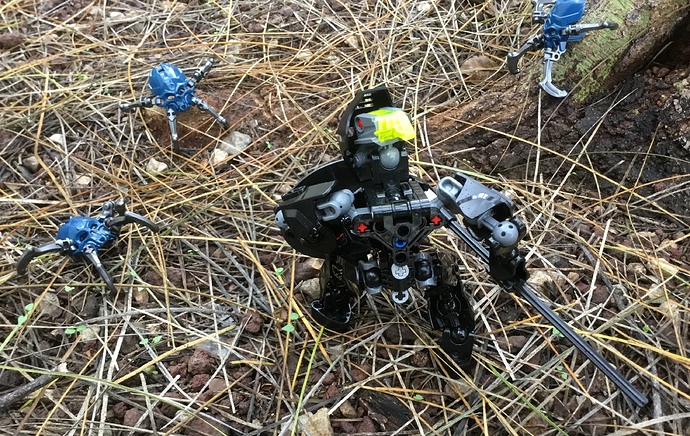 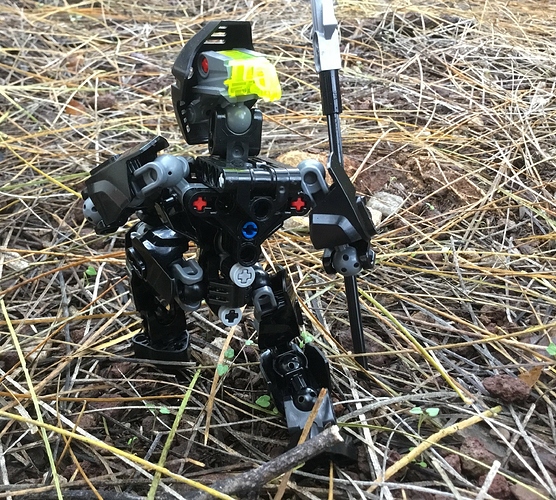 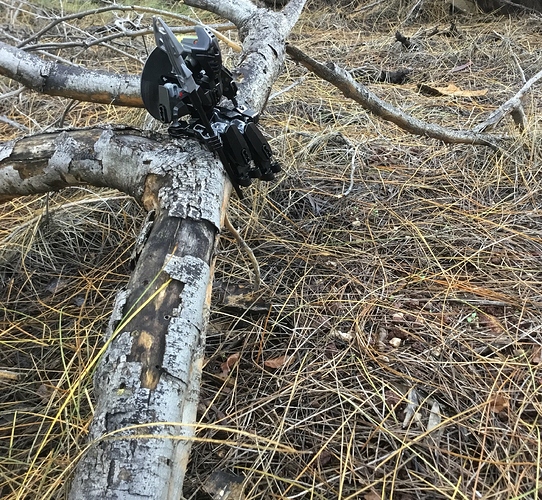 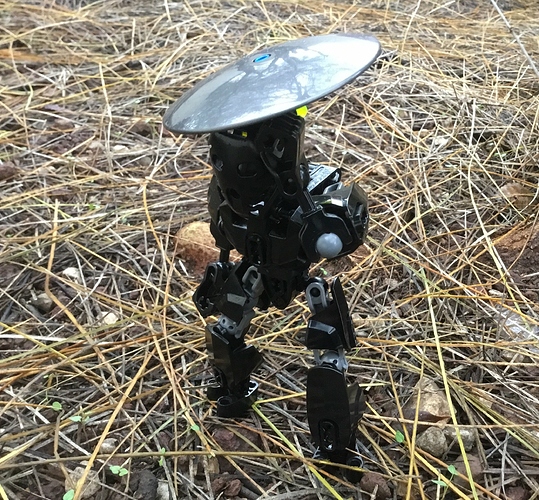 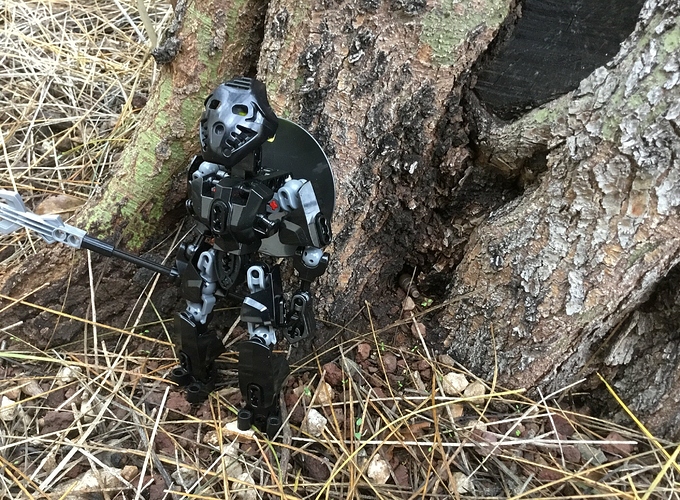 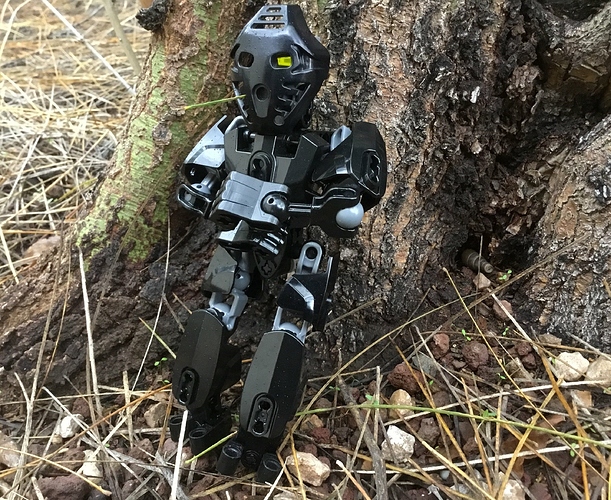 Pretty decent build. Nothing really stands out to me all that much, but there’s nothing fundamentally wrong with a basic MOC.

Hmm is that a hat? Maybe an umbrella? Either way the moc looks good

Just him literally shielding himself from the rain.

@Ekorak Yeah, I wasn’t really planning for this to be anything but small and simple, but I spent a lot of time trying to make a custom torso and am content with what I came up with.