A robot bounty hunter who built himself a companion. Because he’s a bounty hunter, I felt I should take the pictures outside.

Here’s Miro and his companion Iti. 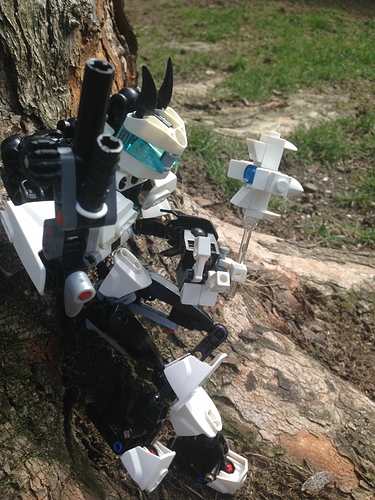 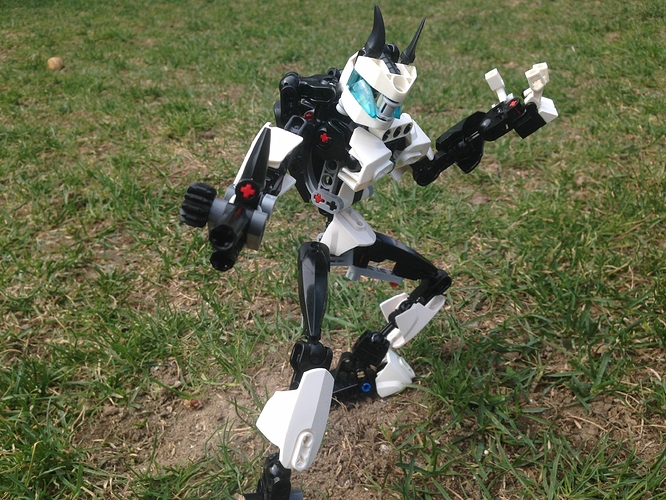 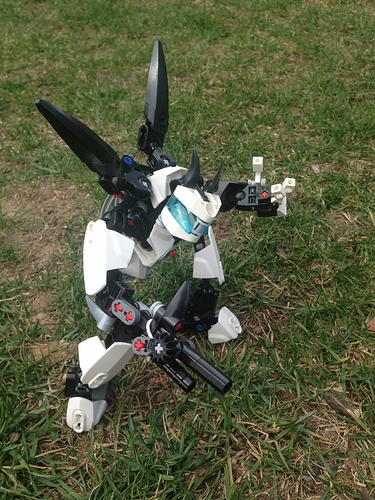 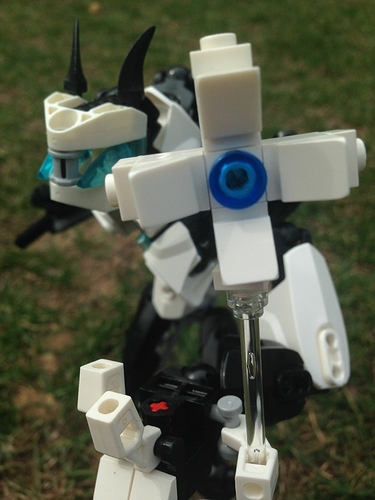 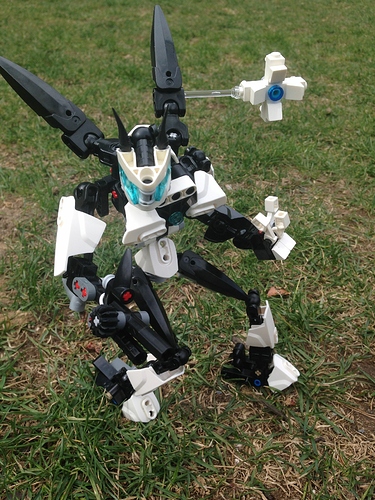 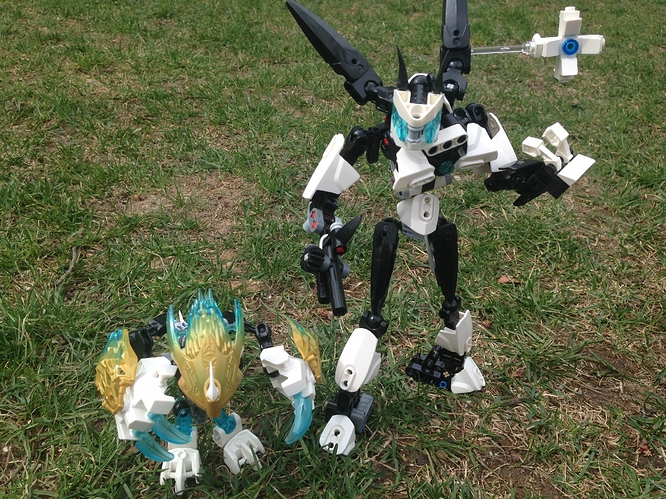 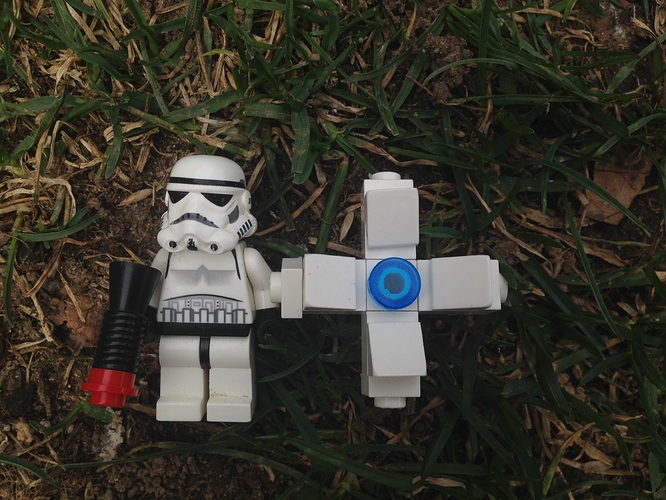 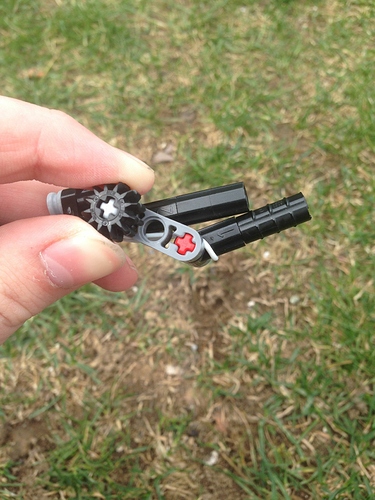 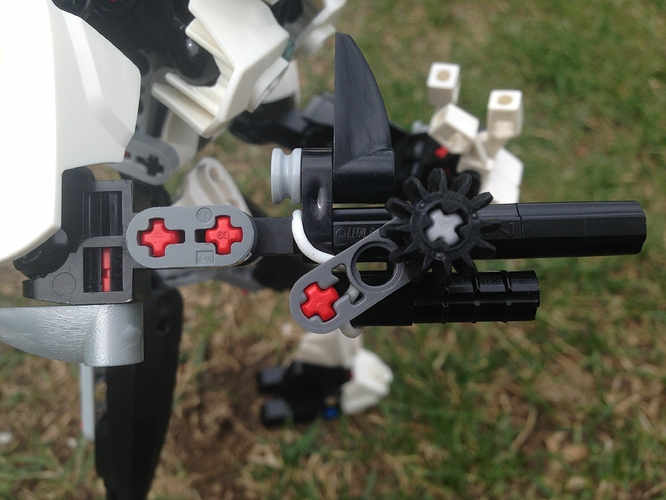 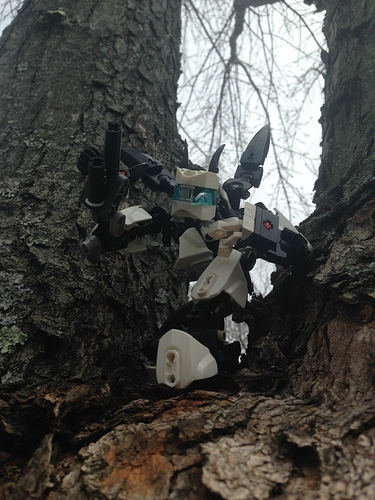 What do you think? Do you like Miro? How about Iti? Tell me what you think!

Miru Miro has incredibly skinny upper legs, and the chest is awkward looking. The head looks weird at some points because of where the neck is. But other that, it’s good.

Iti is pretty good, but i would make him more of a () shape instead of a + shape.

I love the skinny look of him, and the little floating companion thingy is a really fantastic idea.

ITI IS A GHOST

I actually did that on purpose, so I guess I accomplished my job.

the chest is awkward looking

Not from the front. I didn’t realize that there isn’t a front shot!

ITI IS A GHOST

AND IS VOICED BY PETER DINKLAGE

I agree with what Omega said, but I think it has an interesting robotic look to it. Miro is reminding me of Destiny.

AND IS VOICED BY NOLAN NORTH!

Well, it could be improved, but lots of my MOCs can too, and they still look good. The same goes for this, it could be better, but it looks good!

Honestly, I like the upper legs. They give him a distinct look that I haven’t seen anywhere else. It looks like they would just collapse if whatever energy holding him together were to cease, and that’s pretty neat. 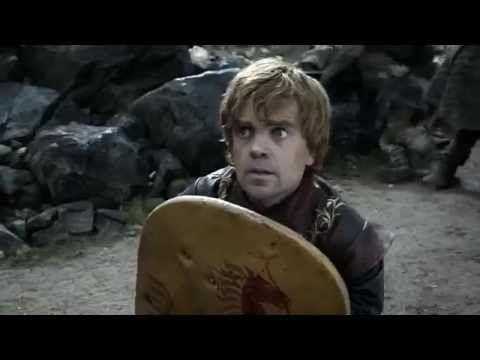 @Lord_Tuma
These two are pretty interesting. The head looks a little strange for me since the eyes poke outside the frame given by the white parts. Maybe it can be made a little tighter with some system bits and cheese slopes, not sure. As for the rest, it looks pretty cool. Similar level of style and detail to a real set. Could use some more filling in of gaps and such.

These two are pretty neat!

Miro is a bit awkward at times, but is an interesting idea. And Iti is some kind of…Ghost…

i think it looks good but maybe add a little aqua or silver other than that i would give it a 6 or 7 out off ten still a great moc well done
P.s it may just be how i build mocs

looks good except for the upper legs

Miro is very nicely done, but I think that the upper legs could be a bit thicker

As for Iti, it is really cool. It’s design is pretty simple yet pulls off the robot companion look very well!