The origin for this MOC is special. I was looking at building instructions for ideas, and i saw hydraxon’s body build and wanted to base my next MOC on that body and modify it. It went great. at first, i planned of using a silver headpiece under the mask, but i tried and it looked odd. i switched to blue and it looked like the head was part of the mask. 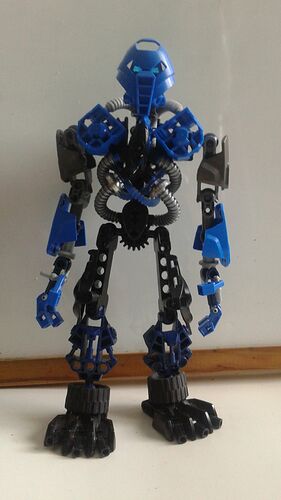 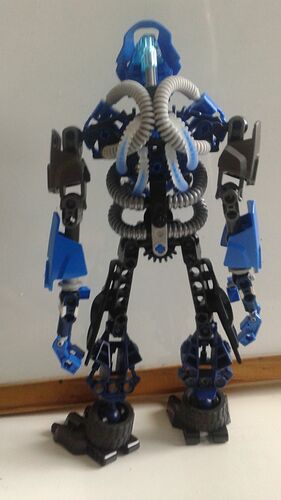 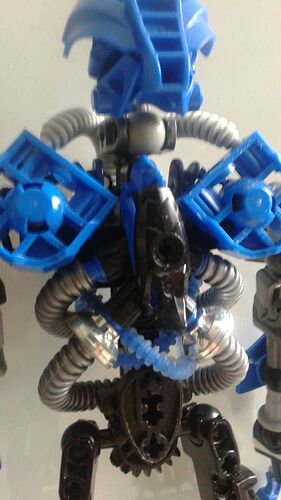 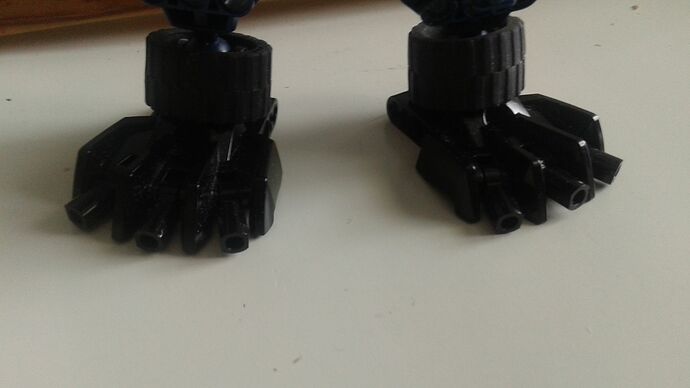 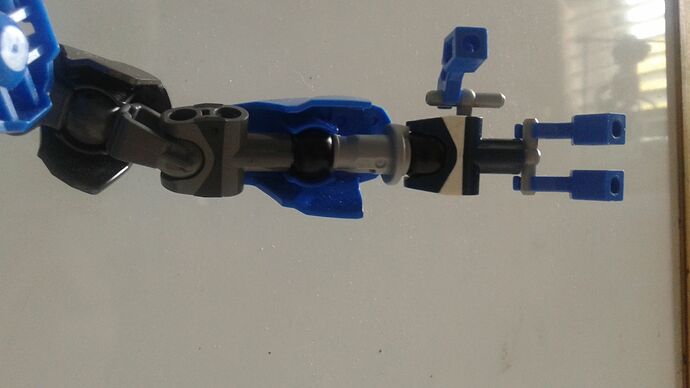 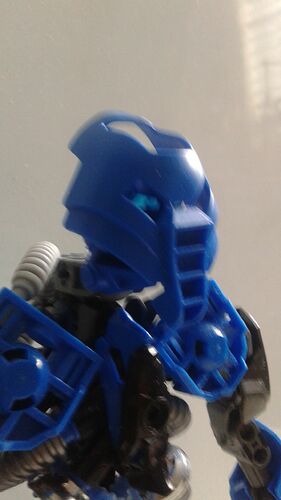 I really like the color scheme, and I especially love all the tubes and how intricate the chest/body looks.

However it looks like the arms are a bit too long and lanky for the body, and I think the upper legs could stand to be armored a bit more.

Is there a backstory behind Cyrus? What is his/her backstory? Does Cyrus have any teammates or powers? I’d like to see more.

cyrus is a travelling warrior, who lived on voya nui until the defeat of makuta, when he swam all the way to mata nui. in total, he has 11 teammates on mata nui and his mentor, who disapeared long before he went to mata nui. he masters the element of steel in order to raise his strength and endurance, but it puts a strain on his body, making him use more stamina than usual. other than that, he uses a self-taught art named focus strength, to fight if he doesn’t use his steel powers. (to be honest, i haven’t built his mentor yet.)

The color scheme is good, but the whole build is just full of gaps.
Also the feet to me look really big.

make the arms shorter, bulk up the torso and legs, and give it a weapon
I think a flail of some sort would suffice

if it doesn’t look good, then still take a picture, so maybe I can see what you did wrong

i’m working on a hammer for him

I could try Building His Mentor?

go ahead, knock yourself out. i don’t even have a design for him yet

thank you
do you want it to be a Suprise?

yeah! when you’re done, i’d like it if you sent me some kind of building guide so i can have it in the MOC group

I would say, why not Iron but, it’s blue so,
why not water/psonics?

I hate the torso, it’s so messy and overdetailed.
the arms are too long, and the armor feels awkward.
the upper legs are, odd.
the feet don’t need the additions.

steel because what do you think of when you hear “man of steel”? strong, resillient, etc. the blue is used because of two factors. one: i had a spare blue huna and wanted to do something with it. two: because in my custom storyline, cyrus actually runs on water, hence all the pipes

cyrus actually runs on water, hence all the pipes

you have a point, but the steel is not an element on his body, but a cast element, which is different than a base element
. casts, in my custom storyline, are like spells. your black mage casts fire? he’s not necessarily of a fire element himself, but he can still use fire spells

Anything with tubes is cool in my book

The blue chest plates are too separated from the rest of the moc and don’t flow.

“Muh”
-Oniwah’s sister in regards to this MOC

Well that’s what this MOC is I guess.

This is a great MOC, but the really long arms look weird

It’s pretty good! The proportions are a little off though.