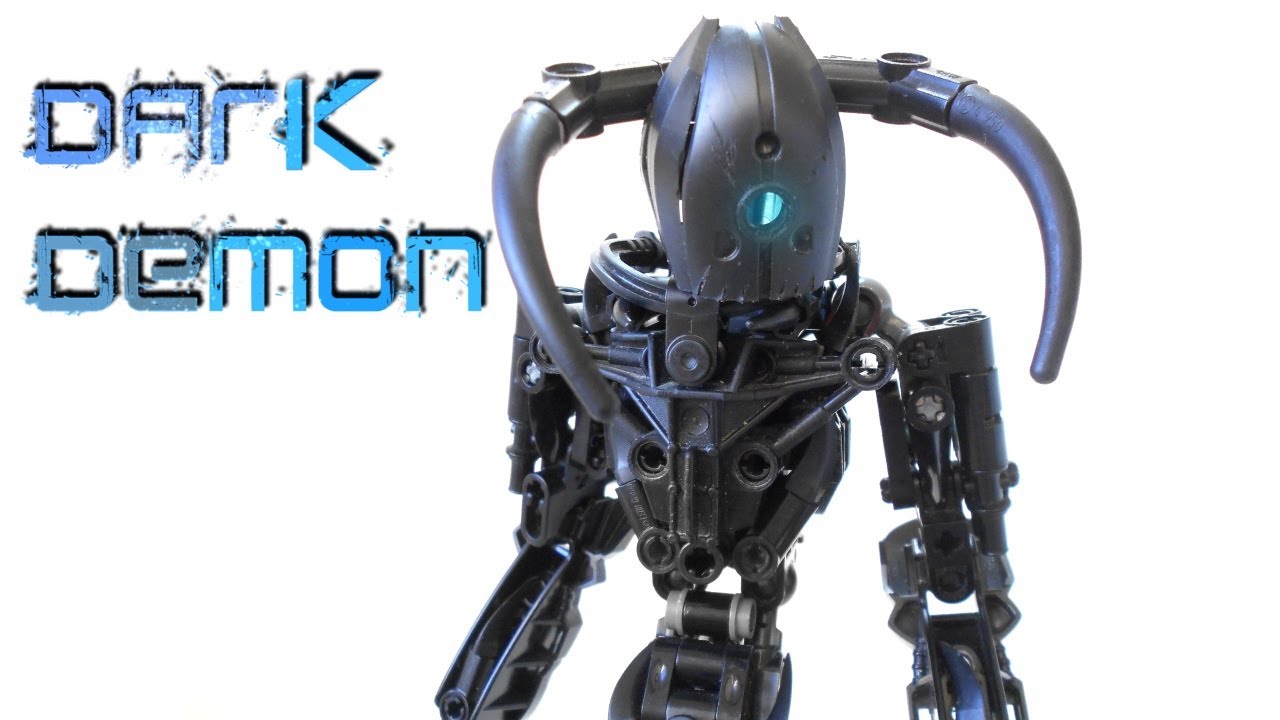 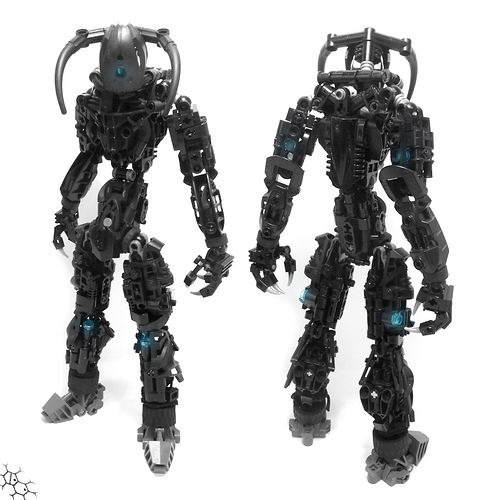 Darkdemon appeared on a cold morning in front of the Yeksters orphanage, it was very small, little bigger than a fikou.
Those years had been ordered the extermination of the Yekster’s species and the measures of protection were extreme.
Darkdemon still didn’t know what was happening, he was young, he played with his companions and he continued his life. In the orphanage he met friends like Krees and Nero, he also made some enemies.There was where he got his nickname, his friends called him that because his dark skin and the horns he had.
Everything seemed normal, there were no problems, until the fire came. At night, a squadron of Toa was approaching the orphanage.Eliminated the guards of the west gate and entered.All were asleep, but then they woke up one by one , The Toa were destroying everything, breaking all the furniture and killing anyone who stood in between. A Toa entered the room in which Darkdemon was, they were all still and terrified, the Toa carried a torch and Did not hesitate to set fire to the room, Darkdemon ran down the corridors trying to escape the monsters that followed him . An explosion broke the wall and threw Darkdemon out of the building. Badly injured, he crawled to the river. Led downstream, contemplating what was once his home, now sank into a great wake of fire and explosions.
Darkdemon, wounded and scared, took refuge in a cave for several days. A large shadow approached him, spoke to him with affection and seemed to be able to help him. It was Nhecron.
Nhecron welcomed him into his home as if he were his son, trained him very hard in close combat and always taught him that his enemy were the Toa.
Over the years, Darkdemon grew up and fought in the service of Nhecron’s army. Gradually they were recruiting more soldiers and in a search party in the energy markets in Zantar, they found Krees. It had been years since a Yekster was alive and that she, a friend of the orphanage, produced a spark of joy inside Darkdemon.
The years went by. Krees was assigned to Darkdemon’s squadron and that made them spend more time together. Their old relationship became a different kind of sentimental relationship. Nhecron would never approve of that relationship, so they had to keep it a secret.
Everything began to twist the moment Krees became pregnant. They were times of war, you can not predict what happens on the battlefield. Krees was hit by several bullets that made serious injuries. Because of this she died, but they managed to save their egg, Darkdemon had to hide it, they could not know that it was theirs or they would take it away from him.
In Kunan began the war of Rashiux, in it was Garlhok, a soldier that commanded the squadron shreds in the opposite side. Garlhok was wounded by Darkdemon and was blinded in one eye, that did not sit well at all. He investigated where the dark-skin, big-horned Yekster who shot himwas staying. When he got his whereabouts he burst into the room where he was, it was a death fight. No one wanted to lose. In that fight Garlhok discovered the capsule where his egg was, took it and making fun of Darkdemon throwing the egg into the river ,Darkdemon ran and launched into the water.At that moment could not feel more pain than He felt the fury rising in his head and seemed to explode. The only thing he could do was shout “I hate you, I’ll kill you!” As he stirred the murky water of the river. Garlhok was walking away laughing.
Darkdemon spent days looking for his egg. He didn’t find it.[…] 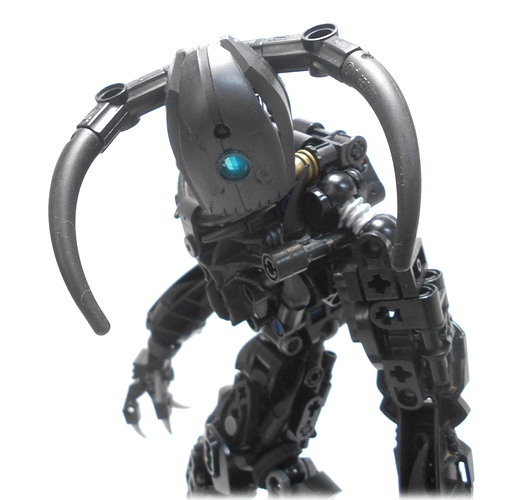 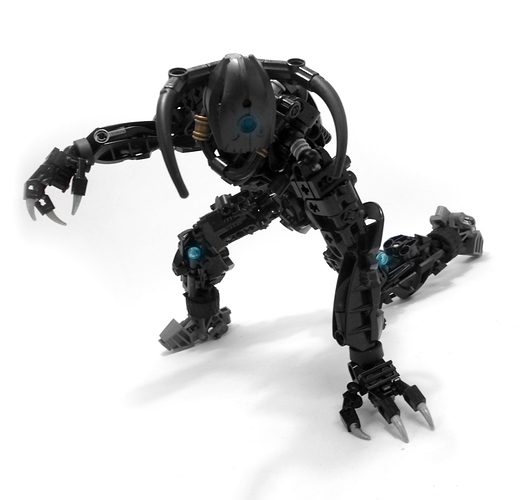 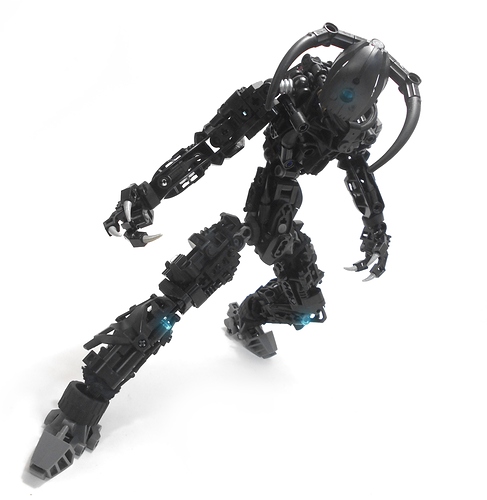 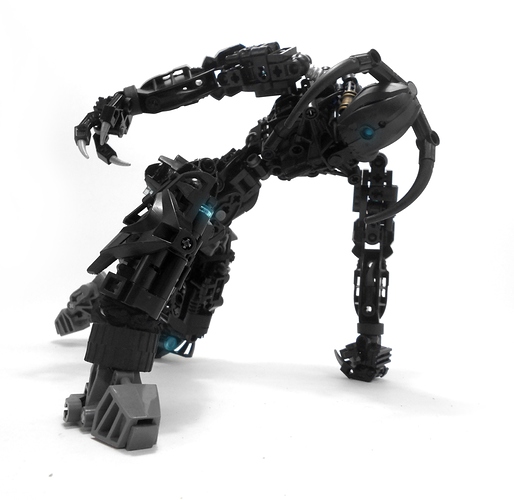 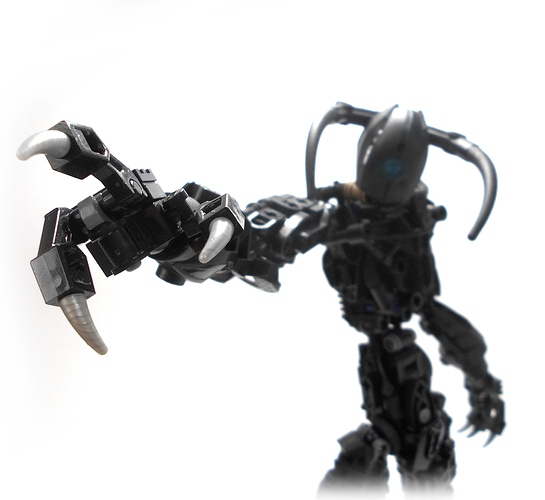 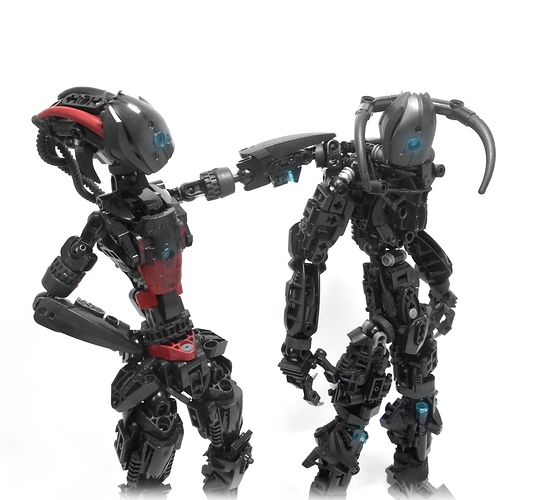 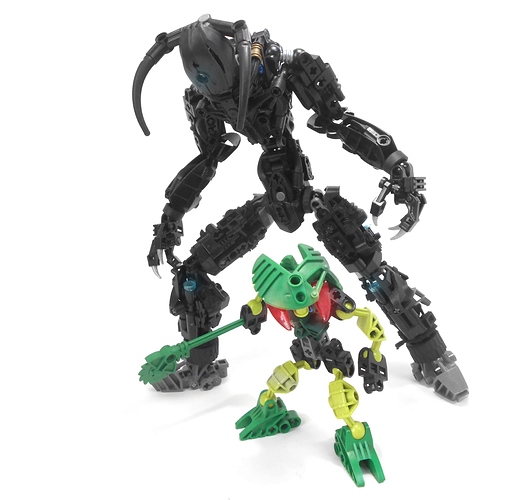 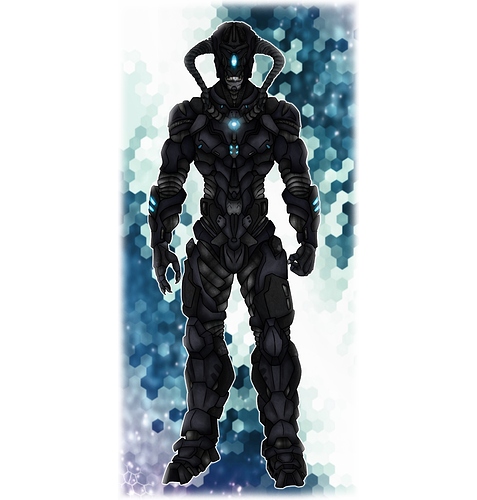 This looks great! You may want to add some more of that light blue color though, perhaps on the arms and shoulders as highlights.

Nice job as always
The torso and the head looks awesone