So, hello everybody! Just about a year ago I got into building with my Bionicle parts again and well, I want to share my MOCs with you, starting off with the oldest one!

I think this one is my biggest MOC so far, though I took it apart some time ago. I also wrote kind of an entry for the book “Rahi Beasts” by Greg Farshtey and Jeff James for it, so here you go:

All most people have ever seen of these Rahi are their piercing green eyes, glowing in the dark of the Archives sub-levels. Many legends are told about the Dermis Dragons and their lairs full of glittering Protodermis objects, they collect for unknown reasons.

“The dragons took it” is a popular saying of Onu-Matoran archivists, if equippment vanishes seemingly without a trace. To get things back if indeed a Dermis Dragon took them, is nearly impossible, though. Generally not hostile to Matoran, a Dermis Dragon will defend its lair with its life, if need be. Some believe, that this may be, because they were originally guardians for valuable objects.

The main tools, as well as weapons of the Dermis Dragons are their claws that can cut through most substances as if they were nothing at all. It is also rumored, that they are able to create illusions, though it has‘nt been proved yet. In defence they rely on their huge size and their nearly undistructible armor, that even deflects the powers of spinners and disks.

Rahaga Bomonga says: “The question with them is: How do you catch something, that‘s immune to spinners and tears every prison to shreds in seconds? We tried to seal them away in their lairs, but they just dug themselves out. Luckily the Visorak didn‘t fare better so far. So for the moment we‘ll just leave the Dermis Dragons be. Hopefully that‘s enough.“ 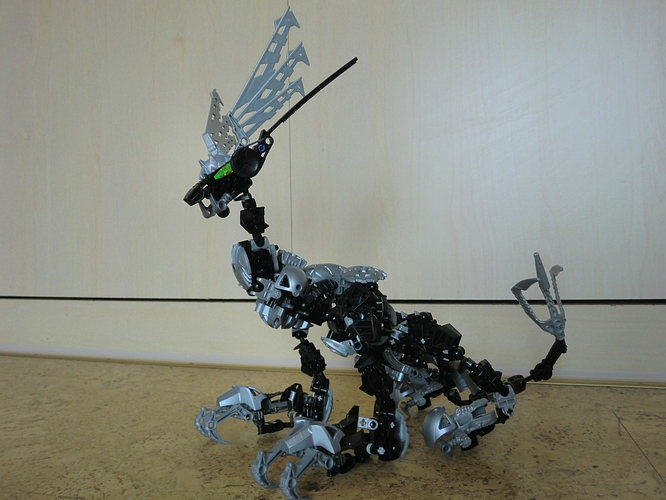 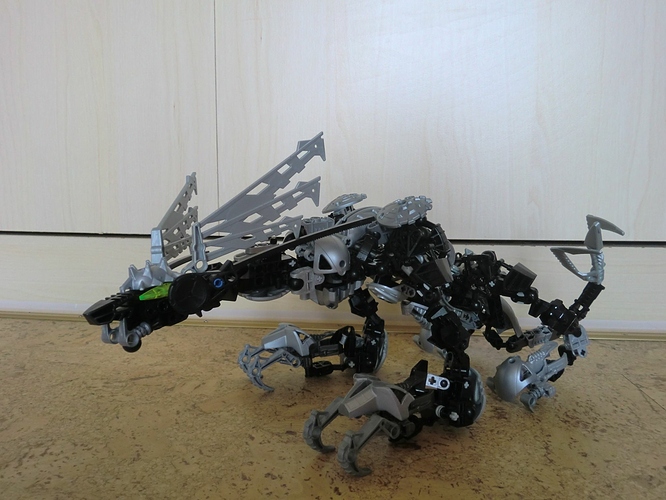 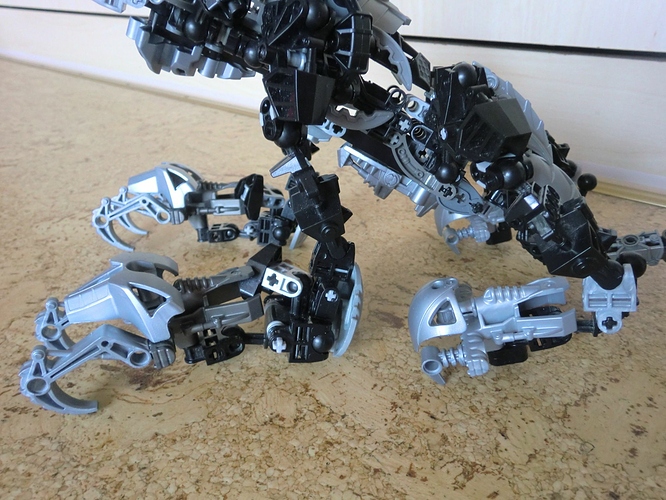 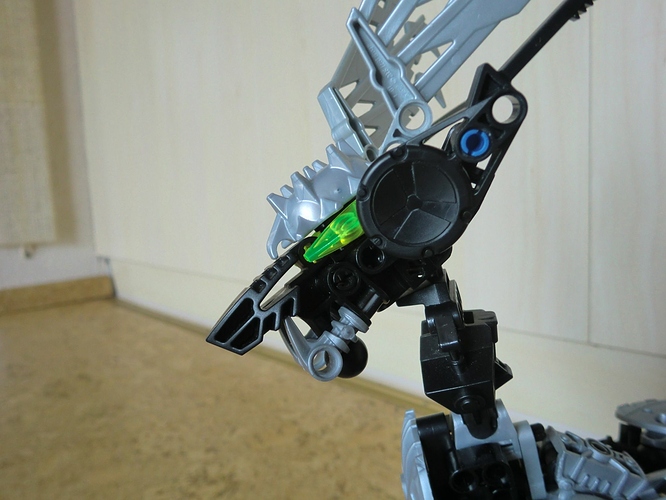 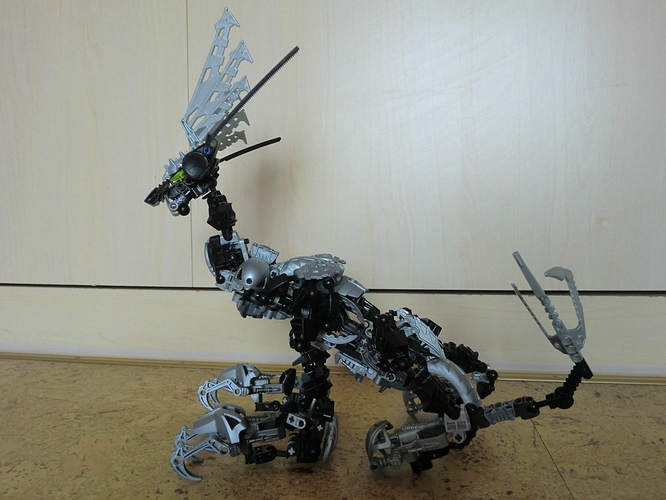 (Oh, and it’s not in any way related to the Proto Drake, I just could’nt come up with a better name)

This definitely has some Pre- '06 MoC vibes to it. Great job!

That is a really good use of the Rhotuka cords!

Good job!
I love the front legs and the head piece. It kind of reminds me of Miserix.

whoa, if this was a set I’d totally buy it

I get more of a “giant feline” vibe out of it, but it’s still pretty cool nonetheless.

7/10 for slick design, but some gappiness, weird tale, and “meh” color scheme.

Those ripcords are clever.

I got to admit this looks great.
Love the head.