Thousands of years before Okoto was formed, there were three islands, Koylek, Dehok, and Neryre. On the island of Nerye, lived a small village known as Aukru, which was mostly composed of warriors. One warrior was named Ukalax. Ukalax fought in many wars, including the “War for Fukire River” which was a skirmish between the jungle and stone tribe. During the war, Ukalax was stabbed through his body, instantly killing him. Several thousand years later, he was resurrected due to a test of an unfinished legendary mask, which became to be known as the Mask of Creation. He did not retain any memories from his previous life and walked around the remains of Nerye after a war known as “The Parish” which resulted in the entirety of the island being empty and devoid of life. He wandered the land mass, looking for answers, untill he withered away, never to be seen or heard from again. 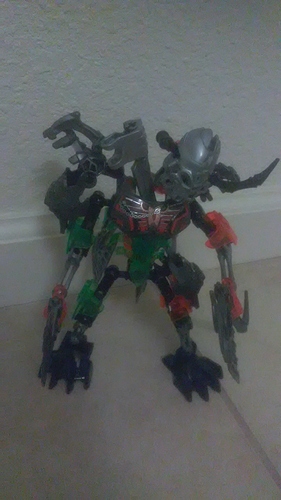 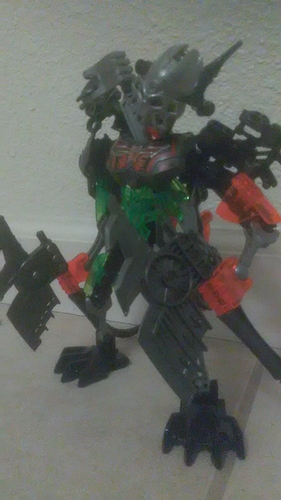 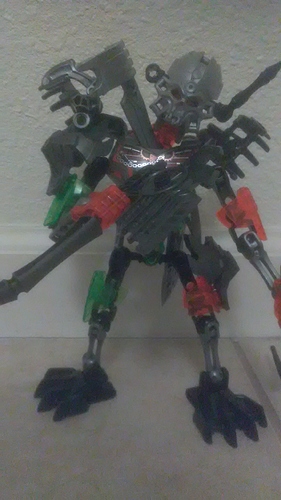 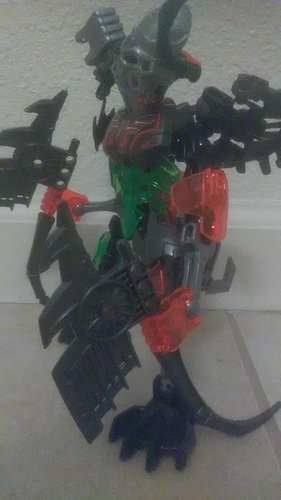 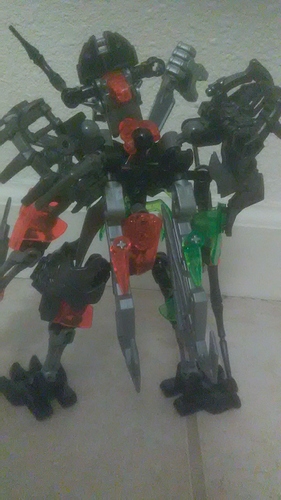 Interesting concept with the swords stabbing through his body, but it’s looks too much like Slicer.

Edited Title to look better/be less confusing - Distraxx
It looks okay, although it reminds me too much of Skull Slicer.

Kind of hard to see, could you clean up the pictures? From what I see looks cool, but the weird top arm throws me off a bit

The top arm you are referring to is a sword stabbed through his armor/body, but thank you