Onnuke is a robot who was built to guard his high rulers, but one day his programming was corrupted. After that he was torn into four personalities. He was meant to be destroyed, but was able to escape and live in isolation.
First Personalities: His first personalities is basically himself nothing to special. 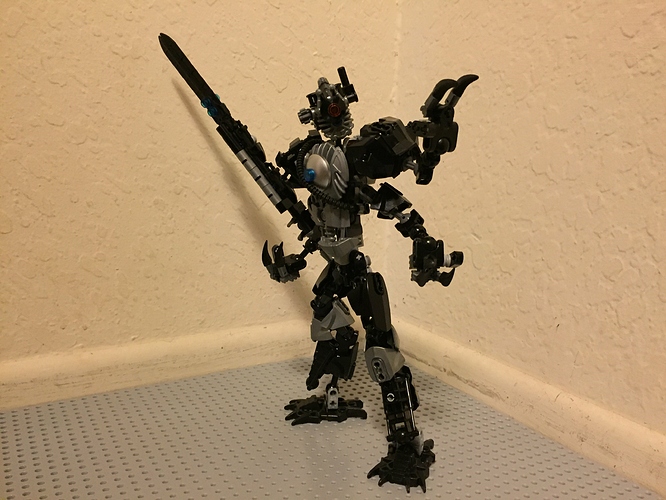 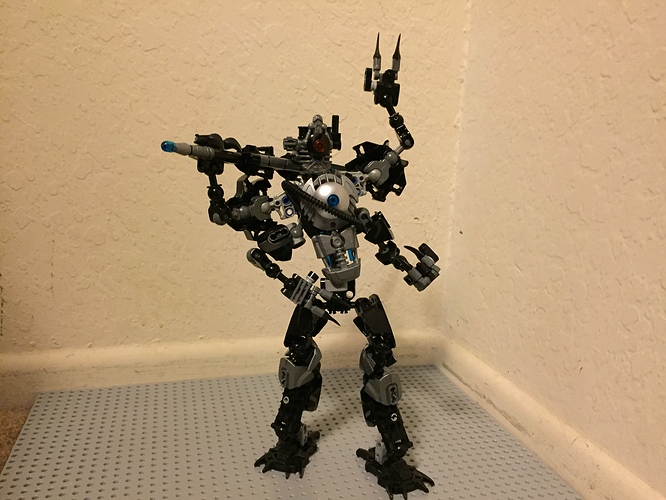 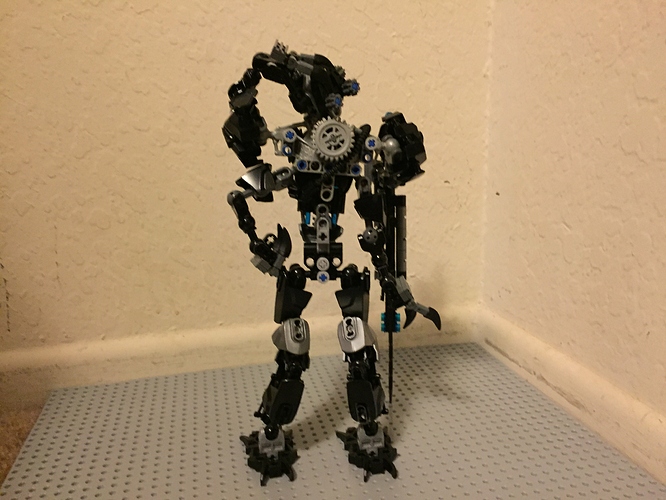 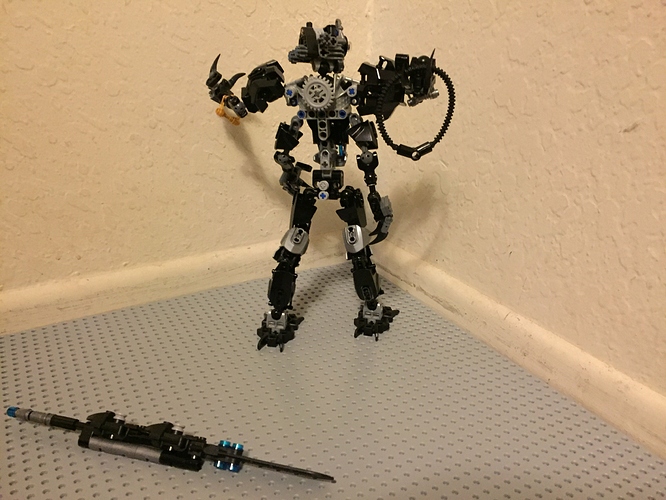 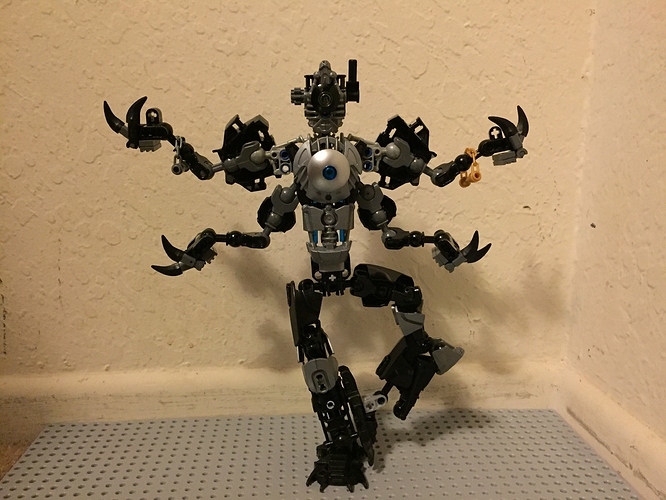 Third Personality: Onnuke’s third personalitiy is no longer a male, but a friendly and sassy female. 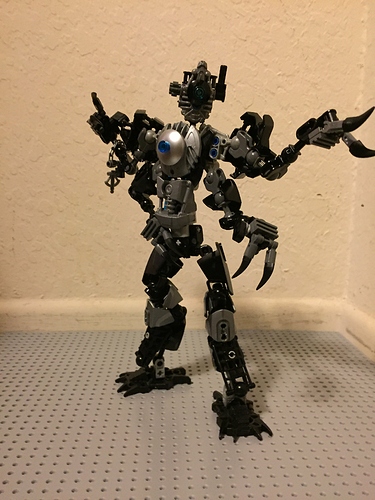 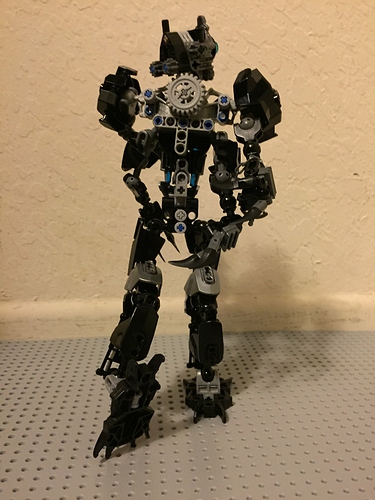 Fourth Personality: His last personality is pure anger. All he would like to do is to destroy and kill everything. 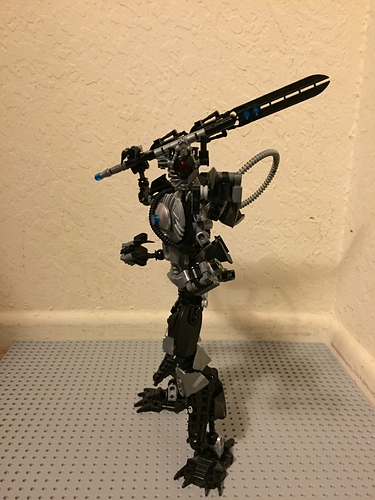 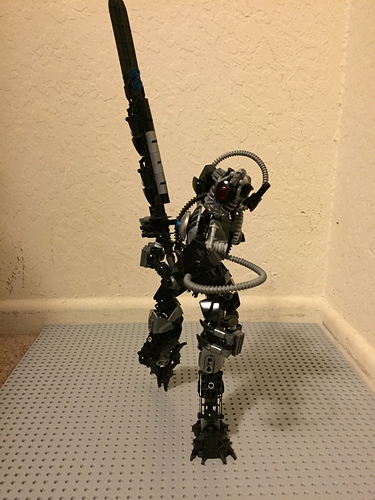 Here is the thing Onnuke knows he has multi-personalities, but his personalities don’t know that this isn’t they’re body and not real. Also he doesn’t know if he is real or not. 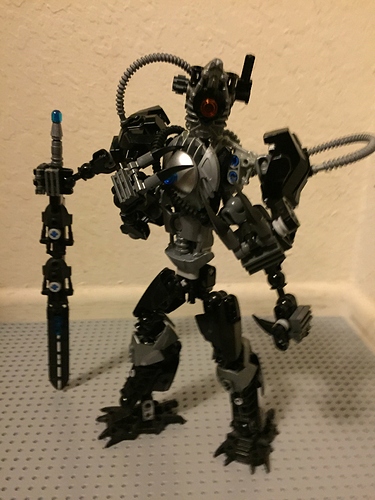 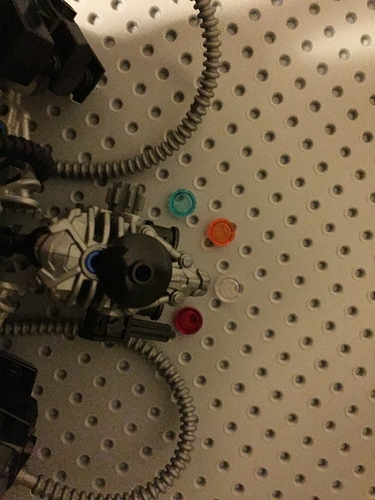 Hey, I hope you guys liked this. Also this is for a contest hosted by @Xing1870 . So that’s all see yeah.

In case anyone’s wondering, this is the competition.

[image] In this contest, the goal is to use a MOC using mostly black, white, grey, and silver pieces. RULES: 1: Any color can be used, but it's recommended to use mostly monochrome pieces. 2: MOCs can use technic, bionicle, CCBS, or system pieces, but may not be mainly system. 3: Non-lego parts can be used, but sparingly. 4: LDD is allowed 5. MOCs must not be previously posted on the internet. JUDGING MOCs will be judged based on: 1: Color consistency (using minimal color pieces) 2: Construction 3: Personality I will need volunteer judges that will not participate in the contest. PRIZES The top three winners will receive prizes. 1st: A piece of art made, of your choice (within reason). 2nd: A piece of art made, of your MOC in this contest. 3rd: A MOC made…

Thanks for the entry!

The MOC looks overall pretty cool, though I don’t really like how exposed the back looks.

I hear you, I just couldn’t figure out how to conceal the back.