“Our Tiberium harvesting operations. That pillow shop happens to be full of valuable blue Tiberium. That, and the shop just had an airship dropped on it” he explained.

That, and the shop just had an airship dropped on it.

General Igglepiggle watched from his flatscreen tv. “So! You think you can claim land under my command, destroy my private airliner and kill my most trusted commander?! Pah! This means WAR, Kane! Your troops are no match for my united army! Now, Tombliboos, I want you to take scout positions at nearby places containing this… ‘Tiberium’. Report back in 5 hours.”

And with that, the Tombliboos; Un, Oo and Ee; grabbed their equipment and headed out.

“Now is not the time”

Only about 30% of the earth’s surface, was considered a Red Zone, meaning it was uninhabitable by human life, due to Tiberium infestation. Such notable locations include Italy, and the Australian Outback.

About 50% is Yellow zones. War-torn regions, in environmental distress, containing a majority of the world’s population. It has moderate amounts of Tiberium, but no so much that it is uninhabitable. 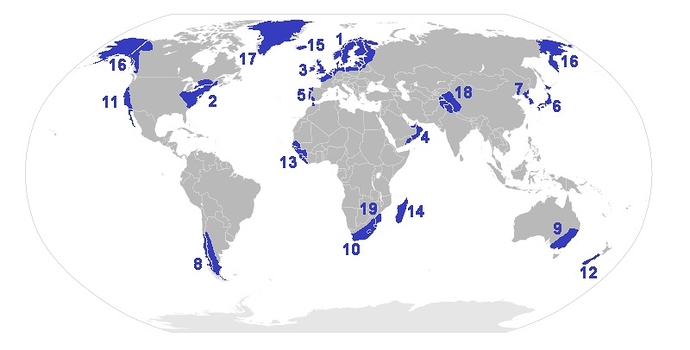 Suddenly, with no explanation, Romania got out of the infested zone.
It might be because Spencer was in a gym in Bucharest, and so his toxic masculinity armour was curing the country.

Suddenly, Spencer would see a figure wearing an obstructive cloak snooping around the back of the gym. He had a device in his hand, and had what appeared to be mining equipment.

Spencer might be the god of toxic masculinity, but he would not be aware to see what was happening in the back of the gym if he was inside of it.
Or at least didn’t showed that he observed it.

The figure then picked up a treadmill to reveal a small blue crystal underneath. He put on gloves and examined it.

He put on gloves and examined it.

He would feel extreme pain as the crystal slowly began converting the glove and the hand beneath it into more of itself. The infection had begun.

The figure then decided he had been stupid and proceeded to hit the crystal with a bongo.

crystal with a bongo.

the bongo would do little to the crystal, besides ripping through the membrane.

It was too late, the infection had started. The crystal would slowly convert him into more of itself over the course of the next few day, until he was pure blue Tiberium (and would consequentially be valuable).

Faint of heart look away. 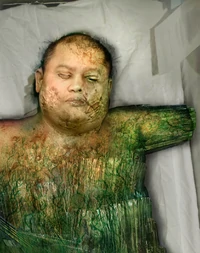 The figure’s cloak fell, revealing him to be Tombliboo Oo, now slightly encased in Tiberium. A rope hoooked onto Oo, and the Tombliboo was taken away by the Tittifers, back to Igglepiggle’s base.

OOC: Are you sure want to? That amount of Tiberium assimilation takes almost a day.

OOC: the post has been edit
IC: Oo was chucked straight through Igglepiggle’s window, right on top of his flatscreen tv. “Darn it Oo that cost me like half of your building blocks! Un, Ee, we have a situation here! Do not touch the crystals at any time! Oo has been infected! The Ninky Nonk will be picking you up from Pizza Hut. Get some Hot Dog bites while you’re there.”

Get some Hot Dog bites while you’re there.”

Spencer and his crew were now at the Pizza Hut.
They were doing an anime team pose while flexing their muscles and eating the last Hot Dogs.
Because everybody know: when you are at Pizza Hut, you eat Hot Dogs.

Do not touch the crystals at any time! Oo has been infected

Oo would need to be carefully contained, if yes didn’t want the crystal to begin to spread into the room. As it was, the room had most likely been slightly infected and within a day or two, little green Crystal’s would begin to appear.

OOC: if you read up on Tiberium using that link I gave you, you can find a way to contain it.

Igglepiggle looked at Oo, then at the slowly moving Tiberium around his hand, and then at the nearby furnace. Oo was pelted into the flames, his fire-resistant skin acting against the heat.

Meanwhile, Un and Ee arrived at Pizza Hut. They saw that Spencer was eating the last hot dog bites, and prepared to approach him.

The crew burped loudly after finishing eating. Deus Vult accidentally burped out a square inch of hot dog.
OOC: I need to make a profile for Deus Vult guy.
@Mr.Monopoly

his fire-resistant skin acting against the heat.

The fire would have no effect on the Tiberium. In a day or so, Oo would be completely Tiberium. The infection had also been seeded in the fireplace, in a day or so, little green crystals would begin to grow there as well.

The fire would have no effect on the Tiberium.

right into a river.

While this would delay the infection by at least a month, the river would eventually be converted into tiberium. Tibirium had officially traveled to (Iggleland?).