Real masculinity is everything but superficial.

A dash of Tiberium will solve that.

The power of character inconsistency will defend him.

Ok bois We did it It is time PROLOGUE: Igglepiggle looked around. The Pontipines amassing around him were in huge numbers. He bluntly swivelled on an axis of 180•. “General Makka-Pakka! It is time! Summon the Tombliboos!” All three tombliboos grabbed the control lever, and absolutely nothing happened. “Well darn then.” Said Igglepiggle. Meanwhile… @Toa_Vladin @Mctoran @Toa_Radrix @ProfSrlojohn @Ghid

I actually did it

this should be fun

an extra character, if that’s allowed. It’s nice to have a conspirator with a big army, but I need a man on the ground.

Name: Brother Zacharias
Gender: male
Powers: As a Brotherhood Confessor, Zacharias has some of the best armor the Brotherhood has available. His helmet allows him to see various points on the electromagnetic spectrum. Mechanical components built in give him superhuman strength, endurance, and speed. He possess a high powered, automatic rifle, firing shredder beams. He also has hallucinogenic grenades. He inspires other brotherhood troops, giving them a spiritual boost. While he has obvious combat abilities, he is a religious leader first, and a warrior second. He always has time to assist and guide his brethren. 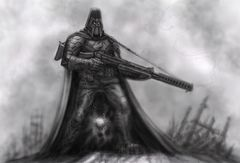 I guess since I’m introducing it now, here’s a nice article on Tiberium.

People are taking this seriously

Name: Deus Vult guy
Gender: Male
Powers: Crusades
Appearance: he looks like a perfectly normal buff guy that is rarely seen with a ■■■■■.
Except that his skin is entire made out of chainmail. His muscles, his skin, his bones, all of it.
He also wears a crusade helmet: 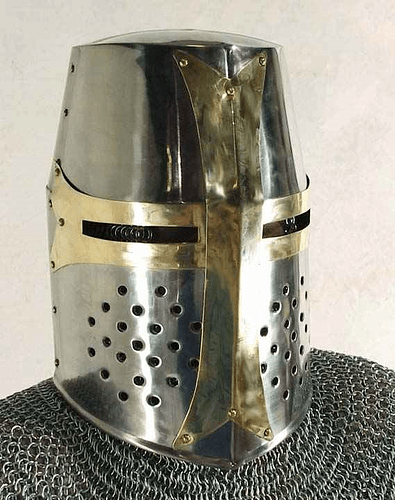 Name: Hepohepo
Gender: Force of Nature, male pronouns.
Powers (if any): His abilities, being the Embodiment of Chaos itself, include messing with the fabric of reality itself, so it suits him as he sees. The more chaotic a world he appears in, the more power he has to control the reality fabric.

He has four arms, two legs, a chaotic color scheme, the colors and armoring seeming to change configuration every time you blink or look at him, and a head/face that hurts to look at, and seems impossible to remember.

Name: Unknown, The First Krolo, Krolo
Gender: Not Applicable, uses all pronouns, excluding it. (they, he, she work just fine)
Powers: The First Krolo, is an embodiment of creation, while he is unable to directly affect this current reality, the First Krolo is able to create tools that can do so for him. He can simply create what he can imagine and maintain said creations.
Appearance:
The First Krolo has no real appearance, however the Unknown appears to anyone as they see the First Krolo. To some she appears as a hate-filled benevolent being, and to them he appears that way. To others he appears as a kind father or a gentle maiden, and to them he appears that way. However, his appearance is always tied to how the viewer sees him, what they believe her to be.

You have both been accept