Hello Everyone!
So I’m just going to cut to the chase and start with the pictures.
These are all the matoran (and etc.) I’ve made in the last year or so. 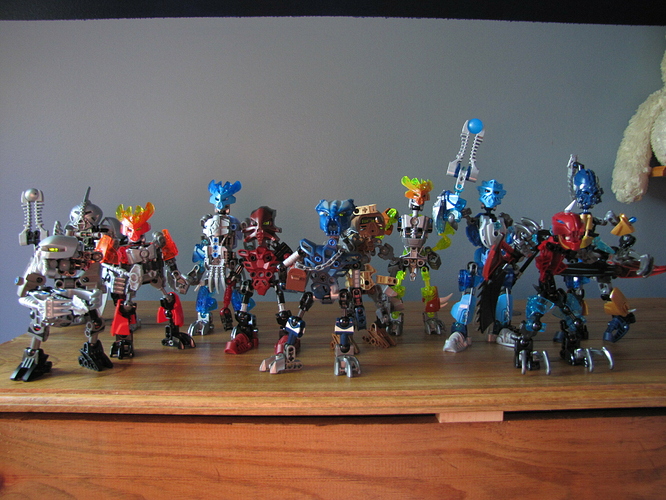 Here are more pictures and some descriptions: 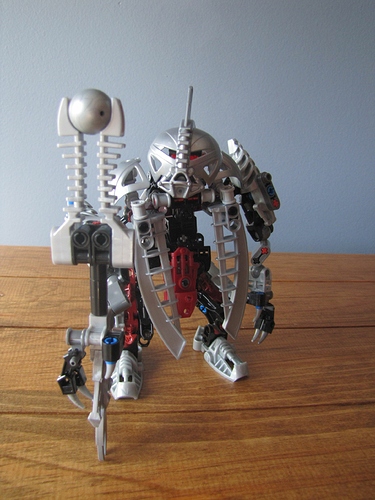 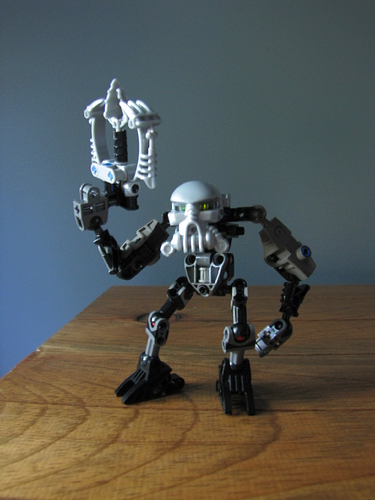 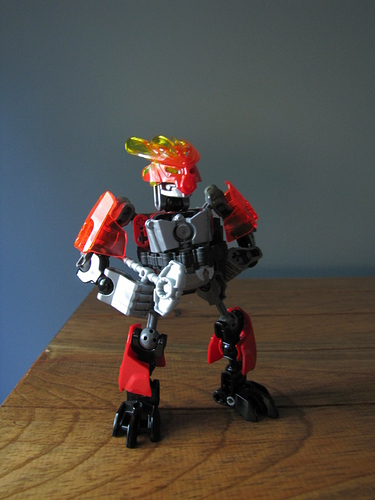 Name Rivak
Gender: Male
Occupation: Engineer
I’ve fixed some of the problems I’ve had with this MOC originally: his belt is actually like a belt, and he doesn’t have an extended neck anymore. 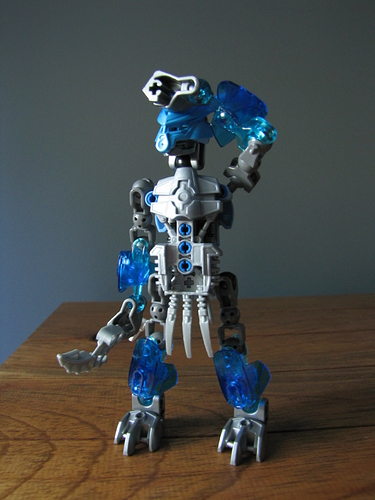 Name Tanala
Gender: Female
Occupation: None (She is the daughter of the Main Land’s Mayor/Leader 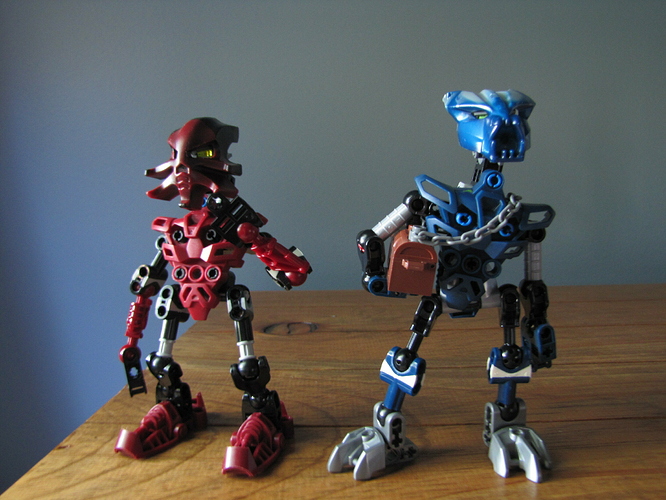 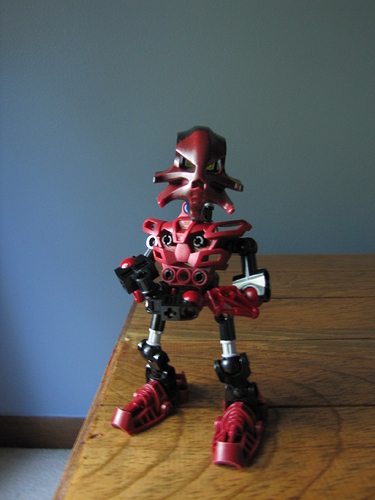 Name Parvak
Gender: Male
Occupation: None (He is a gambling man, who will bet on everything he can, and he’s had pretty good luck too).
I’m pretty happy with this MOC, except for the neck attachment as it sticks out more that I would like and is really just obnoxious. 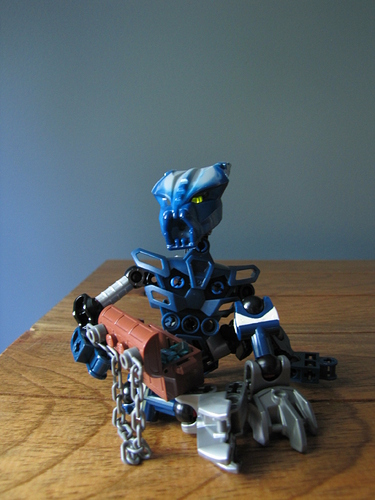 Name Xivia (Pronounced Ex- i-via)
Gender: Female
Occupation: None (She is a thief. She doesn’t want to be one, but she has no other way to support herself.) 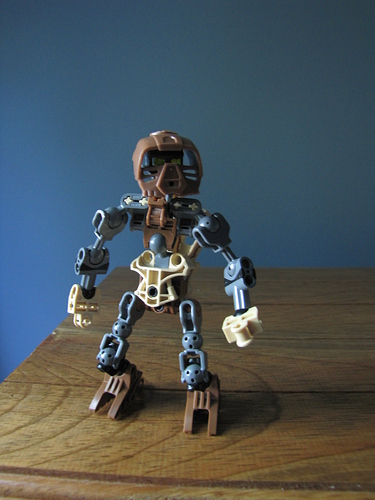 Name Povar
Gender: Male
Occupation: Stonemason headmaster
I’m overall happy with this MOC but I’d just like to see if it would look better with tan armor shells on his upper legs (Keep in mind, I don’t have tan armor shells). 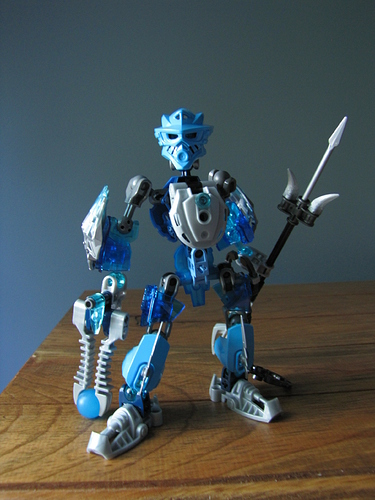 Name Kavlia
Gender Female
Occupation: Commander (-ess?) of the Sentry Guard of the City.
I am really happy as how this MOC turned out! (I also forgot to mention that her spear can be stored on her back). 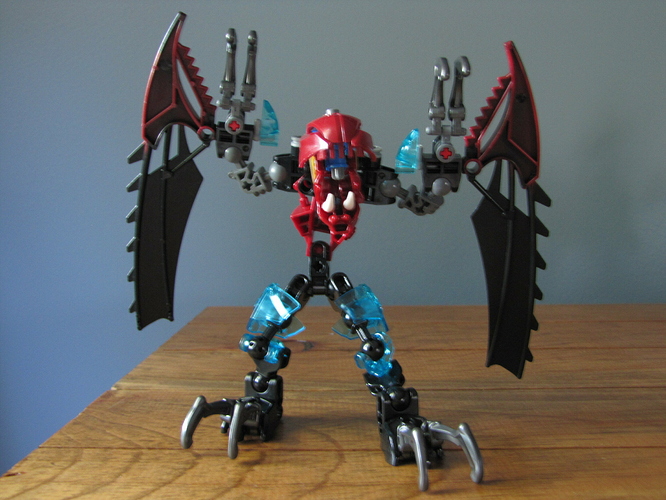 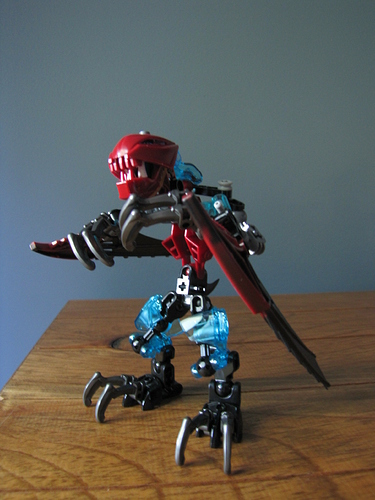 Some Bat Rahi who has opening jaws. I would also like to add a function to make it’s wings flap. 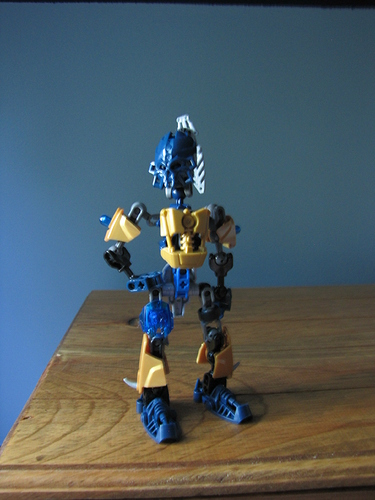 So that’s all I got for now! (And I’m out of ball joints!)
Comments and constructive criticism are greatly appreciated!
I appreciate all feed back! Thank you in advance!

I love the variety here.

Some are a bit lanky, but I like them.

Povar, Parvak, and Xivia look kinda lanky and bootleg, but as a whole this is a nice little collection of Matoran you have here.

I would try to find a way to beef up their limbs though, cause they’re pretty lanky. Some tires here and there would probably do the trick.

I can see where you all are coming from on the lankiness, and I have some alibis.
-Povar: I kind of want to keep him skinny (no real reason). I also want to keep his legs gray (and I’m not sure if tires come in gray). I could possibly use black, though…
-Parvak: I should actually see if tires look better on him. He is kinda lankier than I would like it to be.
-Xivia: Since she is a thief, I kinda wanted her to look thin/skinny as she is not to well off on herself.

In the end though, all matoran have really weird proportions and awkward builds (at times). I think the main reason for lankiness is the elbows and knees I add. That being said, I’ll try to add more beef to legs and arms (It’s hard though