Hello there, this is part two of my MOC lineup. I’ve been coming up with an oddball team of strange characters and I hope you all enjoy them!

I’ll be bringing up a few things from part one of this so for those confused that’s why haha. 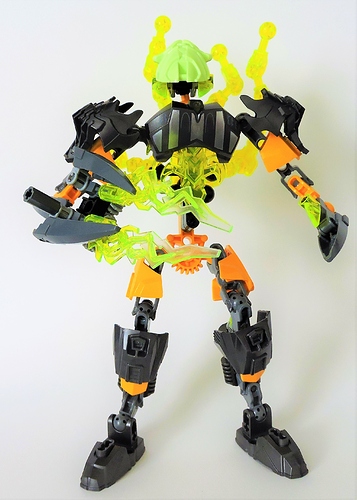 Bio: Oozaka has a deadly mask, one that imbues toxic and mutateous side affects, this has since altered his body into what it is today.
He is aggresive and hateful. He especially despises Shrakel and intends on overthrowing him in time.

Weapon facts: Besides his powerful Plasma Cutter weapon, which can basically cut through anything, he can also control the deadly mutagen from his body to act as sort of tentacles.

He also has a gear function on his weapon that works and is super fun to play around with. 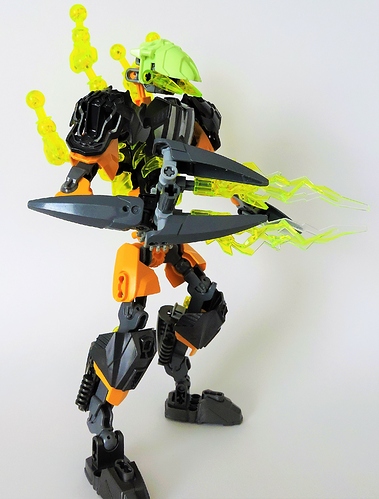 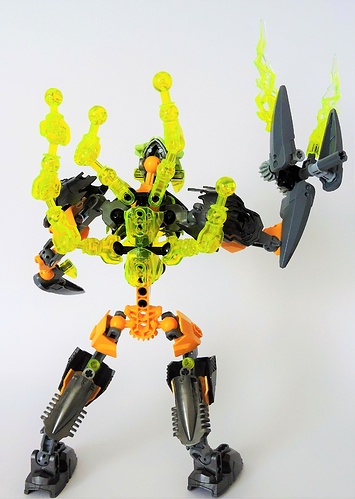 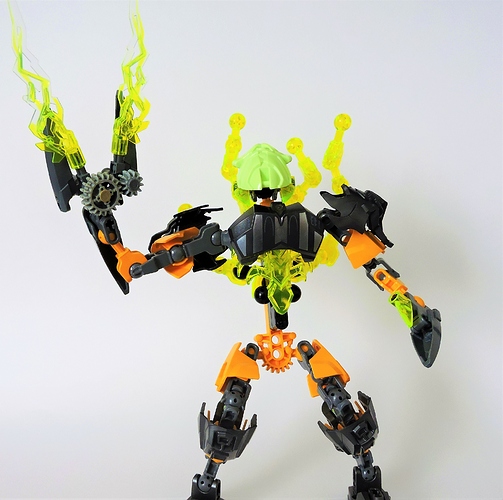 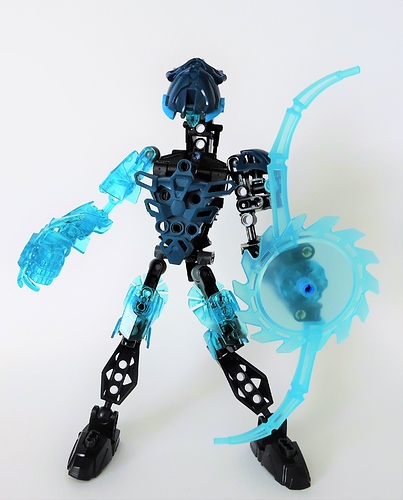 Bio: Trenchel was cursed by a Great Being long ago, her entire body is now pure water. In order to help maintain her form, Jawzek created a crude mechanical body for her to control and possess. Her arms can form into many types of weapons.

Weapon Facts: All of her weapons are made from water, but she primarily uses her Saw and Fists weapons.

The idea here is that the transparent blue parts on her are the actual water bits, and the black/Metru Blue pieces are part of her mechanical body. She also has a decent spinning function on her saw weapon. 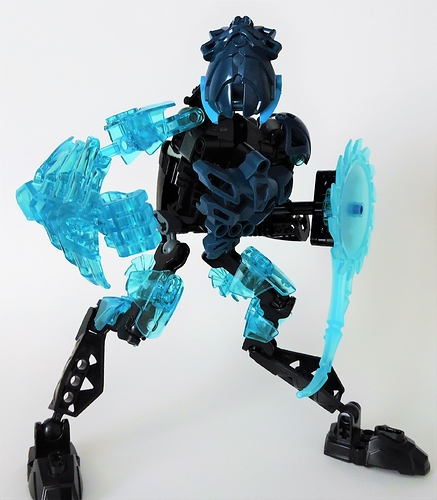 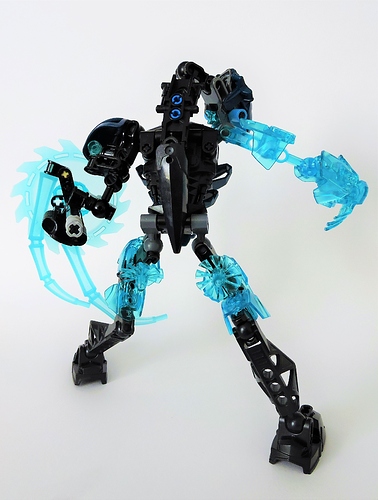 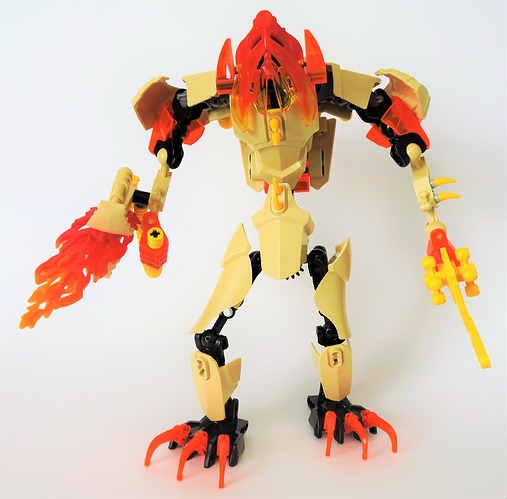 Bio: Pahtor was once a respected Toa of Stone, but he always felt that he was made the wrong element and that fire was his true element. Through horrendous and terrible acts, he got his wish of becoming an element of fire as well but at a cost. His body and mask were horribly transformed due to the unnatural mixture of two elements in a single body.

Weapon Facts: He uses a Hammer weapon which also acts as flaming sword, a perfect combination of both of his elements. He also uses an additional sword which compliments his dual brawling style in combat.

With this I wanted to make an odd color combination and a crazy character story idea. 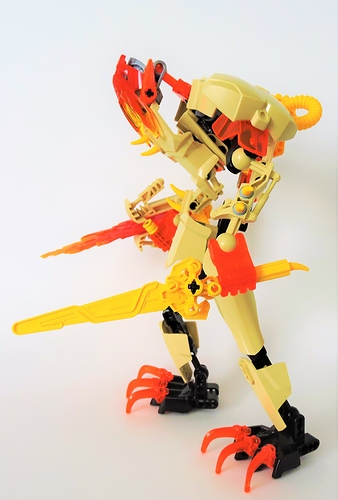 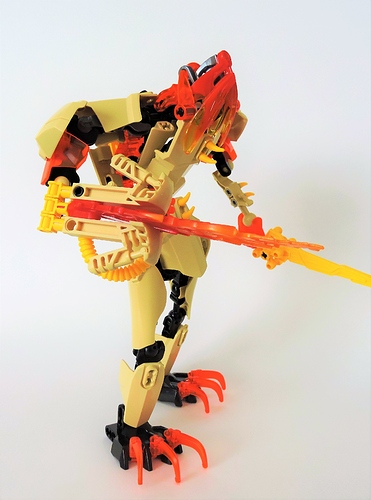 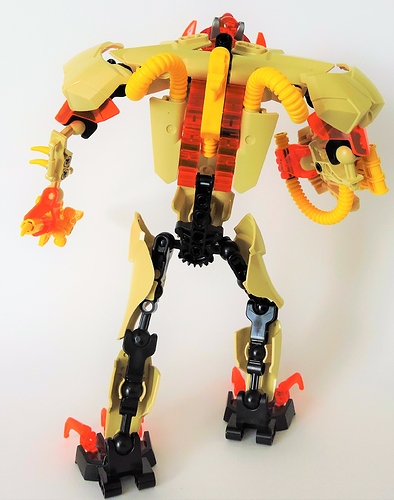 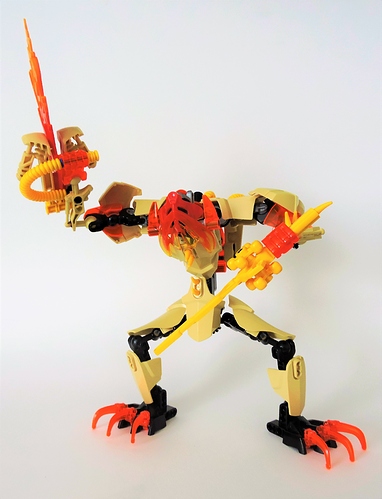 Hope you guys enjoy these new ones! Any ideas or suggestions on these or future characters in this Odd Lineup would greatly help my creative mind, thanks!