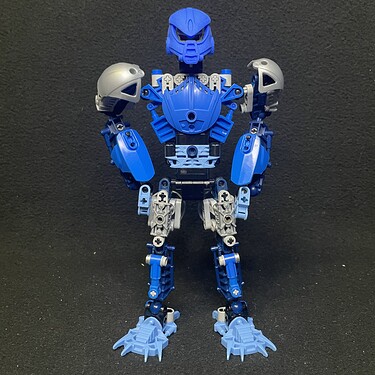 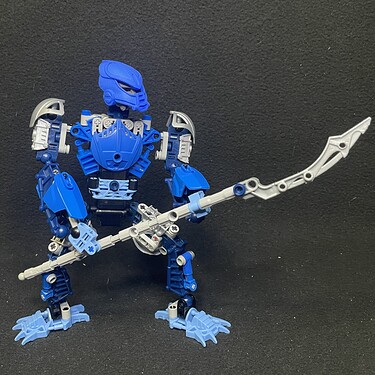 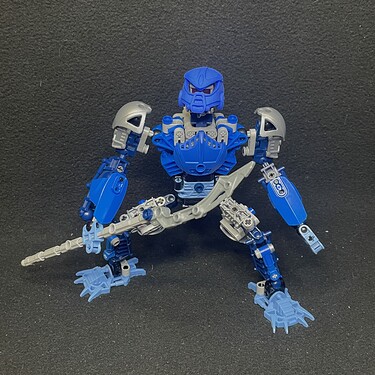 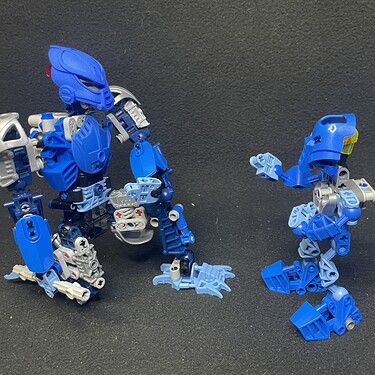 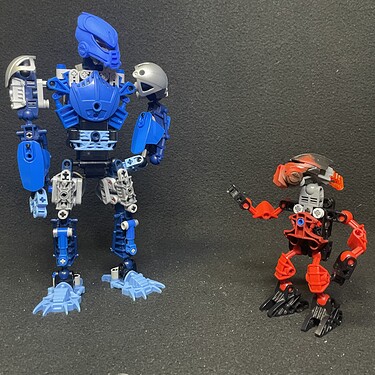 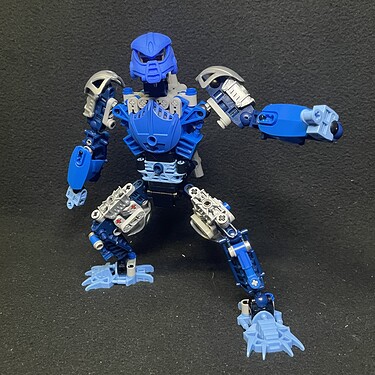 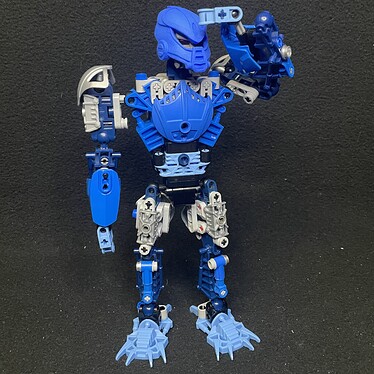 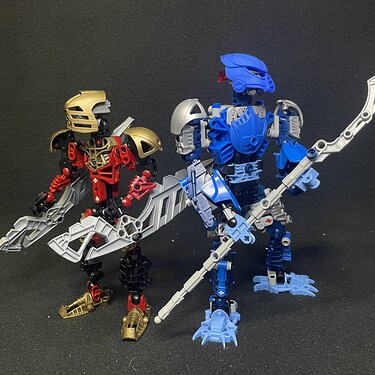 Bio: Originally hailing from the Northern Continent, Naho was summoned to the great city of Metru Nui eons ago to battle the fearsome Kanohi Dragon. After she and the other 10 Toa who fought the beast emerged victorious, they all agreed to remain in the city as its protectors, becoming the legendary Toa Mangai. Naho was one of the most well-known members of the Toa Mangai, as she spent a great deal of time out on patrol, aiding those in need. Her greatest feat, however, came when the Dark Hunters besieged the entire island city, intent on forcing its surrender. Naho would swim through the siege fleet, and all the way to the shores of the Northern Continent, entirely unaided, to seek other Toa to aid the city. Had it not been for her daring escape, Metru Nui may very well have become a domain for the Hunters.
However… like the rest of the Toa Mangai, Naho would vanish from the city. She would be one of the last to disappear… but disappear she did.

Personality: Toa of Water are stereotyped as being gentle and kind to a fault— and Naho was the epitome of this. Patient, eager to help, and generally thoughtful in her actions, Naho embodied the idealized serenity of water, the calm of an undisturbed lake. She would always give her smile and her kindness to those she spoke with. Beneath Naho’s kindness, there was indeed passion. She was filled with a deep, unshakable dedication to her Duty, and could be quite the resolute combatant, with unbreakable determination to always bring conflict to a swift end. Naho shined brightest, however, when helping Matoran and other beings with good intentions. Her soft demeanor could put even the most hot-headed beings at ease, making her a fantastic mediator. Indeed, Metru Nui had far fewer disputes when Naho resided in the great city…

Tools/Abilities: Naho wore a Kanohi Huna, the Great Mask of Concealment. She utilized a retractable great-spear, which she wielded with deftness and grace. As a Toa of Water, Naho had powers over the element of Water.

—————
I’ve been wanting to do a Naho MOC for eons now, so I finally took the plunge! (Pun intended~) I’m really happy with how this torso came together! She’s quite tall; and beefy enough to swim the distance from Metru Nui to the shores of the Northern Continent.

Why does she remind me of a bullfrog? This is certainly a design that is not commonly used for a Toa of Water. It looks good, though very different from the usual style.

I see it too now, and I haven’t the slightest idea why. Maybe the way that specific mask is shaped?

A lot of Toa of Water (and femme MOCs in general) tend to get the slim and slender treatment, so I decided to go the opposite direction with Naho’s design. (And it also gave me an excuse to sneak that McToran torso into a build, hehehe~)

ah fancy, i like the bulkier build and colors!

Pretty cool. The more muscular body works kinda well and the Mctoran torso incorporation is nice too. the lower arms are kind weird with the Hordika leg sticking out, yet it’s not that much of a problem.

see it too now, and I haven’t the slightest idea why. Maybe the way that specific mask is shaped?

I think it was the mask and the feet. They do look quite good, though!