The name, perhaps one of the most important things in all societies. They are titles, descriptions, identifiers; a name and you are one in the same. And it would seem that even the Dark Hunters respect this notion, going so far as to hide real names, to protect the other lives of their hunters. Almost a ray of light in an otherwise dreadful organization.

But what if that was not the case? Perhaps their names have been erased, perhaps they have been turned into their codes. Just perhaps there is someone who can do just that and he really, really thinks you need a name change. Say goodbye to yourself. 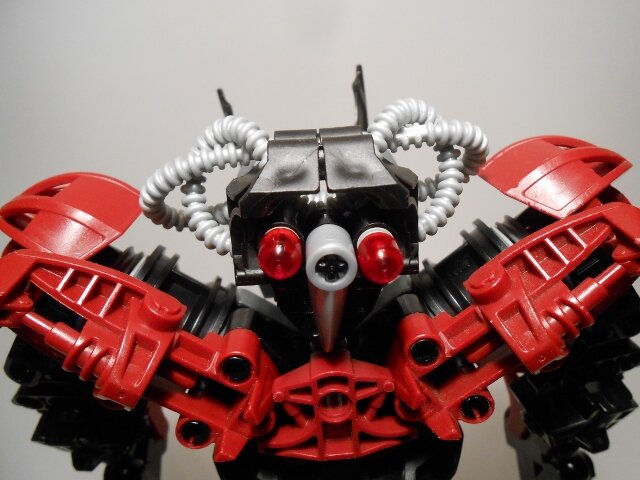 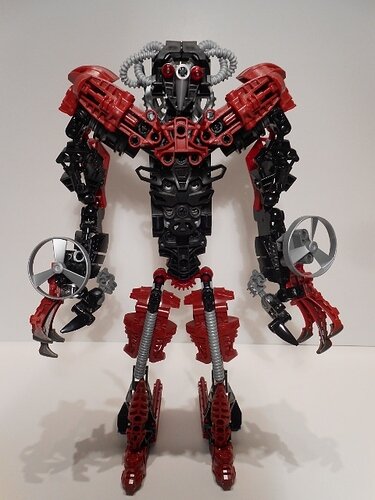 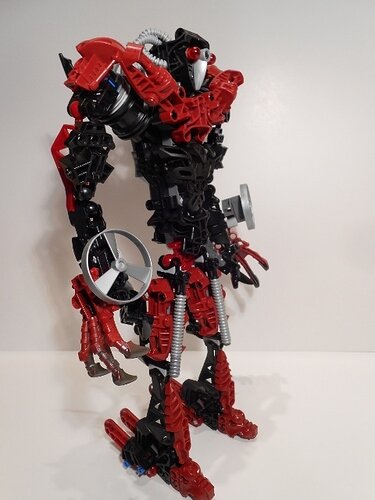 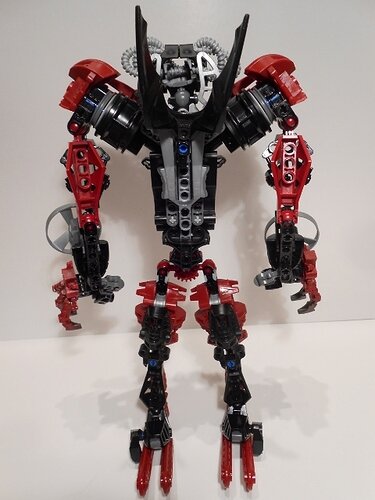 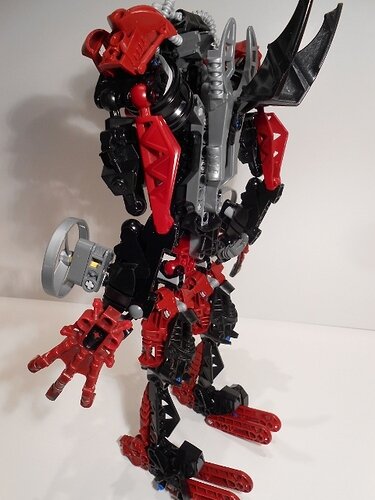 Powers and Weapon: “Name Rater” possess great physical strength, far greater than that of the Toa and can erase memories of names by touching someone. His only weapons are a pair of Rhotuka Launchers, each attached to his forearms. The one on his left fires the “Nickname” Rhotuka, which changes the identity of the being struck be it. Usually this is just a name change, but it can alter their personality and even skill levels. The affect isn’t permanent as it can be reversed after a certain amount of time or fail altogether if a being’s willpower is strong enough.

The one on his right fires the “Release” Rhotuka, which shrinks the being struck by it until they’re no longer in existence. It works different from other shrinking powers as it destroys and rearrange atoms until they’re the next smaller size instead of bringing the atoms closer together or just making them smaller. As the being rapidly shrinks, he is being disintegrated out of existence. It only takes a second until the being dies from this power.

Personality: Obsessed with names, “Name Rater” will either change your entire identity or let you go solely depending on your name. If your name is bad or just merely good, he will change it, but if it’s perfect he might even submit in servitude. It has been noted that beings from alternate universes, even if it’s a name he would otherwise despise, considers that name to be perfect. Despite his deranged state in this area, he is a very effective gang leader and can swiftly gain followers and hold territory. Tends to alter people’s memories of his Dark Hunter identity as he tries to keep it a secret.

Background: Ingoha has been a low clan leader on Stelt for many years, gaining and losing territory. Either always mad or driven insane from the constant changes in leadership, he became the named obsessed being he is now. Stories tell that the left Rhotuka launcher is organic/natural; Ignoha himself forcing it to come into existence to bend others to his will. Some think he he carved and rebuilt his arm to create the launcher, others think he killed a Rahi and installed its launcher. Regardless, that one is the natural launcher and its power lines up with the madman’s nature.

The other launcher, on the other hand, was something he fetched from Xia. An artificial Rhotuka generator with a pre-made power set into it. It is sometime after achieving this second launcher that he showed up on Odina, seeking to join the Dark Hunters. Primarily due to learning of “The Shadowed One” and considering his name perfect and thus worthy to serve. He passed the entrance test without much trouble and his usefulness was soon realized. It wasn’t long until he was given the position to create the code names for hunters, occasionally altering them with his powers for the difficult ones. Create and enforce them, being one of several to go out and erase the memories of those who learn the true names of the Dark Hunters.

This moc is pretty good, but needs thicker upper legs.
7/10

I agree with @SonicBionicleMaster on the leg thing. Definitely the weakest part of the moc. I really like the character design though.

Very solid MOC! I may even say it’s one of your best!

Looks like a great MOC to me, but very sidorakish again

Menacing from the waist up, but he looks like he skipped leg day. More beef and length could be given to those walkers and he’’ be really good. The head design is erally solid, though.

This moc is pretty good, but needs thicker upper legs.
7/10

Yes! That is what he looks like now that his head was smashed in.

I agree with @SonicBionicleMaster on the leg thing. Definitely the weakest part of the moc. I really like the character design though.

Very solid MOC! I may even say it’s one of your best!

Thanks, but at the same time I would certainly hope this is not one of my best! I would be so sad if he ended up being one of the best. Must mean I need to step up my game!

Looks like a great MOC to me, but very sidorakish again

Hhhmmmm…Well, your name is a bit rad, but that _ throws everything off.

Thanks, but it’s on purpose this time!

Menacing from the waist up, but he looks like he skipped leg day. More beef and length could be given to those walkers and he’’ be really good. The head design is erally solid, though.

Looks like I need to start having “Name Rater” go on the treadmill.

Thanks. Heads tend to be my favorite part. When I do slightly more custom ones anyways.

Those legs kinda ruin the moc for me. They need to be a bit beefier. The moc’s body/waist is a bit too boxy when viewed from the front and could use some fleshing out. The head looks nice and I like the shoulders. Overall this is in need of improvement.