Here’s a Moc that I’ve had for a very long time. I’ve been needing to post pictures of it since new year, and it’s existence is hogging all of my black pieces (that was hyperbole). In my story (I need to write it somewhere, but it’s essentially fan fiction), he’s a chaos Giant who survived a war between giants. This war led to the creation of the universe. Before the universe, the forces of creation and chaos were equal, which meant that something that gets created instantly gets destroyed. This was balance and peace. One day, a chaos Giant got murdered by a creation Giant. This made the Big Bang. the forces of the universe separated and declared war on each other. when a chaos Giant died, something got created. When an order Giant died, something to destroy creation was made. (For example, at one point, the death of a chaos giant created Okotians. Then, when an order Giant died soon after, skeletons started existing, to kill off Okotians). The war ended when the order giants surrendered. Chaos won with less losses than Order, and as punishment, the order Giants had to create a new chaos Giant to commemorate their loss in the war. The new Giant was the embodiment of entropy (they created Narakkam). When he was created, he was the most powerful chaos Giant ever. He was exactly as powerful as all the Order giants combined, plus one. When he woke up, all the chaos Giants died, and balance was restored to the universe. Except for entropy. This is why the universe is going toward inevitable destruction.
Here’s the Moc, you’ve read my rambling long enough. When I built this Moc, I wanted to make the biggest, most poseable and stable Moc I could. He has an articulated waist, huge legs, 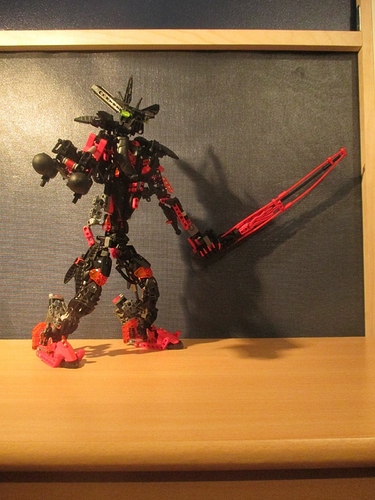 He has rubber pieces under his feet so that they don’t slide on the ground. when he’s standing up. 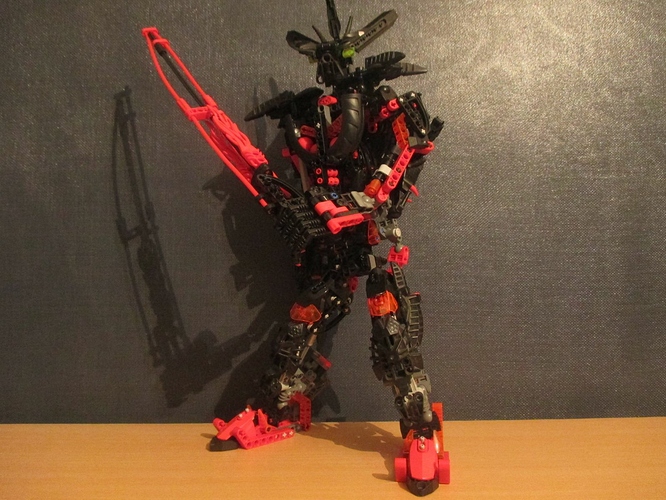 Yes, I am proud of his sword. 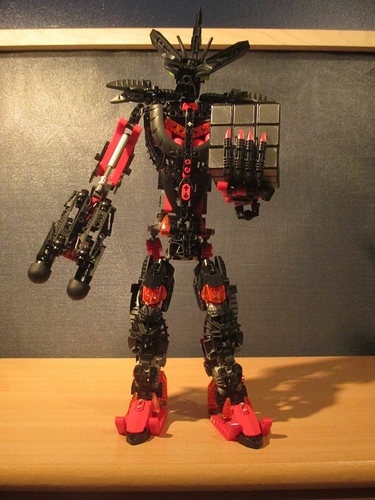 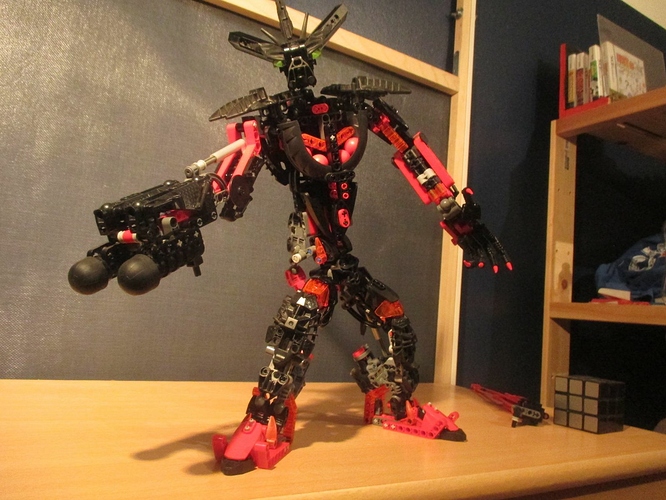 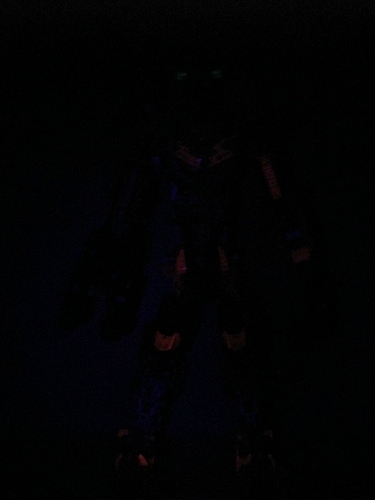 Also, when I got LOSS, I took him apart instantly. I put his pieces to good use: making Narakkam fluorescent under a UV lamp 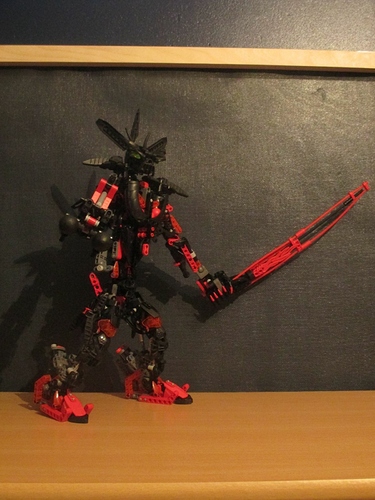 Hope you enjoyed this Moc more than I did, because I am sick of him staring at me at night, and will take him apart next week.

P.S. seriousley, if you say “color blocking” or “color layering”, I will ignore that, because his color scheme is black AND red. Like, fused together. Not armor or skin. Just both AT THE SAME TIME.

While it does look nice, the almost purely red feet are a little awkward, and his posing can be awkward at times. However, that head and sword are amazing.

Well, I can say the backstory is complicated. You might want to tell the story in a fashion that has an overall cohesion, instead of bombarding the reader with information.
Also the piston in his right arm is a bit questionable.

yeah, bigger with chunky parts, as apposed to smooth and rounded like more current MOCs

not many MOCs can pull the look off, but this is defiantly an exception.

I got to say this looks great.
Nice looking sword.