The aeonyx who created the world of the Wardens.

An aeonyx originally created to be a warrior who can cut anything, it initially looked like Nediam’s power was limited to only physical matter as meant to. It eventually became apparent it extended beyond that, when she once teleported by dividing space. Seeing potential for finding new resources, she was retired from being a warrior and placed into the science division, despite her objections. 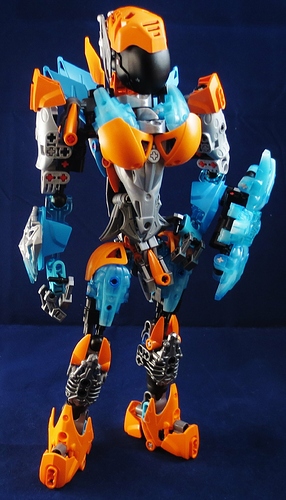 Unfit, being created as a warrior, and impatient for learning the tropes of science she snuck to the physical realm and tried to use her abilities to skip time to quickly mature and gain the required knowledge. The plan backfired as her physical form’s mass and energy shifted, causing her to absorb a nearby planet to accommodate for conservation of mass. The planet binded to her energy and became an inner world of hers. It also anchored her to the physical realm, being a repercussion of the unplanned fusion. 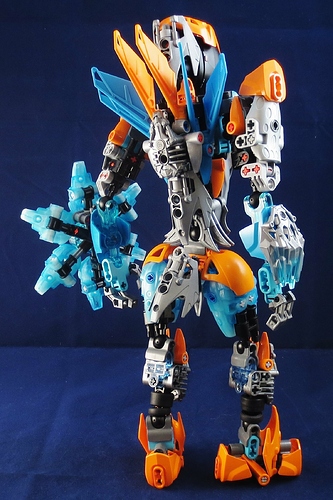 Her energy became unstable, giving random fits of tiredness, as her energy now depended on the irregular patterns of the planet. She divided her vision to see her inner workings and eventually figured to divide the planet into three worlds to create an energy pattern via the life/death cycle. Her last dividing was to send pieces of her energy to bind with each world’s inhabitants, creating Watchers to regulate the energy flow. The Watchers picked up the ability to divide themselves and learned to create Wardens for their aid. 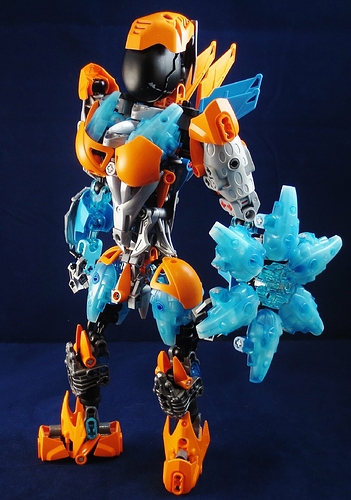 The plan worked mostly, and Nediam created 3 smaller worlds built upon concepts of mind, life and soul/energy, and refrained from further dividing. She went to hiding, fearing a distress call would lure renegades, and entered stasis to conserve her energy, keeping her aware only of her inner worlds. She is hoping to find by observing them a way to reverse her dividings, and perhaps new resources on the side, as originally meant to. 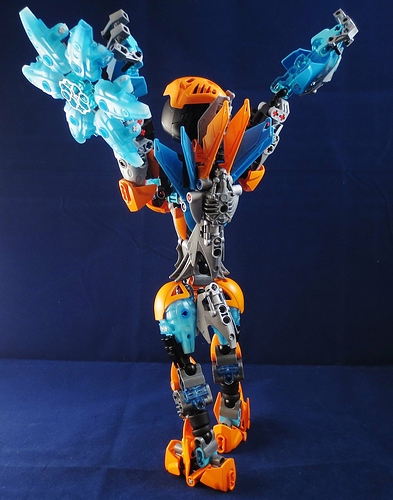 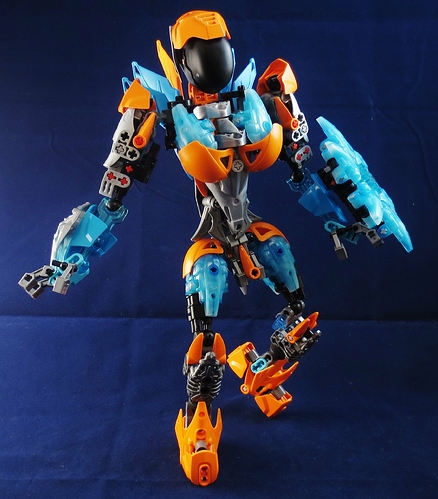 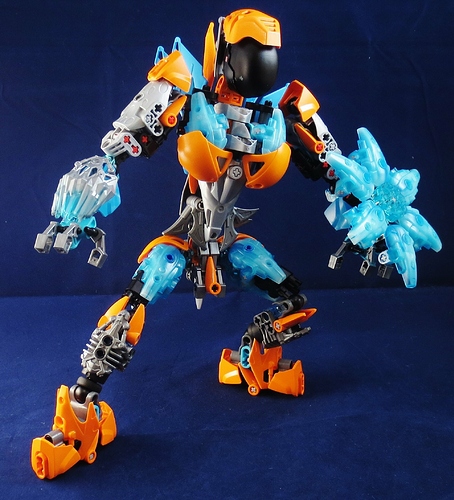 Aeonyx species by @Alieraah. There’s a good bit of lore and detail to them, but you can read your heart out about them here.

The aeonyx species provided me an opportunity to do some world building for a storyline of mine, the Warden’s Diary, which I’ve been writing for almost 2 years, adding a chapter per new moc. I’m honestly happy I could lay a more solid foundation for it and I can use the details to improve new chapters.

This moc was a pretty pleasant build, although the torso’s inner structure is a disaster. It can split into two if held wrong, the shoulders have a risk of popping out and a few other nightmares. Atleast I got the shaping right.

I’m not typically keen on making cough ‘features’ with nuva armor, but in this case I wanted the character to have a bit more curve. Works pretty well I think, I’m especially fond of the thigh design I came up with.

Thanks for dropping by and I hope you like this moc

This is okay, it looks a little cluttered in some places though.
I do like what you did with the head.

Its got some awkward spots such as the knees. But she looks really appealing color wise as well.

It can split into two if held wrong

It actually took me a while to figure out which piece the face was, and when I did figure it out, I had a bit of a giggle. Love the shaping on the moc btw, and using almost exclusively glow-in-the-dark barraki armour as a secondary colour is commendable

It actually took me a while to figure out which piece the face was, and when I did figure it out, I had a bit of a giggle.

You have a keen eye. =) That shiny metal scalp was a good opportunity to recycle the piece into this moc.

Thanks, I tried to make a more unusual color combo here, although it’s not far from Uniter Gali now that I think about it. Either way, I mainly intended to use powder blue from G2 sets, but with the addition of the disc on the left arm in the plans, I ended up incorporating a lot more of the glow-in-the-dark in the end to balance the colors out. =P

Not bad. The shaping is pretty decent, but the color scheme is beautiful.

The legs are a little too think for my liking, but not bad at all!

The legs are…entirely, entirely too small for the torso and arms.

I really like the shield design though. It’s shiny and probably looks really good in the dark.

Man you’re pretty good, thighs might be a bit thin, though I like the torso and of course that head build, so creative.

I’m actually a little surprised about the criticism on the legs. =o Their length is fine, considering legs form about half of a typical humanoid’s height. Any longer and she’s be misproportioned. It might also be the camera angle playing tricks.

Another point is the thickness. I intended to create a slender frame with a bit of warrior features, so I find it odd to expect the legs have any more thickness. (Or do people just prefer bigger booty?) I understand the shin and knee armor is kinda mediocre, though, and their blockiness may not emphasize the proportion as well as expected.

Other than that I can’t exactly grasp the issue, so I’d love to hear more detail on this. =]

I think it has to do with general bulk, the entire upper body has some thickness to it, it looks heavily armored.
The legs end up looking thin and lanky cause of that, especially cause legs tend to be bulkier than the arms, but they seem to be the same size.

Can you make me a message with a shield tutorial? I want to recreate it!

I love that shield

Really cool, I like the way you mixed both g1 and g2 pieces.