Once known as the toa of frost he was a superior fighter one of the best later on to face off against Makuta he was at bay against him but he lost.Then Makuta threw him off into a pit.When the toa awoke he realised he was being over comed by dark ness next thing he knew something happend to his body 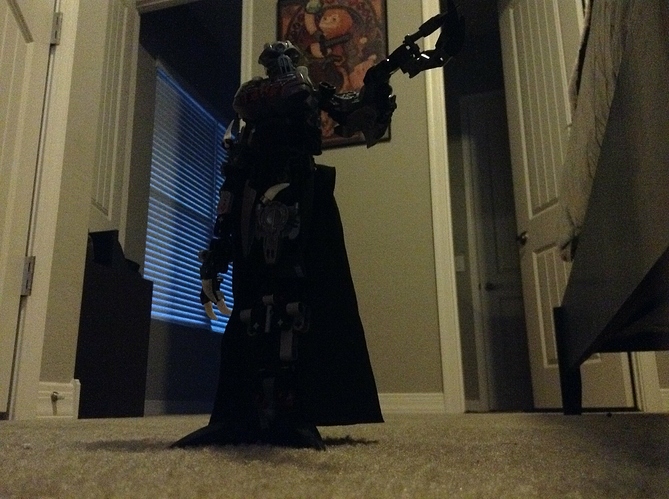 image.jpeg2592×1936 1.05 MB
later everyone was scared of him.He ended up abandoning his village.Now not a toa becoming what he is he kills toa that were after the same mission as him. 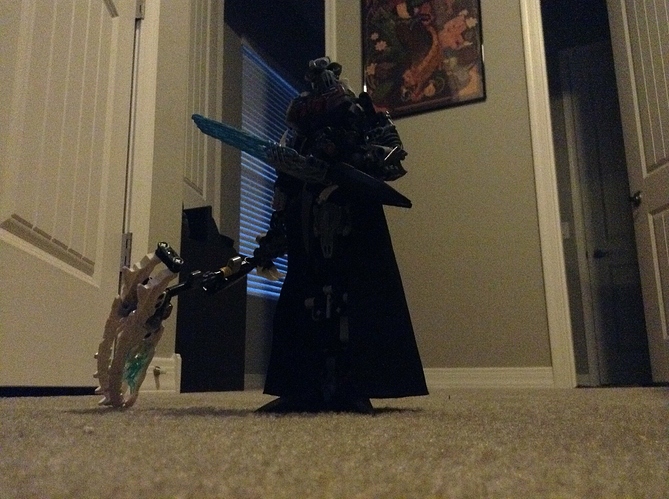 It looks good, although the lighting isn’t the greatest and it’s impossible to see most of the MOC. (but from what I can see it looks good)

One word of advice; use a lamp or something you can get closer to the moc, especially on black. No good lighting and black make it very hard to see.
Though from what I (think) can tell he looks good. I like the grim reaper design.

Do you see the pencil button on the bottom of your posts? Click that and you’ll be able to edit your post.