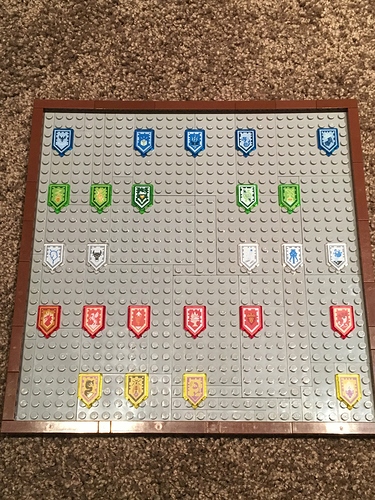 (Apologies for the picture, it was taken on my phone and the only other camera I own is a film one)

Hello TTV Message Boards. I would like to share this rather simple moc of mine that I made for the nexo powers blind bags. It is a standard green baseplate with a layer of gray plates over it. The edges have a layer of various 1 by X sized plates, then with a final layer of 1 by X tiles. I wanted to get your opinion on my rather simple creation. Constructive criticism would be preferred.

I cant really give it critisism. Its just a way to keep the nexo powers in one place imo.

Maybe you could cover all the studs, and leave squares of four studs to connect the shields to. I’d be interested in seeing what the collection would look like on a smooth baseplate.