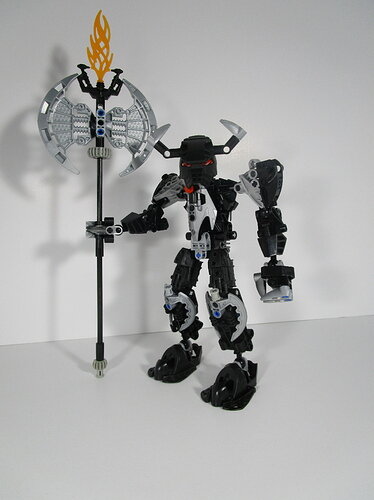 Species Name: Ni-Vita
General Information: The Ni-Vita is a sentient, Rahi-like species originally created by the Great Beings to handle the heavy-lifting in the Matoran Universe. However, the Ni-Vita were captured and experimented on by the Brotherhood of Makuta. Now, Ni-Vita are extremely aggressive monsters that serve as enforcers for the Brotherhood.
Abilities and Traits: Ni-Vita were always territorial, but not nearly as aggressive as they are now. Due to the Brotherhood’s experiments, Ni-Vita will now charge at anything that moves (and anything that doesn’t, for that matter). Ni-Vita also possess extreme strength, even beyond that of a Pakari user, as well as a virtually-indestructible hide. The one thing Ni-Vita respect more than anything else is power; a show of immense power will earn their respect, and even their loyalty.

Ni-Vita can also wear and use Kanohi. 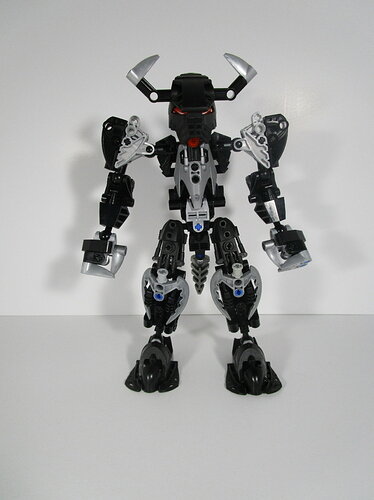 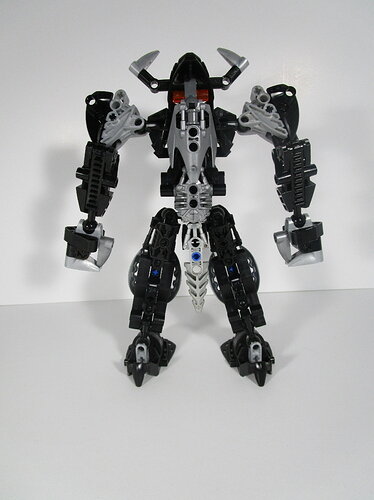 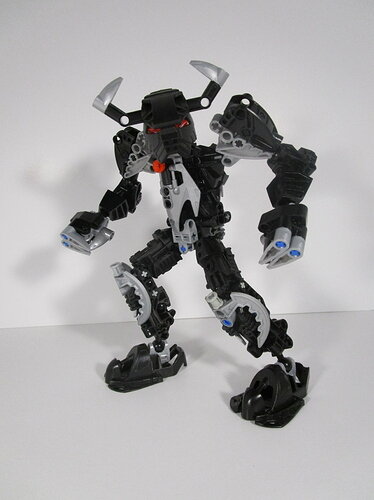 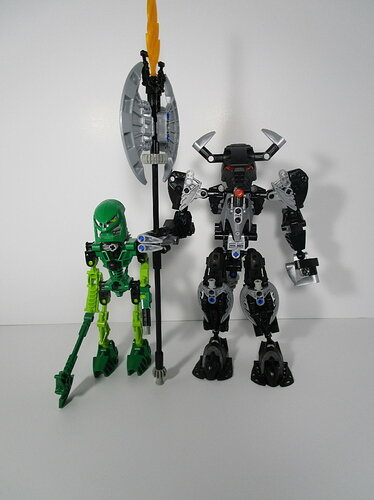 And, finally, here’s a size-comparison with Lewa (this picture also shows how tall Ni-Vita are compared to your avarage Toa).

Trivia:
In Universe:
At least one clan of Ni-Vita joined the Dark Hunters, after the Shadowed One demonstrated his power by disintegrating their clan leader.

Out of Universe:
The name Ni-Vita means “I am war” in Swahili (at least, it should translate to that…).
The name is also a reference to Vitani, one of my personal favorite characters from the Lion King franchise.

Thanks for viewing, everyone!

Great build! The head is really nice, and the feet fit the overall style of the MOC.

Looks great! It seems like a black Minotaur. Really nice build and backstory.