I have a huge bag of random bionicle/hero factory parts from sets that are now remains of what I used to have. So after seeing some impressive mocs from one of my friends on Deviantart, I tried to make some of my own, which I will share in this thread. Now I haven’t made that many mocs, (in fact I only have about three because I usually buy sets to collect them and like I said these were built with parts of destroyed sets so my piece resources are limited) so don’t expect to see this updated too often.

But enough about that, let’s get into the first Moc I built: Baka, the bounty hunter. 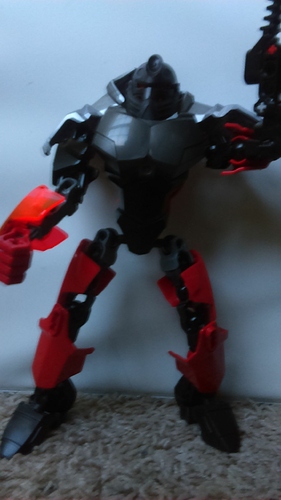 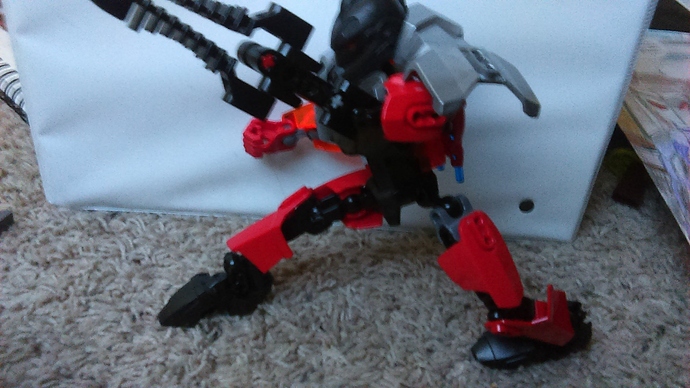 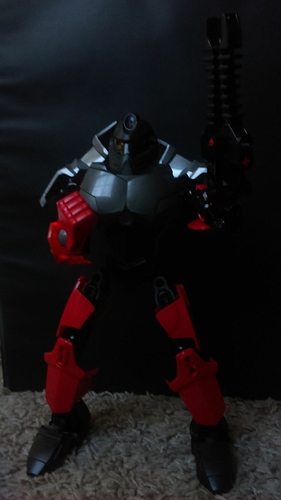 He’s supposed to be some sort of expert bounty hunter I said went after the Toa mata once. He is very smart, and his aiming is impeccable. He knows a hundred and one ways to kill someone, so the only reason the Toa Mata were able to kick his butt was because I love Tahu too much to let him get beat up by a Boba Fett clone He was pared with an idiot partner, who he’s been tempted to kill many times before and say it was an accident. He swears the reason he was partnered with that guy was because Mata Nui hates him.

His name is also ironic if you know what Baka means.

I’ll post his idiot partner sometime later, as he’s the one with the more…interesting build later on. He will then be followed by my Self-Moc, and then maybe some revamps-and by revamps I mean altering some Bionicle and/or Hero Factory sets because I was bored one day.

So Stay tuned and tell me what you think about this guy in the mean time.

Looks like Stringer. Is wearing Dairus Armour from league of Legends

Looks like Stringer. Is wearing Dairus Armour from league of Legends

I’ve never played League of Legends before, so that’s really just a coincidence. But after a Google search, I can see why you said that.

Yeah, now that I think about it, maybe I should have picked a different background. I’ll fix that tomorrow.

Can’t really make out much of the MOC with the lighting, but he has an interesting silhouette.

I did want him to be intimidating, but I do think I should have picked a different background. He blends in too well into this one.

I did want him to be intimidating, but I do think I should have picked a different background. He blends in too well into this one.

Well he certainly does look intimidating. If you had uploaded a normal picture along with that one I think it would have turned out for the better. I look forward to seeing your creation.

Here’s another Moc I built who I don’t really have a name for. I’ll ask around on Deviant Art if someone has a name for him. 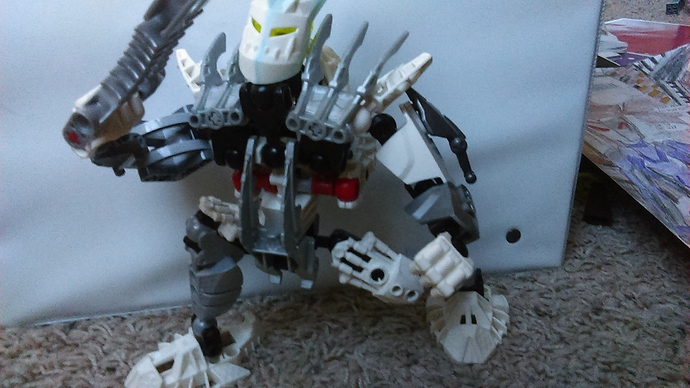 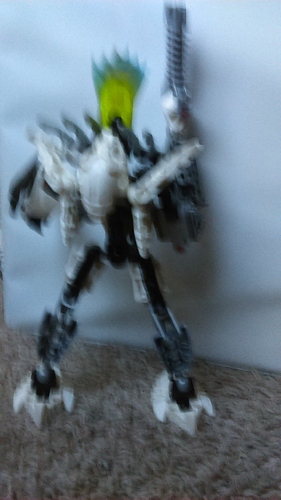 This is Baka’s idiot partner, who has cost him most of his victories. At one point he was a normal Skakdi when he made the foolish decision to try and beat up Makuta, which not only severed his arm, but nearly killed him in the possess. So, after finding some spare parts lying around, he frankinstined himself up, creating this behemoth you see before you.

He then later got partnered with Baka, much to the latter’s dismay. He is more of a hindrance then a help, as one time his babbling about nonsense caused Baka to miss and cause a bar fight, as well as lose a chance to get a lot of widgets on a job. That night, he attempted to kill his partner but he got caught by the Toa Mata, who happened to show up at that exact moment. You can guess what happened after that.

Note: More photos of Baka have been added.