Recently got a new computer, so that’s all fine and dandy! The new PhotoDirector 5 editor works just as well as the old basic Windows Photo Editor I used to use to touch up my photos!

Thing is, this new computer uses Chrome (plus, I want to get out of using Internet Explorer like a scrub) and the MOCPages fancy uploaded isn’t supported by Chrome. Or Microsoft Edge. So until I go out of my way to download Firefox or Internet Explorer 11 just to upload to MOCPages, I’m going to have to settle for here and Flickr. EDIT MID POST: Or, you know, just do them here first, copy the pics and paste them into MOCPages! Yeah! 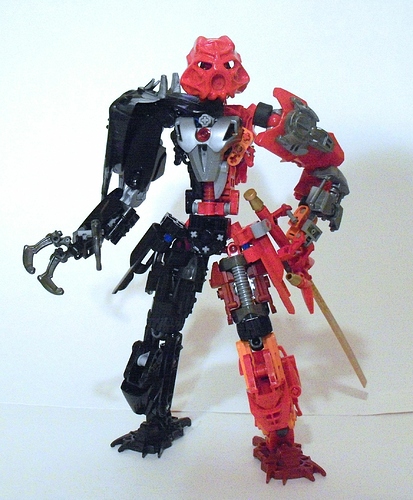 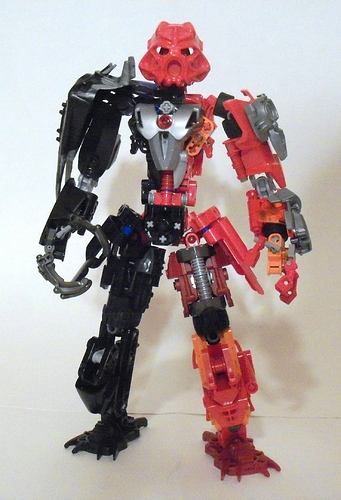 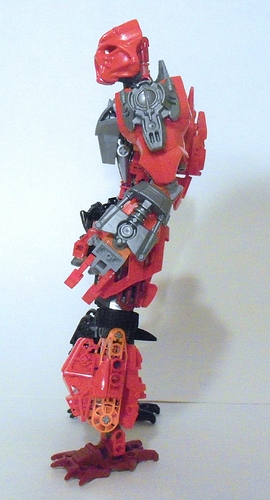 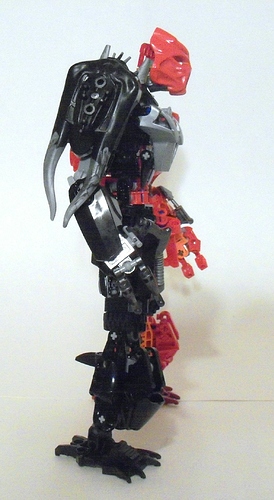 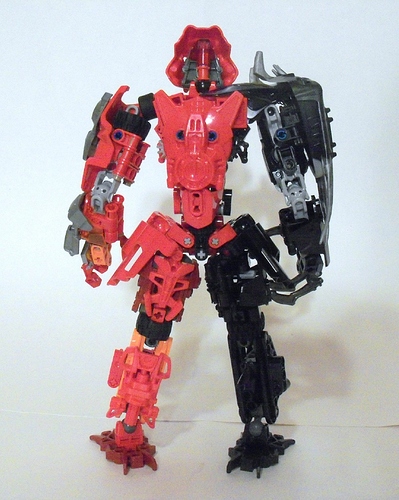 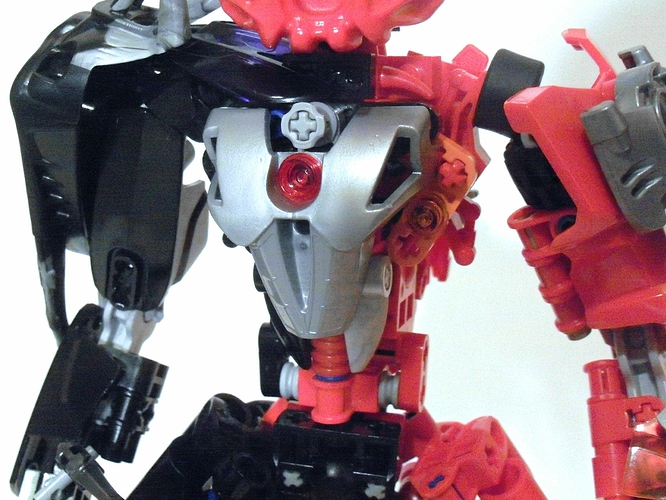 So the only thing different with the chest is that I added orange and the waist armor is now black. 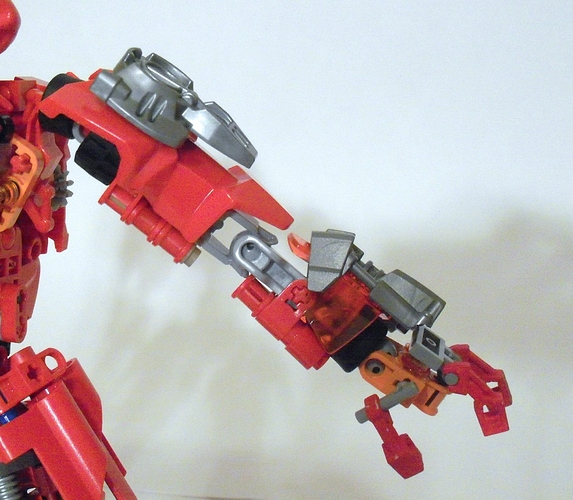 New-ish arms. I can’t tell if I like the silver armor, what do you guys think? 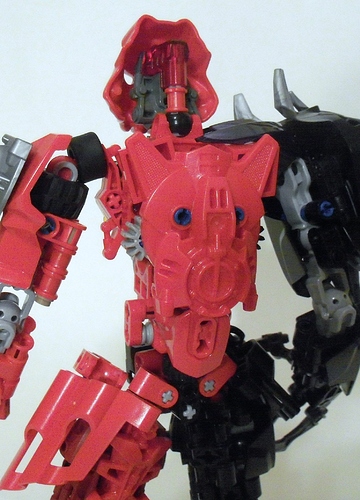 An armor add on to the back is just about all I did here. 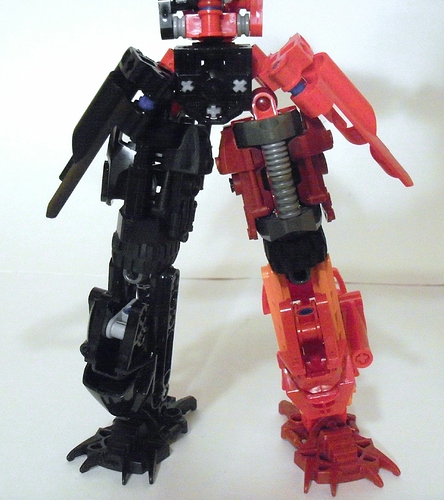 Here’s the major change. I’ve completely redesigned his lower legs and gave him…samurai skirt armor? Does it look good? I think it looks interesting, but I’m not sure it fits his whole motif. I wanted something to bulk up the otherwise skinny legs, but I don’t know… 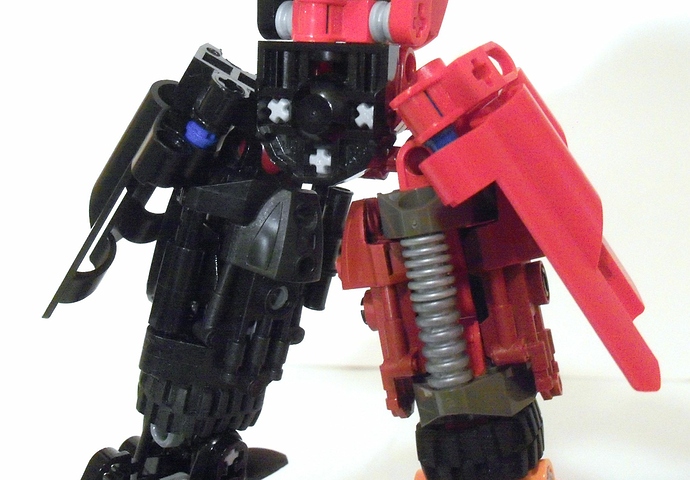 A closer look at the upper legs. Nothing’s really changed, but on the infected leg I made the CCBS shell actually attach to a ball joint instead of by friction, which does make it stick out kinda bad… 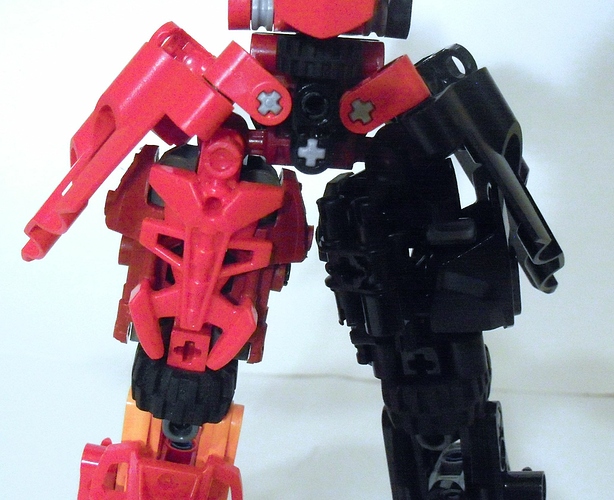 The back of the infected leg isn’t that great either. And man, these pics are really big and getting cut off, huh? 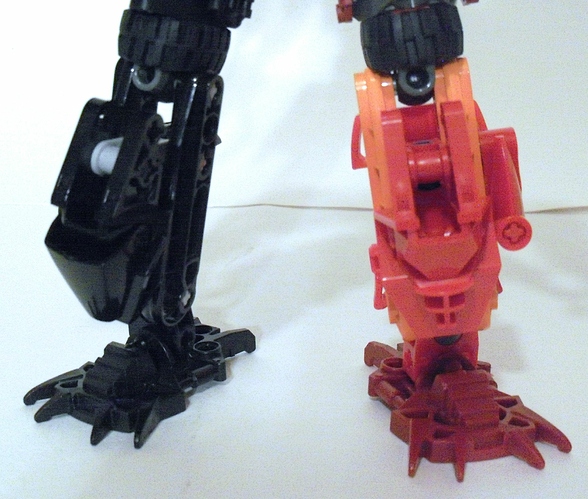 Lower legs are completely custom now. I don’t like the glaring amounts of orange on his left leg, but they were the only color I had for that side that fit. I’m also surprised I could fit on the Throwbot head! 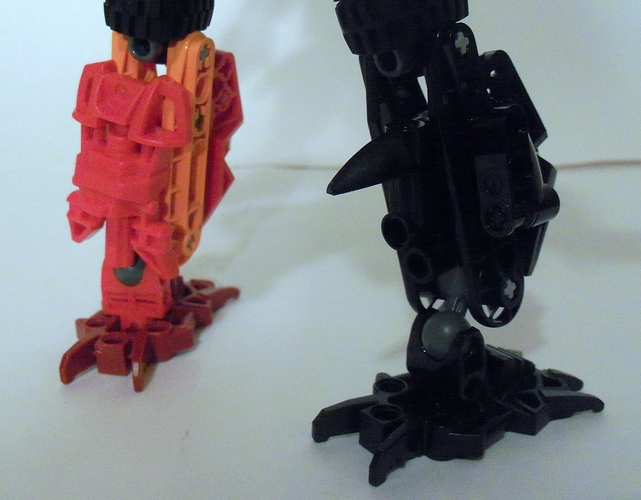 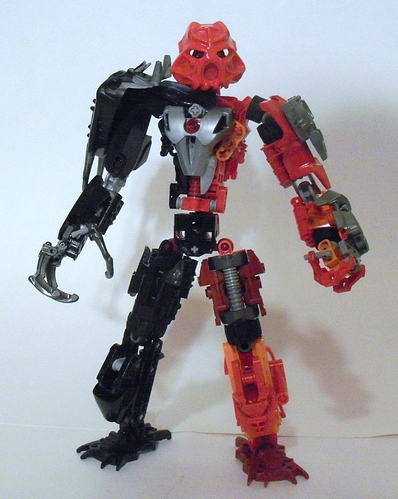 Here he is without the wait skirt armor, and…yea, he does look a lot better. 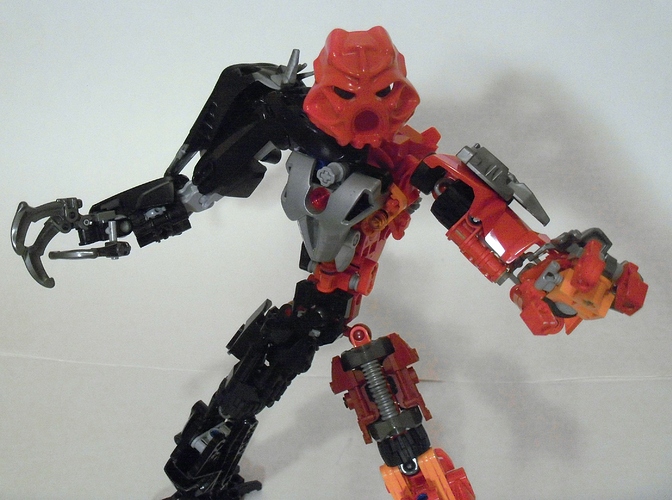 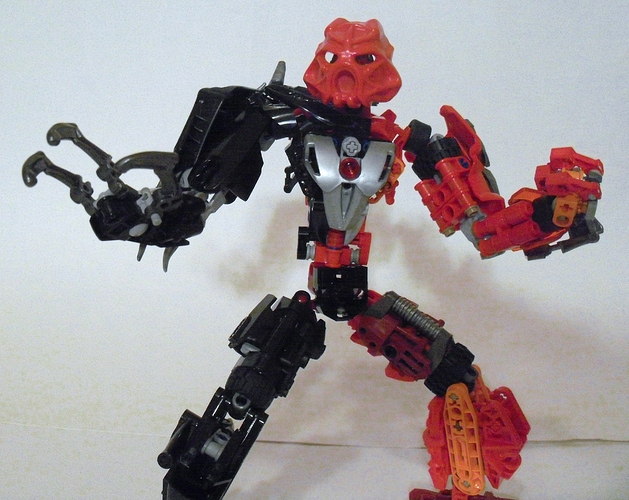 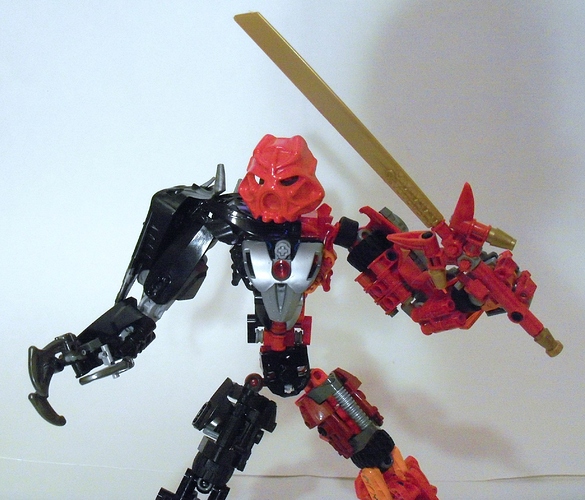 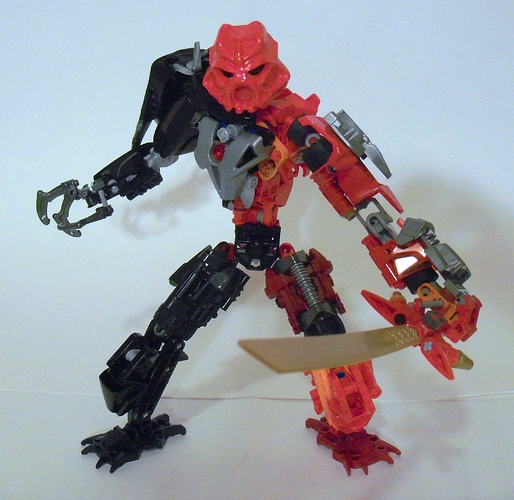 See, it looks like a katana, which maybe goes with the waist armor? 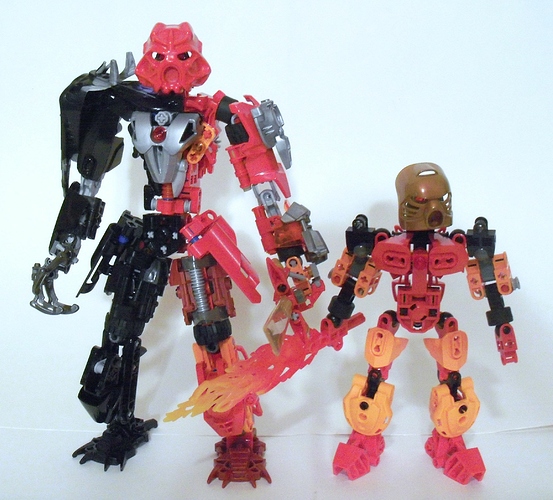 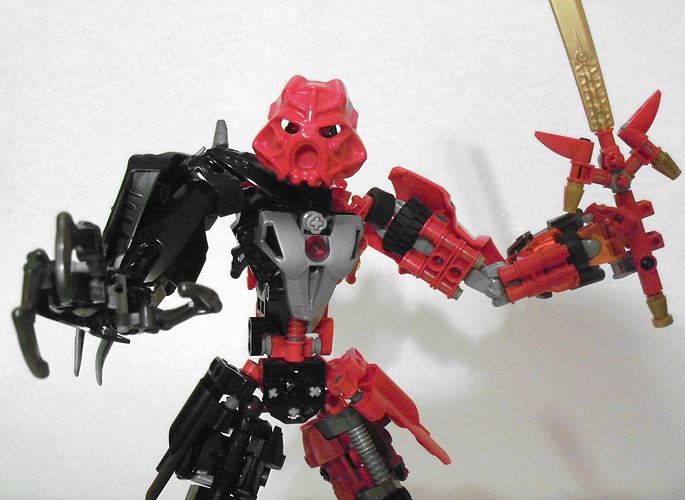 So yea, that’s pretty much him! Let me know what you think, especially now that he has the waist armor, new legs, and is back to his original mask that I forgot to mention.

Nice! however he does seem messy, and the orange is…eh…I dunno. also you should have kept his halloween mask.

Wow, you really reworked this guy. I think the orange seems kinda iffy, but I really like the redesign of the lower legs, especially the slizer heads. Also, the silver thankfully matches the Nuva armor, though there could be more on the legs. You definitely seem to have taken notable effort to improve him. The criticism here sure is a far cry from Mocpages, huh?

It looks really cool… but those metru red pieces are really out of place.

Looks good, but the red side has a lot of colors on it.

This MOC is very good. I really like how the infected side is similar in build to the other side, with only few changes. It makes it seem more infected, and less like just a different entity entirely. My only complaints would be the silver chest and gunmetal on the left arm. 9/10

I got to admit this looks great.
Interesting color scheme.