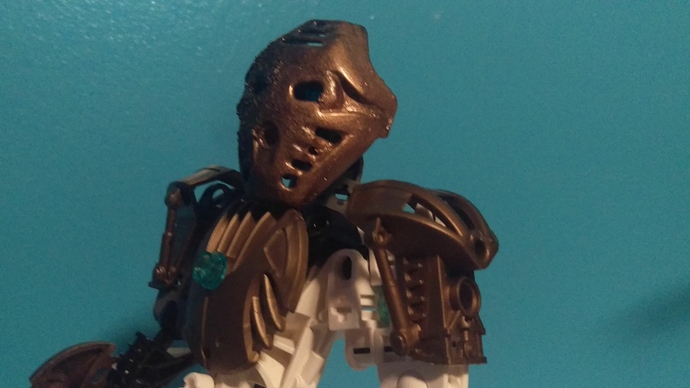 Oaven, a toa thought to have been killed long before the great cataclysm, blown into the depths of ta-metru by a dark hunter, burned heavily both by the dark hunters energy blast, and the heat of countless vats of molten protodermis. 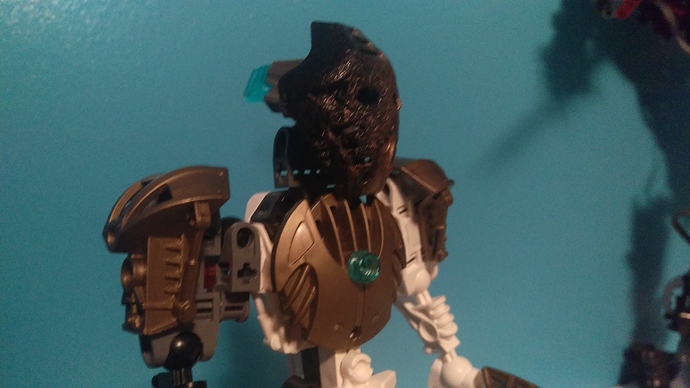 IMAG0283.jpg4301×2419 1.96 MB
Oaven fled to the southern islands unknown to anyone,
being known by those foolish or brave enough to trek south as a mysterious scarred being which would help those in danger. 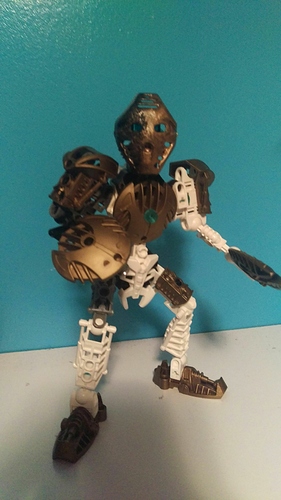 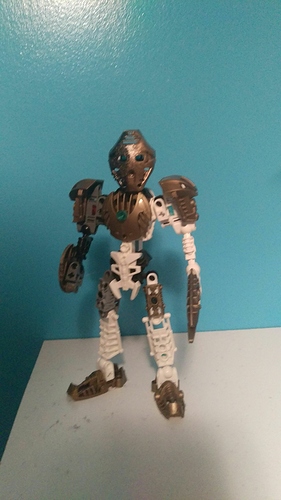 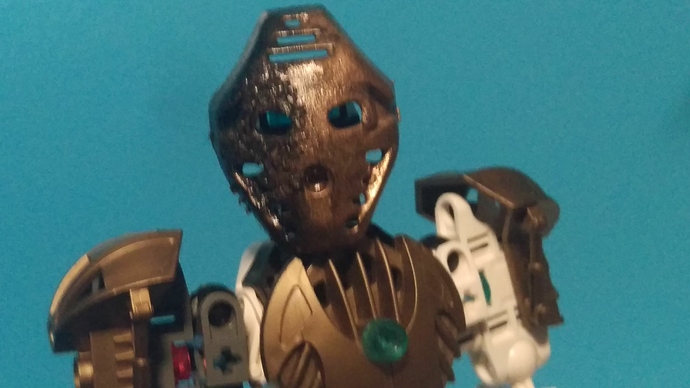 Very interesting mask there, how’d you make that mask?

Looks cool. Also, nice design of the shoulder. It keeps the function and allows the shoulder to move.

I’m glad somebody is benefiting from a happy accident