Okor, Guardian of the Highway

I was going through a great re-ordering of my lego crate, and out of boredom I began to tinker with my various old bionicle pieces I found. And from this, Okor was born. 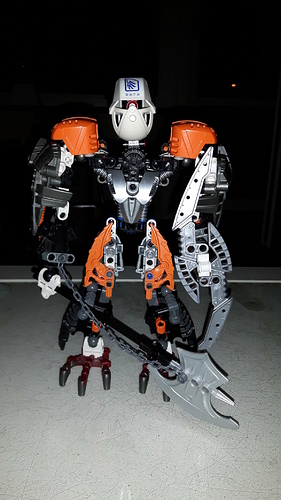 He doesn’t have much backstory, but it is known that he was built by Nuparu sometime during the great war to fend off the invading rahi. 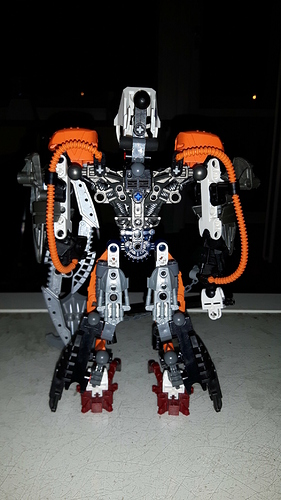 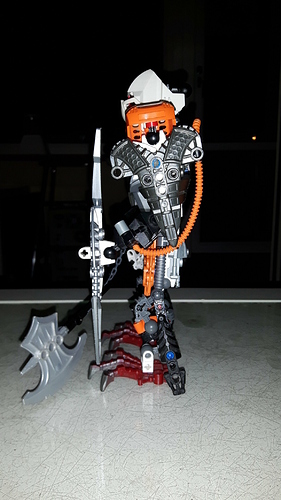 I tried to make the build as color-consistent as possible, but due to the lack of parts i had to compromise at some points. I also admit that i got kinda unimaginative in the weapons department…

It was fun to build him in any case. He’s also actually the first bionicle moc i’ve done in 8 or 7 years

Comments and critique are greatly appreciated.

The colors and weapon is reasonable, but the lower leg is a mess and the back is bare, however for an old moc for a first timer; it’s still solid from the olden years.

Thanks ^^ The legs may indeed be a bit too messy. I had no pieces to use as a base, and thus i had to build completely custom leg piece (for which I didn’t have any previous experience…) I’ll also remember to make the back more detailed in my mocs in the future.

Thanks for the review