So for those of you who don’t know, my avatar/icon character is myself from an old comic/animated series I used to make, and still mess around with time to time nowadays. The series was called Shape Wars, some of you may know it ran for a little time when I originally started YouTube (and for those who don’t know, go watch it! or not…). In fact, it was the original purpose of the channel, but that died off quickly. XD I never revealed that much about the characters, not even the fact that their species is called Shapherians. Anyways, I’m drawing users as one of them in my own style! For reference, here’s Oonie in the full, with his weapon, the double-bladed scythe:
<img src="/uploads/db5640/8406/cdc163327f5eacc7.jpg" width=170" height=“232”>
Edit: Heck, I’ll post the rest of the original Shape Wars cast here.
Cacola, based off my IRL friend, and Suquare, the leader of the team! Then there’s Sucle.
<img src="/uploads/db5640/8605/efa7c59cc3e7b1cc.jpg" width=“150” height=212"> 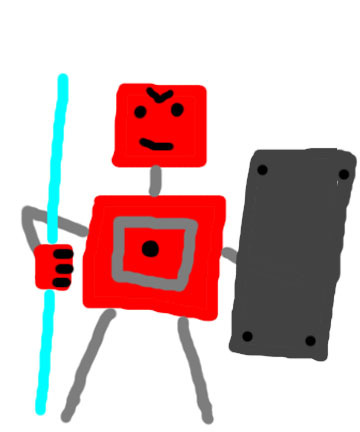 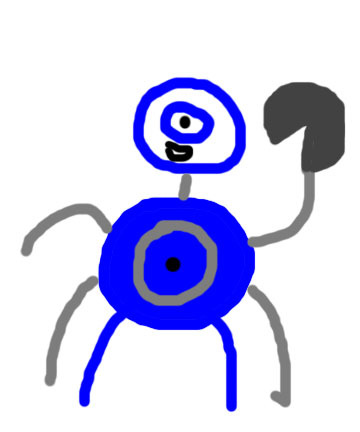 There’s Raqua here, and Ticalo here, and to finish off the main cast, here’s Pentrago. 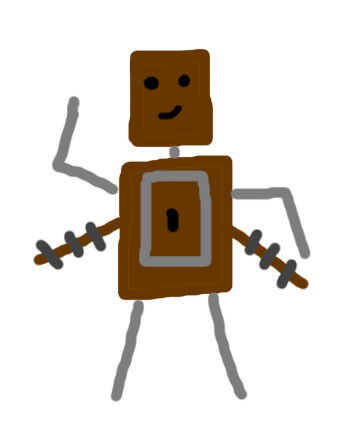 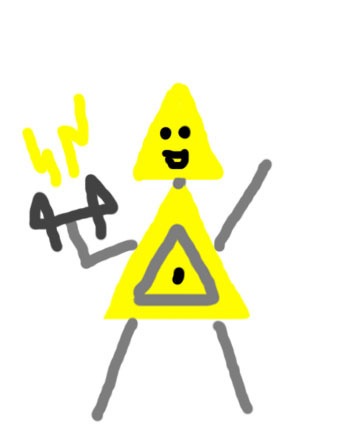 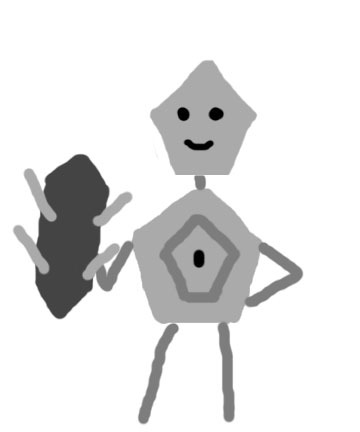 If any users want to become a Shapherian, just ask! You can also pick a shape to be based off of, color, and a weapon of choice if you like, as long as both are fairly simple and don’t require too much detail or realistic features. I started with a few special characters with special features.

First we have the one and only @Mesonak , equipped with wings, teeth, and the Amazin’ Raisin that works unspeakable magic:
Here we have the Master of the Tide and Mangosteen, @Eljay, with a Mangosteen blaster, and the inter-changeable constraction thingamajig: 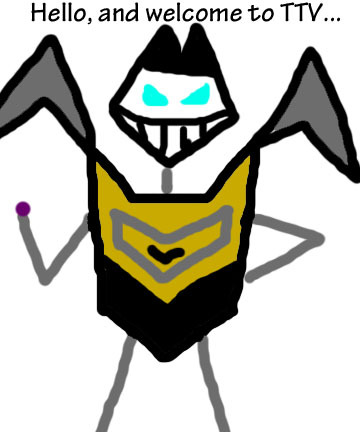 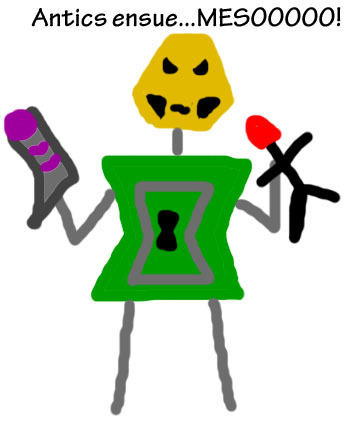 And of course, we can’t have Tahu without the one and overpowered Omega Tahu, fit with muscle-lines that don’t even match proportions: 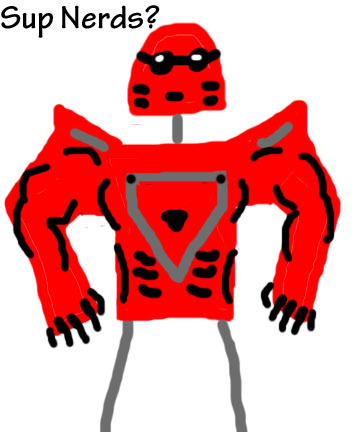 Suggest a friend, I’m sure they won’t look all that bad as a simple shape-thing!
-Oonie

12/7/14 Wave 2
First up, we have the wonderful Mr. @MaximumWarp (requested by Mr. Slime) using the pen (that is also the sword), and the pad (that is also an ipad). He also has an alternate face. ;D 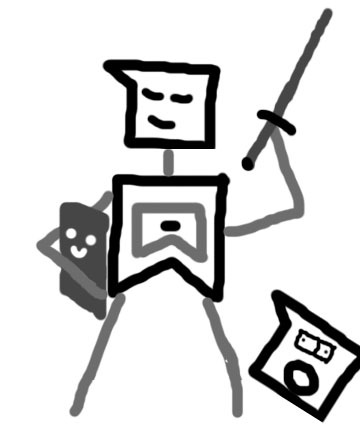 Next we have @squeaverking donning the beaver tail. He holds the nut of the squirrels, and the stick of the beavers! 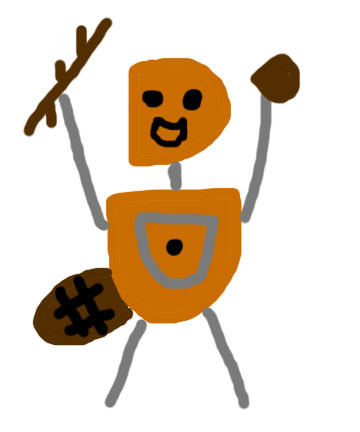 Here we have the politician himself, @Political_Slime suggested by Hawkflight. Very unique coloring, and even more unique arsenal. He wields the thumbs-up saber of approval, and is accompanied by his conscience sidekick Nu-Mat-Ruru! That tie though… 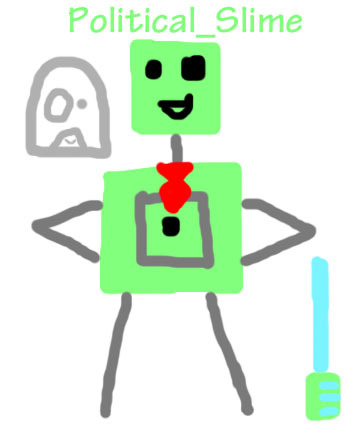 Another new character, here’s @LelouchViBritannia sporting a rather unusual combo of body shapes. He dons a tesseract(-like thing) for a head/helmet, and a decahedron for a body, the best kind too! He has his requested stripped cane, that looks more like a candy cane… 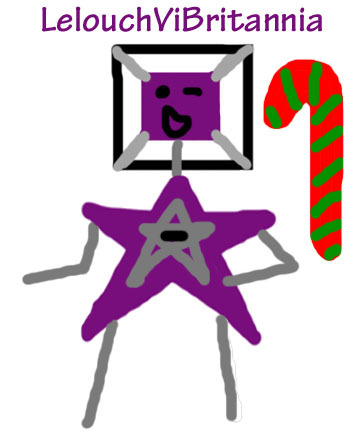 12/9/14
Here we go! We have here @Payinku with a very tribal look, wielding a spear and shield! Next we have @BioRaiders532 requested by the good BeefJStag. This guy has not one single weapon, but instead wears two wristbands that conjure a claw and an elemental bolt! Rounding up this batch we have @Ice in all his icy glory. He has twin blades that combine into one staff, and of course an ice cube. 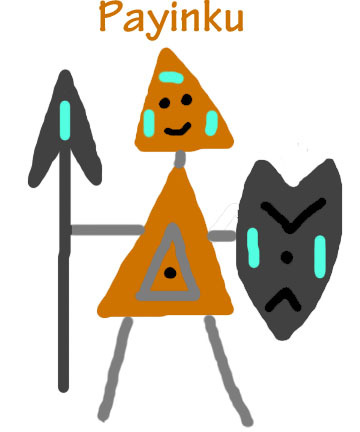 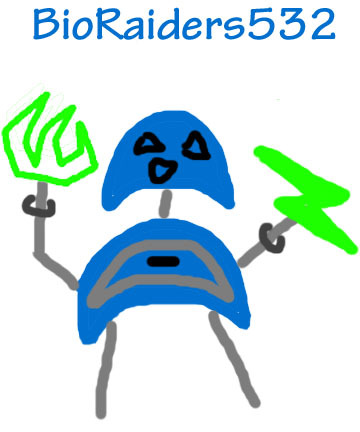 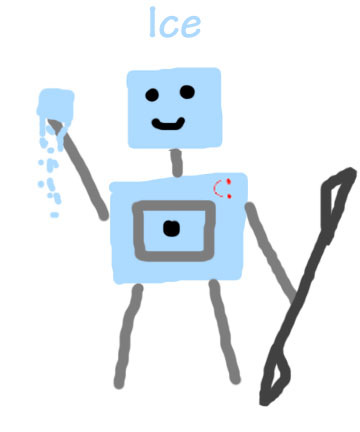 it is necessary for the survival of the human race

Could you draw the rest of TTV too?
And @pot8o

I must see more of these.

I wanna be drawn as a purple tesseract with a red and green striped cane plz.

If you’re not up for the challenge of the tesseract, then I’d take a purple decahedron.

Oonie, I would love it if you could draw @BioRaiders532.

But make it handso- I mean nothing.’

That pot8o guy, so cool and stuff

I also learnt that you can bold @names

Why don’t I request myself now?

Black, with a hoodie and a Silzer foot on my mouth. Any sort of melee weapon works.

Would love an adaption, these look fantastic haha

I love mine, thanks

You should totally reboot Shape Wars with the new Shapherians

If you’re not busy, I’d like one as well if you’re okay with that.