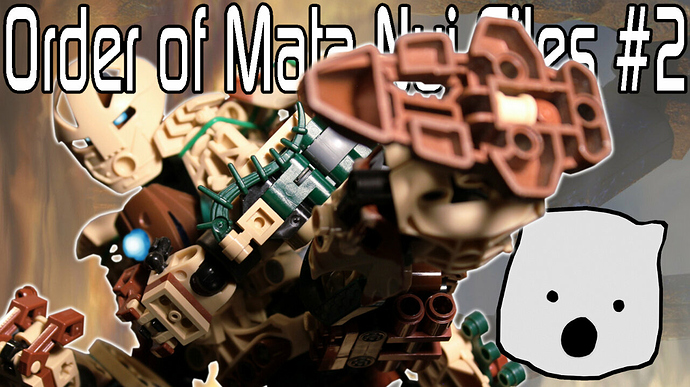 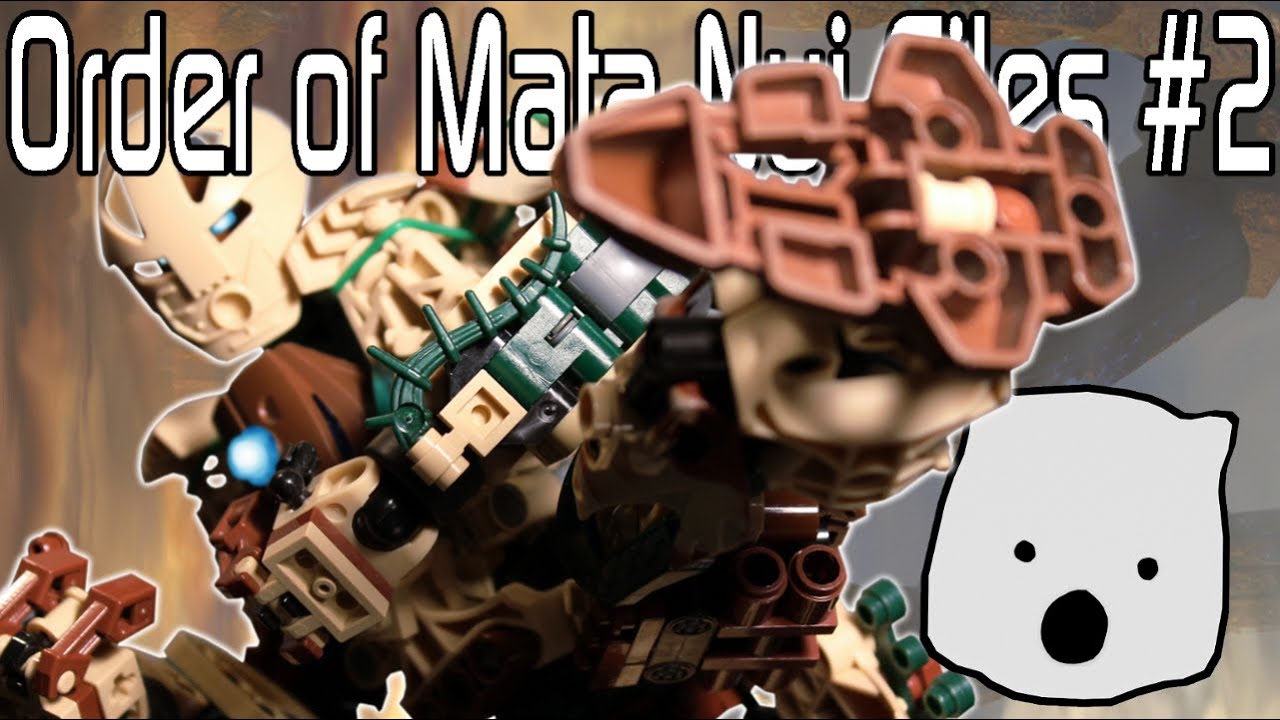 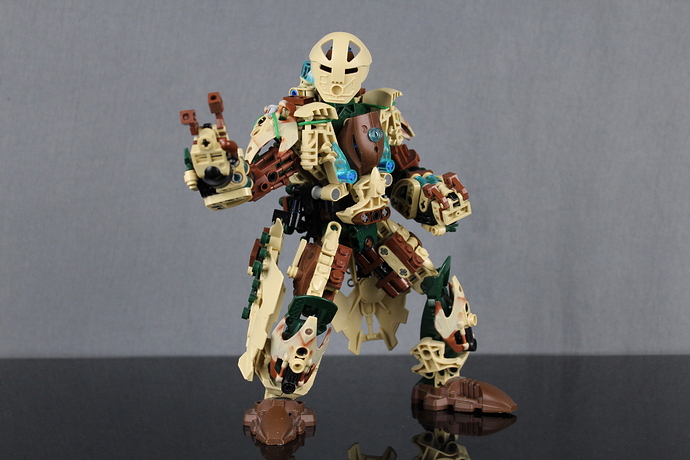 The Vorox were not always a feral race. Before the shattering of Sphereus Magna, the stone tribe were just normal Matoran/Agori. They were once technologically advanced, even. When the great jungle of Sphereus Magna became the planet Bota Magna, the Vorox that were stranded there remained that way. They blamed the shattering on their reliance on technology, and switched to using more natural materials as their primary resources.

Once on Bota Magna, they reformed their ways. As they became used to the forests of Bota Magna, even their outlook on life changed. They became more meditative, more intelligent. They adapted to the forests and jungles. In doing so, they discovered the ablity to manipulate their own life forces. The masters of manipulating life energy even formed more heartlight-like nodes on their bodies. Gammoth was one of these masters.

Gammoth started out as a normal Toa/Glatorian warrior. Once he was stranded on Bota Magna, he trained… and trained… and trained even more. He worked himself day and night to achieve the peak physical condition, as well as communing with nature to be able to master his own life energy. He also became a master at fighting with punches and kicks. Due to the forested environment of Bota Magna, Gammoth also started to grow vines and moss on his body, as did many of his tribesman.

Once he could control his life energy, he weaponized it. Gammoth became able to fire short bursts of his life energy from his punches and kicks, and create small protective barriers out of it as well. Since using life energy as an attack does not weaken the fighter, he can perform quite the flurry of deadly attacks. Life was peaceful for Gammoth on Bota Magna. He lived with an elusive tribe in the forests, and only faced combat when defending his people from wild animals. That was, until the Order of Mata Nui discovered him.

During one of their missions on Bota Magna, some Order of Mata Nui members came across Gammoth while he was on a hunt for his tribe. They startled his prey, and Gammoth lashed out at them. In the fight that followed, Gammoth managed to knock out several of the Order members, until one of them finally stopped him. They then asked Helryx what to do with Gammoth, and she advised that they recruit him. Leter, the Order tracked Gammoth down and presented him the offer. At first Gammoth was reluctant, but, decided that he was due for some adventure. He notified his tribe, who wished him the best, and was then taken to the OoMN headquarters.

Once there, Gammoth was assigned to several missions, all of which were successful. He was then presented the full time task of being the front line of defense for the island of Daxia. He graciously accepted, and now serves as the unwavering gatekeeper to the OoMN Headquarters. Well, almost unwavering. He sometimes dozes off at his post. Guarding the most secretive location in the Bionicle universe can sometimes get a little boring… 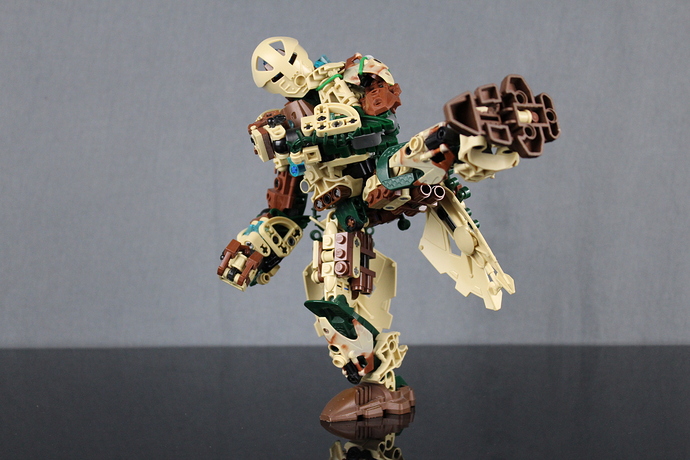 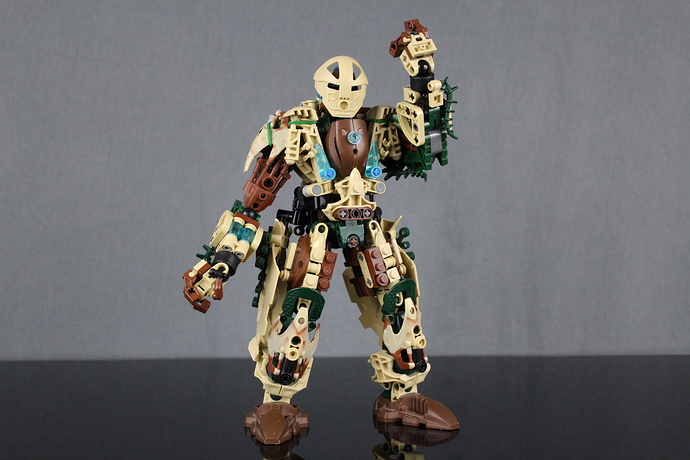 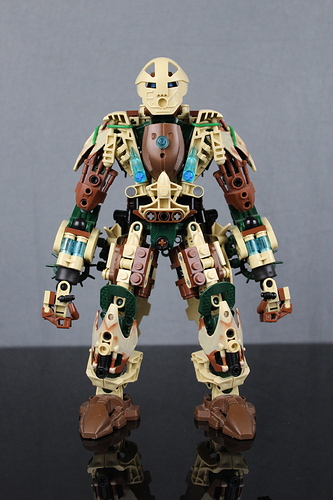 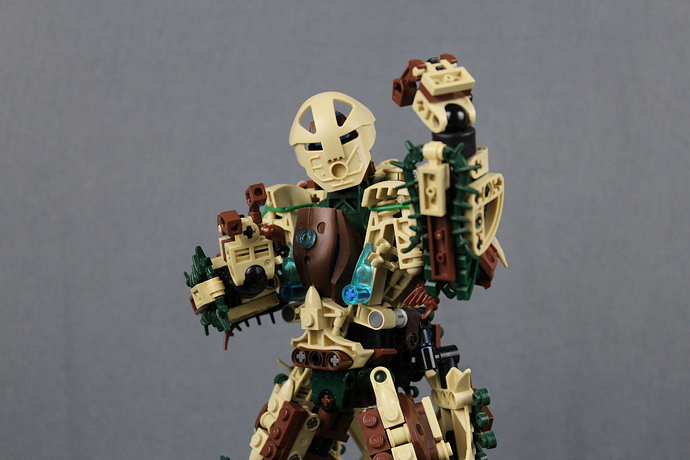 Thanks for checking it out!

Man I love all your mocs and also your style of mocing, all the limbs and torso are as solid as they look. Great moc!

The MoC is really good and I love the colours!

I think the color scheme could use some work with the distribution. The placement itself of the green and trans-light blue seems sort of random.

A bit messy for my likings, color is a bit odd also.

Though the overall moc looks excellent.

It does look a bit chunky, but the colors and the poses and a lot of the building choices really do it for me.

Very nice colour scheme, quite unique, and i love the overall design choices put in here. I also find that the system usage works very well. Solid as MOC dude

you got my seal of approval

For construction, this is the best moc I’ve seen on the message boards.

A little cleaning up (especially those thighs) wouldn’t hurt at all.

But, he looks his part, and I see some pretty good NPU in there. Just a bit too cluttered for me, but I think it’d be

I like the integration of green in the color scheme, very different for a Toa of Stone but it works well here.

This is by far one of your best MOCs.
I love the color scheme, but it could use a little better distributing.
Besides that, this MOC is great.
10/10

Its a bit messy but it works with your style I guess.
I really like the shield pieces used as skirt armor.

Cool! Gammoth is one of my favorite monsters! 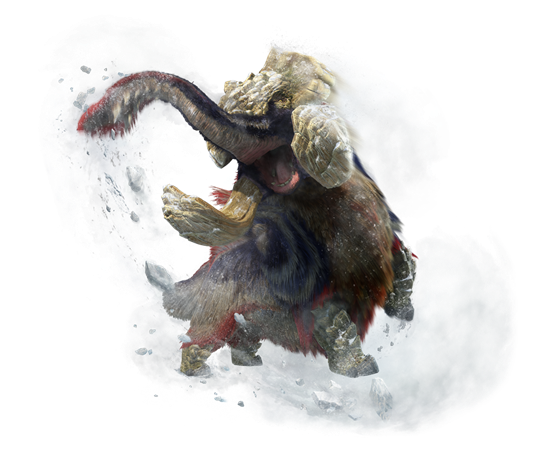 In all seriousness I do realy like this moc. It pulls off the big and bulky look well without making it look cluttered.

This is a great moc. I love it. Seems a little large to be a vorox tho but the moc itself is still amazing.