you may or may not have seen Origan, Toa of death the other day, he is the 3rd instalment on my Origan Self Moc, but i kinda rushed his release and didn’t wait to finish my leg design, so i left him with his old, gapy legs, what i loved, but everything looks better to the creator , anyway , i got comments also pointing out his legs so i rushed to work to finish his leg design , one i have been working on for some time now, so i hope you enjoy his new Tree trunk leg like design

They are Thick and he got a booty XD
Age : 6056
Species: Toa/Bohrok(Previously), Deity(Previously), Toa (Current)
Gender : male
Elemental Power : Power of Possession (previously), Divine Power Of Death (Previously), Toa Power Of Death (Current)
Ability and weapons:
Dekon : (Teleportation over small distances)
Shadow Form: (Regains a small amount of divine powers and two Shadow arms appear from his back)
Demote: Bring back a Dead body (Has to have been killed within 24 hours) back as his slave
Back story: After Defeating his father , Promiatus , Origan Reset the God line, as his father was a God of Creation… In doing this all current Gods, including Himself where reset to there previous self, but as he was a hybrid before, something banned throughout the cosmos, he was given the body of a Toa Mata.
some how , he kept the ability of death, but not to the extent he had it before, he was more of a necromancer know, he could not control death, only bring back them as slaves to him…"
Appearance: 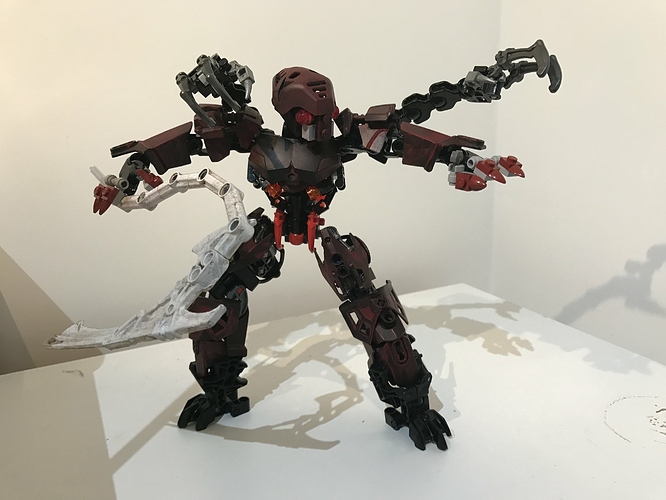 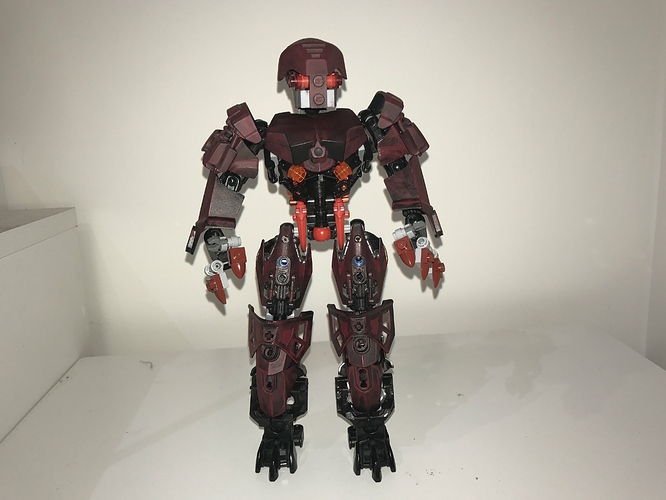 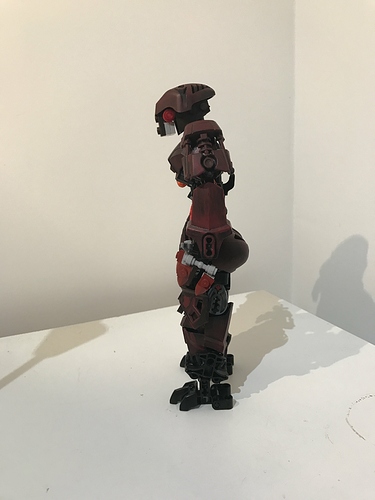 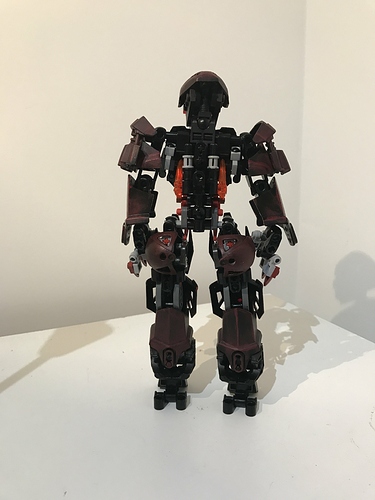 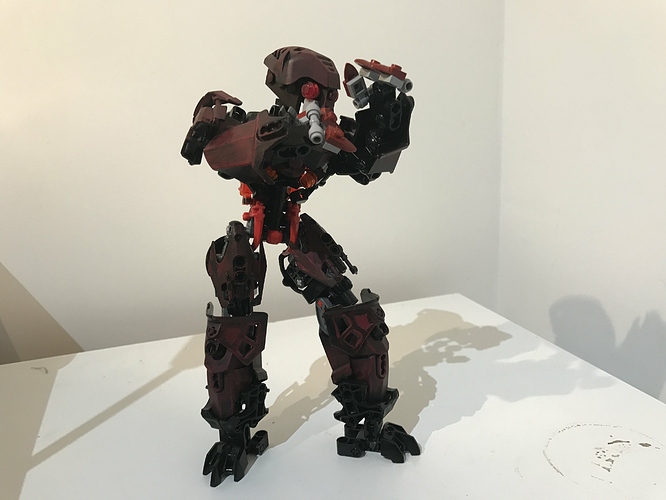 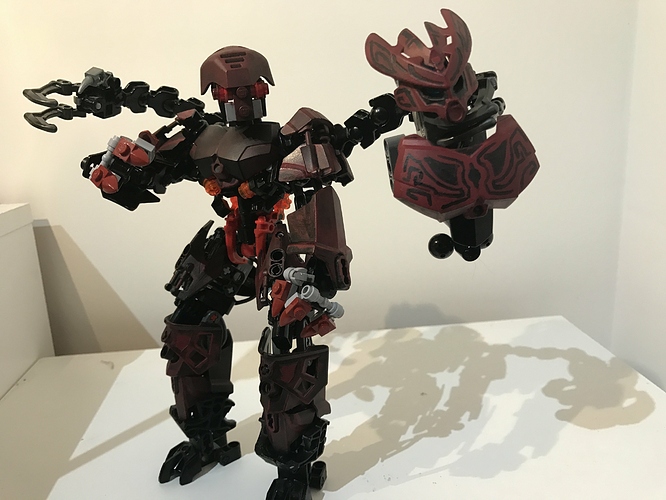 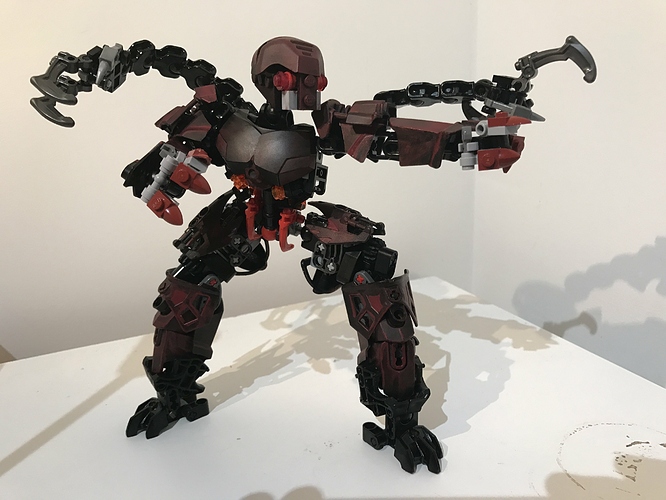 I thought Oregon was a happy state

He goes to Leg Day’s house, kicks down Leg Day’s door, and then kicks Leg Day to death.

It really is a great workout…

@EvilLobsterKing w crap you figured out my routine ;-; , now you too get get legs as ripped as Origans

well then
This is quite the marked improvement! The legs no longer look like they belong to a different MOC, leaving the whole thing overall much better. Nice work!

I’d say the next thing on the chopping block would be to paint his fingers. Technically they’re dark red so they shouldn’t stand out, but because the custom red is a deeper tone they do. I’d say painting those or making them black would improve the consistency even more.

Ok Thanks @Ekorak !! i appreciate all the advice and help you are giving me

You’re so good at painting parts!
I wish I had the courage and/or money to paint my parts

also i am no where near good , im alright, but there is so much more im planning on doing, im hopefully gonna get an air brush soon and start doing stuff with that etc :), just practice on some old broken parts

i would recommend citadel paints but they can be expensive, like £4 for a little tub (i don’t know how many dollars they are :l )

the butt is kind of random,otherwise this is a huge improvement

@Ghosty the booty is a small inside reference to my self and irl friends , as i get made fun off , allot , for having a bit butt lol XD so i had to throw it in hahah as it is a Self Moc XD

The legs are definetly an improvement over the previous ones, and definetly fit Origan better now.

Very nice, the legs fit greatly with the rest of the design and the paint job is phenomenal as well.

@Stoax Thanks , i like the new leg design too, still some stuff i want to work on though haha XD