I think it’s safe to say that Overwatch was a worldwide gaming success. Blizzard’s latest hit stormed the shelves with amazing gameplay and some really good story to go alongside with it. On the surface, it is a classic Superhero story about a world in distress, but it has a layer of mystery and depth, narrated through cinematics, comic and recently even in-game events.

I appreciate this game and I certainly know it is also quite flawed. But I thought setting up a roleplay in its universe would be pretty neat. So here are some rules, information, and guidelines to get you started on your first character in this Overwatch-themed roleplay.

Appearance: (Short description of what your character looks like. May include a picture reference.)

Backstory: (A rundown of your character’s backstory. Doesn’t have to be too long, but make sure to write down important events in their lives.)

Personality: (Who is your character as a character? How do they act? What/who do they like/dislike?)

Although the world was saved from the terrible Omnic Crisis nearly 30 years ago, many still live an uneasy life as a result of the great war. Now, with Overwatch disbanded and villainous organizations running freely, the World needs its heroes back more than ever before…

OOC: The premise is identical to the official Overwatch storyline, except none of the canon heroes exist in this roleplay. They will be replaced by players and their own characters. This means nobody can RP as Reaper, Winston, Tracer etc… This means any character can change the world, lead Talon or Overwatch. Everything is left to player choice.

-No Metagaming: your character doesn’t know what’s not known in the universe. Don’t use OOC knowledge to spoil the game.

-No Godmodding: your character isn’t god’s gift to mankind, they can and might die. They are not immortal or perfect. You also can’t dodge every attack or assume control over characters of somebody else.

-Don’t mix OOC/IC: Show some respect to your fellow RPers OOCly even if their characters are colossal spoilfuns ICly. You as a player are not your character, so don’t be upset if people don’t get along in the universe. We are all friends.

-Use The Third Person: The preferred way to RP in here is to use third person and past tense. Please, avoid using the first person when talking about your character or talking about them in present time.

Player List
RP will start once we reach 5 members. There is no limit to how many people can sign up before or after that.

Appearance (picture when I have time) Has a mechanical arm that allows him to place micro-mines, or place capsules to enhance the combat abilities allies, and his robotic arm is able to turn into cannon that fires red energy balls and goes as far as 30 meters and can put a dent a heavily armored . has purple highlights in his hair, has v shape goggles that are purple. has long hair like marvel thor.

Backstory: Antonio was raised in New York by his uncle who was abusive, Antonio served in the omnic crisis as a military technician but despised overwatch because when he was working at one of his basses(all apart of a conspiracy unknown by Antonio), Blackwatch raided the base and killed his fellow workers and comrades and survived as the only one left in the base cementing his hatred of overwatch, once talon had found the base and taken it as their own he joined talon and volunteered to have his arm replaced with experimental technology and was given the codename rapture

Personality: is cold and calculating after witnessing what happened to his comrades(think shockwave from idw comics) likes his soldiers following orders and everything going to plan, dislikes insubordination and overwatch

Strengths: IQ of an omnic, enhanced strength in right arm, fast, and stealthy

Weaknesses: if codeword (einstein) is said arm will shut down, arm sometimes malfunctions

Please, add how strong and far can your canon shoot and we are all good.

there ya go, edited and ready to go

Backstory: Lucas was born in London England but raised in Chicago, His father was part of the Mafia. Lucas didn’t see his dad much because of it, his mother left when he was young. But one day his father didn’t come home, Lucas went to investigate and found hid father’s body in an alley. He left the city and traveled to England where he lived until the events of the RP.

Weaknesses: Will break when interrogated, not very sentimental

Name: Project ADP Proto
Age: around 4
Occupation: currently N/A
Affiliation: Unknown, to him and others.
Appearance: Beat up robot, primarily silver and smooth, with small bits of rust. Average human size in height and build. Face is a black screen looking thing, but no lights on/in it.
Backstory: A prototype robot built by a currently unknown company, planned to have adaptive qualities. However, the project was canned and he was planned to be scrapped, but was lost during transportation. A few years later, a glitch in his unfinished programming caused him to reboot online, albeit in a slightly decayed state. He now wanders around, having only reactivated not even a day before the RP begins.
Personality: innocent, curious and calculating, with an occasional glitch sometimes removing the innocent and curious part for determined and deadly.
Strengths: short-term/temporary self adaptation abilities, can hack into less secure items he attatches himself to.
Weaknesses: his curiosity can much more often then not get him in trouble; he glitches out on occasion, to unfortunate results, such as total shutdown and reboot, temporary loss of abilities, his or copied, and the occasional bloody rampage.

Appearance: tall wears a suit of armour, has two robotic arms, wears a brown cloak and a mask.
Backstory: durong a daring expedition wraith (keeping identidy anoumus) found a cavern made by an ancient species, so excited by the find wraith became a tad reckless and a trap sprung taking of both of wraiths arms.

Personality: dark, angry, but adaptable, and depressed, hates all but a few living things

Strengths: physically strong, can teleport, weapons (twin flamethrowers, one on each wrist, an electric attack thats basically force lighting, knives and a pistol) and disguise, wraith can disguise itself since nobody knows what it looks like.

Weaknesses: if the power pack on wraiths back is shot, this disables teleportation. THey are also weak to electromagnetic pulses, because robot arms.

Backstory: Lillian was born in Ireland but was raised in America during the comic crisis she lost her parents since overwatch wasn’t there in time thats when she started to hate them and joined talon ((though I don’t know what else to put)) 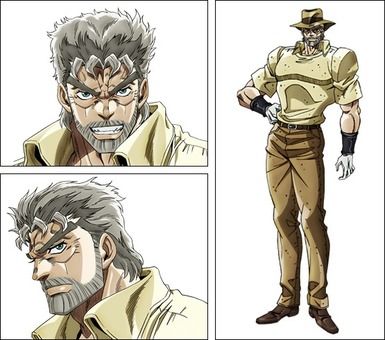 Backstory: Jayjo after his parents died (14 years old) after being crushed by rubble from the omnic war he enlisted into overwatch to help them so what happened to his parents doesn’t happen again, he invented a solid hologram figure to help him during missons, he wears the generator on his back (16 years old) 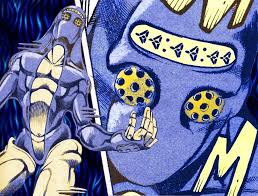 Personality: (Who is your character as a character? How do they act? What/who do they like/dislike?)
he is an intelligent prodigy Who makes people feel safe around him, no person left behind kind of guy, slight rocky feeling on omnics

(that kind of feeling)

Strengths: (Your character’s physical strengths. Limit: 4)
his partner, technologic can lift 3000 kg by himself
technologic can turn his hands into any tools except swords or guns only shields
he can however shoot small stones like bullets
when technologic is on he can make jayjo faster
Weaknesses: (Your character’s physical weaknesses. Minimum: 2)
he himself is vulnerable when his partner is too far away (5 meters)
he has to recharge for 3 minutes before using his partner again

I’m gonna close this, sort to those who applied recently. @MakutaTexxidos feel free to PM me if you’re still interested in starting this and I’ll reopen.