Pik was briefly featured on my self moc, but he has been upgraded enough since then to warrant his own page. He was an intelligent rahi of unknown origin, and was taken by Makuta to see if he held the power to create the Mask of Ultimate Power, Makuta found nothing, however, and discarded the yet unnamed Pik’s broken body. Pik, however, had an interesting power. He could, once in his life, transfer his spirit to another body. He chose a mechanical lizard that was next to him. As soon as Makuta saw this, he threw Pik, yes threw, to another island. There I found and adopted him as my traveling companion. 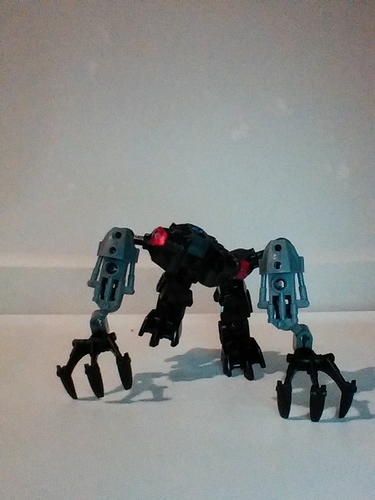 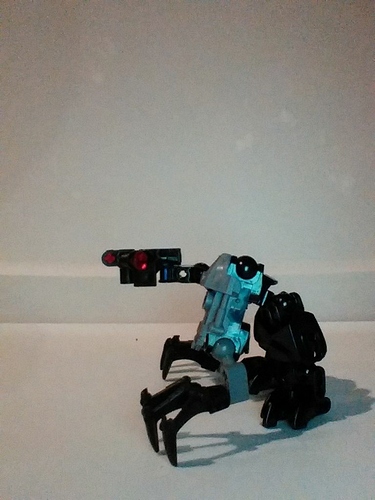 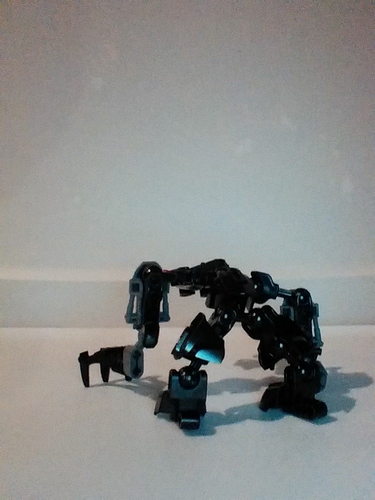 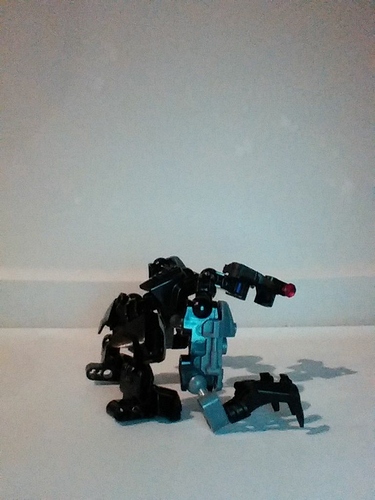 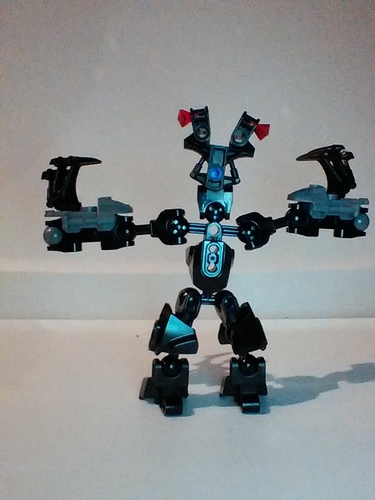 The poseable eye stalks are a little off-putting to me. The head also seems a bit…long.

I may try and MOC it if I can find the parts.