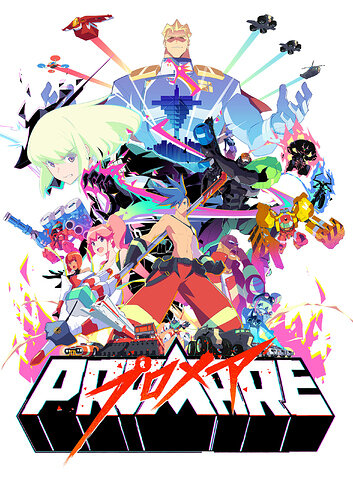 A movie by Studio Trigger. My experience with Trigger is limited, but the previews for this were stunning. Since then, I’ve been anticipating the movie, especially with the MOCs that ToothDominoes and Prince Galidor have made. When they approved, I knew it had to be good.

And seeing it last night, I have to say, this movie is one of a kind! While the story was a bit fast-paced for my liking, the visuals, characters, and ethics were great. I don’t really have the time to touch upon too much, but here’s some quick thoughts.

* Lio de Galon vs Kray X was hilarious. Basically, Galo and Kray just “flex” on each other, displaying their Mecha’s absurd abilities. Kray’s mech can turn buildings into farmland. When Galo mentions it, Lio makes a giant Matoi and Galo calls the move, “Matoi Decked Out.” There’s also a cool kick move, and Kray X has a chest cannon is supposed to freeze things in place. I remember it’s “below zero degrees,” and it’s his ultimate move.
* Burnish Kray was too cool. His face was just so exaggerated and extreme. The arm he supposedly lost, well, he can make himself an even bigger, insane-looking one, using his powers. And HE. HAS. WINGS. Enough said.

If you saw Promare and have some thoughts, feel free to discuss.