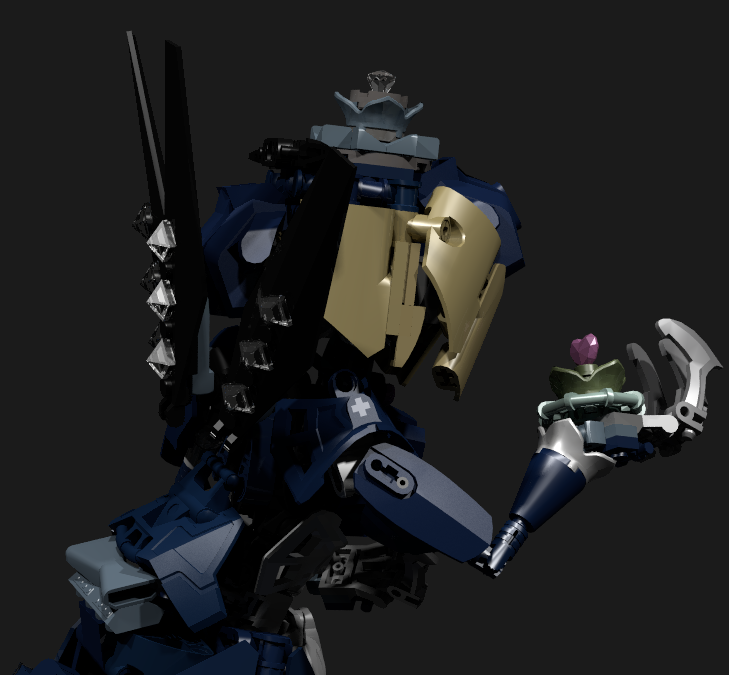 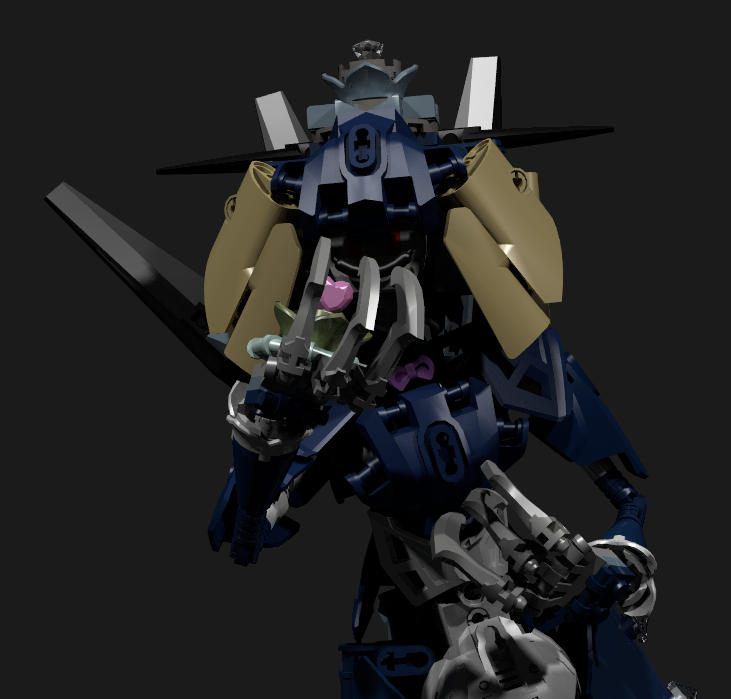 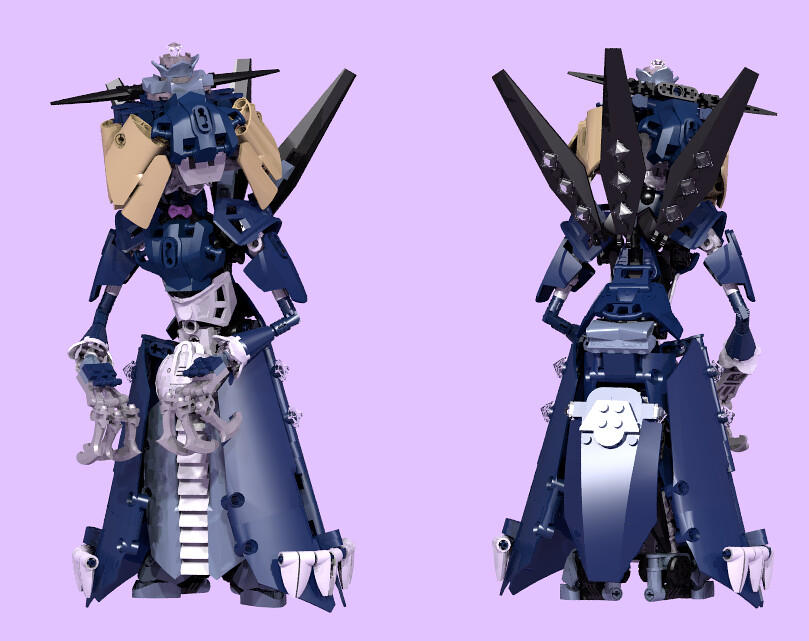 Born from the Lunar domain, she rarely leaving her residents, however she often gaze upon the distance at the Dusk Shore.

Despite being a maiden, she’s the Branch Chief of the Lunar Empire. If the Empress decease without a child, Qlenasy will take the throne.

One of her unique trait is to switch her face: 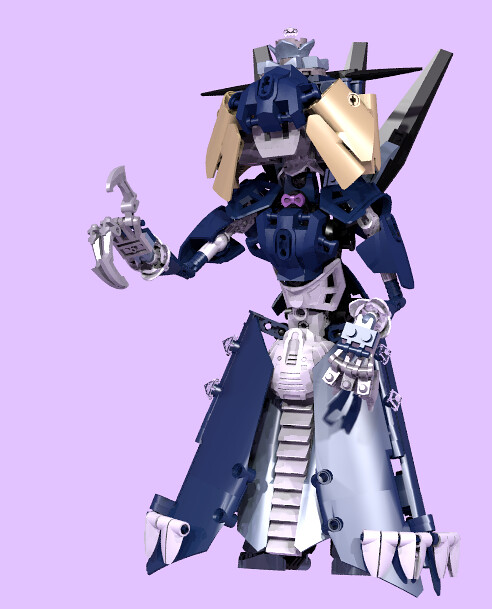 Her vanilla state.
Despite the lack of expression in this form, she can still use small portion of her other 3 facial power in this form. 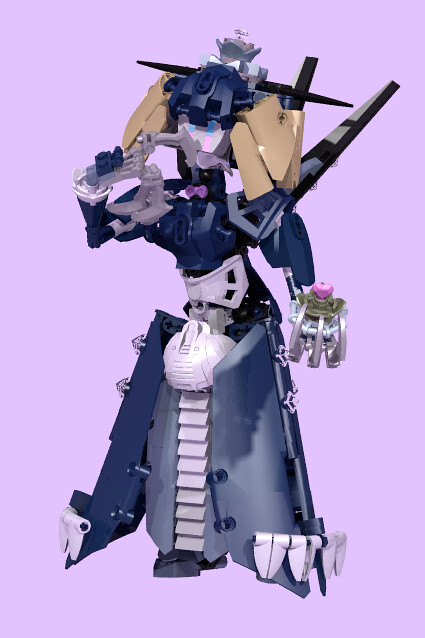 Although this is her kind form, she can still pose a treat in this form.
The Jantukum Flower is an exclusive plant found only in the Lunar Valley, but it can also act like a bomb by fluorously combusting. 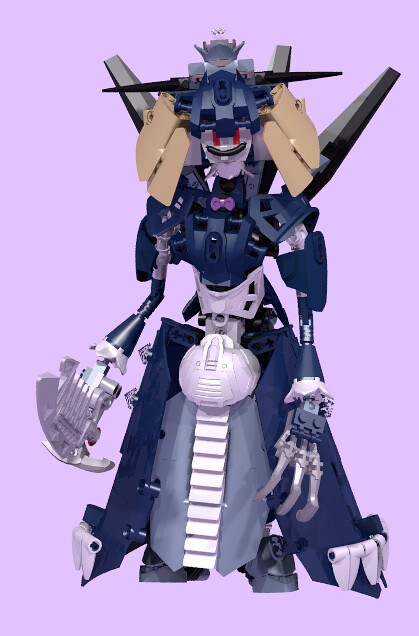 While shes not psychopathic or suffer any mental illness in this form, it’s know to be the most dangerous from all 4 forms.
A cut from the Schizo Blade open up a gap of fear and have the psychosis intestate their mental thought. 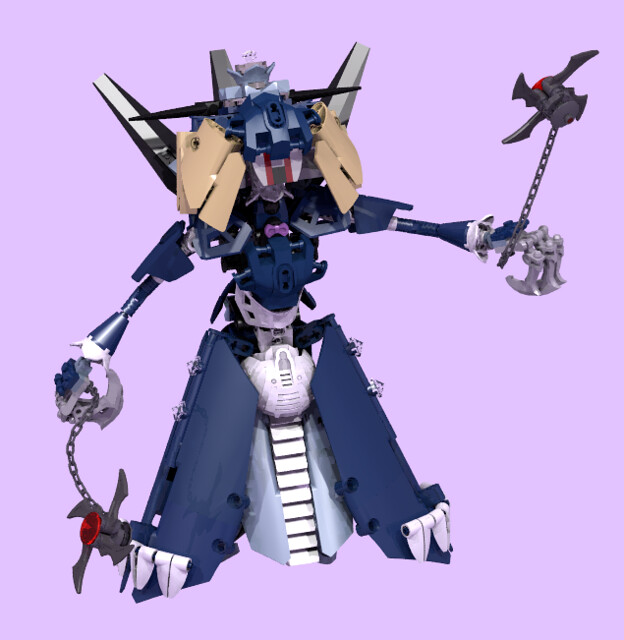 With tears of blood pour through her eyes, her challenge is dreadful in this form.
The Dual Grim Flail-Blade create vase energy which can duplicate itself in combat.

The character is based on Crimson Queen from MapleStory.(fml):
https://s20.postimg.org/w8zx4c3t9/bloody-queen.gif 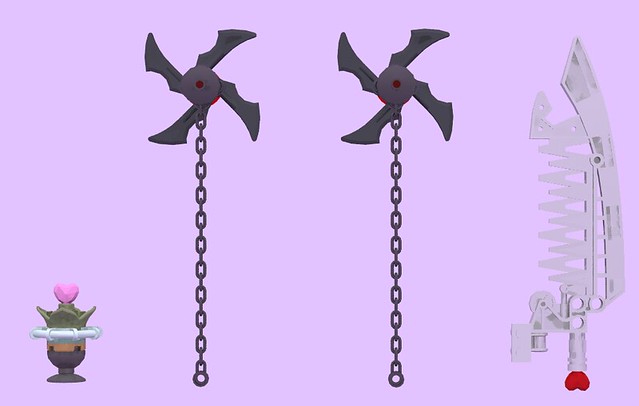 You stole my comment. Anyway I like it; each face is expressive even for a simple brick build.

With tears of blood pour through her eyes,

Pretty great, most of the faces are recognizable for the expression they are conveying (except for sorrow, I just can’t see it. Maybe it’s the lack of eyes?), and the body itself is well built.

Oh… you gave her feet…

Man this is pretty epic. I love all the details and especially the spinning face. Nice work.

That what I got the idea at first, but the concept later changed.

Oh… you gave her feet…

Not sure if that a con, it’s the same design as Halfire: 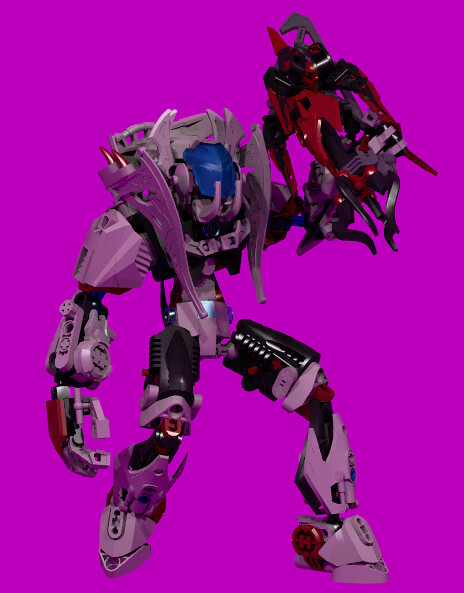 Not sure if that a con, it’s the same design as Halfire:

Not really, it just is barely noticable behind the dress, and I don’t know if I like the feet or I would like her to float magically.

Well this is quite unique.

A very expressive design, literally. I like how the face switching feature was integrated, working in liaison with the design instead of detracting from it. The sort of decrepit stature contrasts nicely with her beautiful facade, making for an all around interesting designed MOC.

Really interesting design, the face feature is cool as well.

All I can think of is how much better than the Alpha Quintessons toy this is.