Seeing as there wasn’t a topic for this band yet I thought I aught-to make one.

I guess I’ll just start with my one of my favourite songs of theirs: 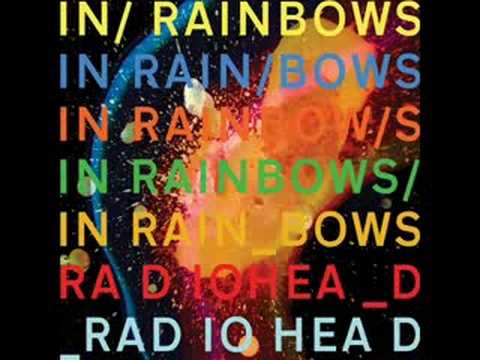 I’m a big fan of The Bends and In Rainbows. I have a hard time fully getting into OK Computer and Kid A, though I think I’m starting to come around on liking Kid A more after 6 years now… oh and Hail to the Thief is pretty good too.

Love this band. My favorite albums are Kid A, A Moon Shaped Pool, OK Computer, and The Bends (probably in that order).

I have a hard time fully getting into OK Computer and Kid A, though I think I’m starting to come around on liking Kid A more after 6 years now

Just wanted to come back to this. The other day I was at my friend’s house listening to his OK Computer vinyl and like… I don’t know. I’m very familiar with the songs at this point, it’s very easy to even sing/hum along the tunes but… there’s some feeling to the album that makes it hard for me to enjoy it a lot. It’s almost a 4/5 for me but not quite there. No Surprises stuck out a lot more for me this time though.

I then listened to Kid A the next day and honestly, I really do feel like I enjoy it more, ever so slightly. In Limbo through Morning Bell is probably my favorite chain of tracks.

Just found this thread 'cause I’m on a spontaneous Radiohead binge. To put my feelings flippantly: I like them when they’re making songs, but not so much when they’re making noise. In Rainbows and Kid A (at least parts of it) are probably my favorite albums of theirs. I like OK Computer as well, but I’m kinda in Invi’s boat–it just doesn’t click for some reason. I think some of the songs are more focused on fitting the style of the album than on being memorable songs in their own right. I’d probably like The Bends, but I’ve just never gotten around to listening to it for some reason (though I do like Fake Plastic Trees, which I like to call one of the best U2 songs U2 never made

Edit: Just listened the The Bends. Pretty good album, very 90s, made me appreciate how much the band has mellowed out over time.

Kid A might be my favorite now but not sure, it is definitely up there now. A Moon Shaped Pool I listened to recently and that is actually really good too.

yeah, Pablo Honey and The Bends are super 90s, it’s obvious to see through how a lot of the songs sound if you compare them to their contemporaries at the time

i for one can’t stand Pablo Honey, but The Bends is pretty solid.

Kid A might be my favorite now but not sure, it is definitely up there now.

Kid A is a weird album for me. I really like about two-thirds of it, but stuff like “Treefingers” just doesn’t do it for me at all. I understand it’s about textures and creating a mood and not melody, but I just don’t enjoy listening to it. And “Optimistic” is a good song, but does it really stand out from stuff by other alt rock bands? I dunno. “How To Disappear Completely” is one of my favorite rock songs ever, though.

A Moon Shaped Pool I listened to recently and that is actually really good too.

That one grows on me a little each time I listen to it. The first few times I thought it was boring, but I’m coming around to think of it as “subtle” instead. It’s too much of a downer for me to listen to very much, though.

i for one can’t stand Pablo Honey, but The Bends is pretty solid.

Yeah, I’ve tried listening to Pablo Honey a time or two…I think there’s a reason why Creep is the only song people still remember.

i think Ripcord and Anyone Can Play Guitar are pretty acceptable alt rock songs. other than that i completely agree with you

OK Computer is the best record for night drives, change my mind

That may be so, but I’ll be darned if The National Anthem and Idioteque from Kid A aren’t even better for that purpose, even if the album overall isn’t. They both have a dark groove that really does it for me.

Both OKC and Kid A are really good for just drives in general. I think I would take some of the soothing sounds of Kid A to reflect being out on the road more though, eg Everything In Its Right Place, How to Disappear Completely, Morning Bell

Side note, when I was in Thailand this summer I had a day where I was out exploring places and playing The Tourist on repeat

Both OKC and Kid A are really good for just drives in general.

Invi with the real truth lol

Also I have to say, I love How to Disappear Completely more than words can describe. I didn’t discover it until college, but it reflects how I generally felt around the time it came out strangely well

I did grab Kid A based on that recommendation.

Though I have to say Treefingers (I think that was the name) might be my favorite track from that album.

I’m glad you were able to find enjoyment where I wasn’t lol. But yeah, 'tis a neat album.

They don’t swear that much. But I guess don’t listen to their most famous song Creep.

It’s not as much swearing tho if it’s worse than like ■■■■ or hell its a no, except Moonage Daydream as themes. Whether it’s like welcome to the jungle by Guns N’ Roses or more literally talking about questionable themes like that or other themes

Still not that inappropriate I think